Hiroshi Kubo: The Power of Eyes and Hands

A special exhibition at the Sakura City Museum of Art 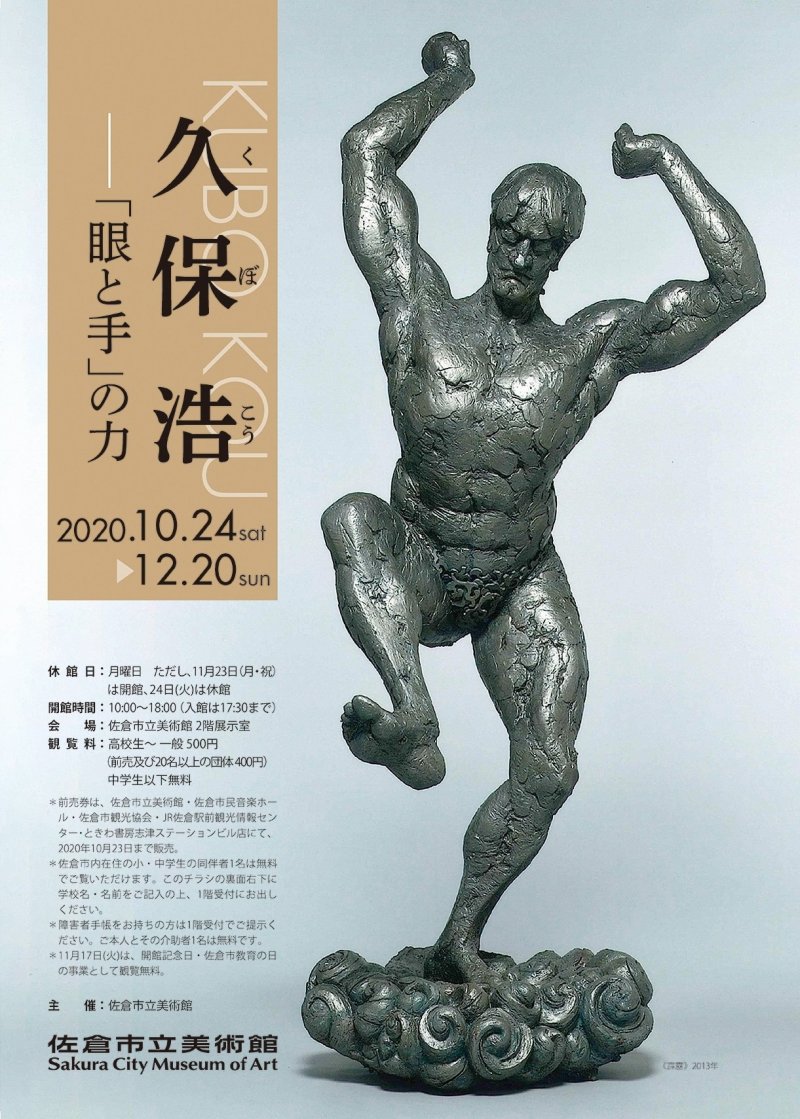 Former Sakura-based sculptor Hiroshi Kubo has a range of works displayed across Sakura City, including pieces outside JR Sakura Station and Yukarigaoka Station to name just a couple. A special event at the Sakura City Museum of Art from October 24th until December 20th looks at a variety of sculptures created throughout his lifetime.

Kubo was regularly quoted as saying "everything that exists in this world is three-dimensional", and was known for never sketching his sculpture plans in a 2D format.

For those driving to the museum, it is located approximately 15 minutes from the Sakura Interchange on the Higashi Kanto Expressway. Free parking is available at the nearby Sakura City Parking Lot.