Three Things to Eat in Echizen

Some amazing flavours hidden in this gem of a city

Besides its famous washi village and knife culture, Echizen City in Fukui Prefecture also has what locals call the 'Three Best Dishes of Echizen'. Namely, oroshi soba, boruga rice (sometimes spelled: volga rice) and ekimae chuka soba. Being the slight glutton I usually am, I was delighted to find out that such a reputation exists here, and hence this article is dedicated to giving the Big Three a taste test.

Oroshi soba is Echizen's signature, a traditional dish enjoyed by locals here. Oroshi soba is mainly buckwheat noodles, and because of this region's climate and altitude that makes it perfect for growing buckwheat it is no wonder the food has become famous cuisine. Two renditions that I had of oroshi soba was in the form of set meals: one with a comforting katsudon and miso soup, and another with onigiri rice ball. Both oroshi soba had the same flavours: springy noodles that had a lot of bite, accompanied with spring onions, grated daikon (radish) and bonito flakes, and is usually served cold. Partaking of oroshi soba is a refreshing experience - the lightness of the ingredients is easy on the palette, and is definitely recommended for those wishing for a temporary departure from rich or heavy foods.

Volga rice (Boruga raisu, ボルガライス), a dish meant to look like a boat carrying packages on the Volga river in Europe, ​consists of an omelette wrapped around rice cooked in curry, with crispy tender pieces of pork sitting on top and drizzled with barbecue sauce. Although not a traditional dish like oroshi soba was, this dish was made popular by Hatano Tsubasa, one of Fukui's brilliant journalistic minds, who wrote passionately about his love for Volga rice, and has now made its way to one of the Big Three. I had a chance to try out two renditions of this, the first one at Yokogawa Bun Ten, a popular Volga rice restaurant about a 10 minute walk from JR Takefu Station, with an easily recognisable logo. The one here was exquisite in taste. The pork cutlets was crisp on the outside, with juicy pork belly on the inside, and went really well with the omelette and curry-cooked rice.

The second Volga rice restaurant was Ishikawa, run by an elderly couple whom the Echizen locals seem to simply adore. Perhaps it was their soft-spoken disposition that drew people into their modest restaurant. But - don't let that alone fool you, for there is a reason why Hatano has named this Volga rice restaurant his favourite. The curry rice, accompanied with various ingredients, was wrapped around by an omelette and had a pork cutlet so good it was just oozing out flavour. Couple that with a small serving of creamy seafood soup on the side and a warm, friendly atmosphere, and you pretty much have a winner.​

Literally meaning 'Chinese noodles in front of the station' due to its easy accessibility by a 11-minute bicycle ride from JR Takefu Station, this dish is really more a ramen than a soba dish. One famous restaurant serving up this deliciousness is Wakatake Shoukudo (若竹食堂). A restaurant with simple interior decor, it is usually packed with office workers during weekdays and slow on the weekend. Although this restaurant also offers oroshi soba, I had to try what the restaurant was famous for - the chuka soba. Served in a huge bowl, the noodles were soaked in a clear chicken broth soup, accompanied with spring onions, bamboo shoots, charshu and ham. The lightness of the soup complemented the thin, springy noodles and the ingredients well, and is a welcoming change for ramen enthusiasts wanting to try something not so heavy on the palette.

There, we have it — a breakdown of all three of Echizen's famous cuisine. If you are a foodie travelling towards central Japan, I'd suggest stopping by Echizen city and giving these three cuisines a try, for it is most definitely worth the hassle. 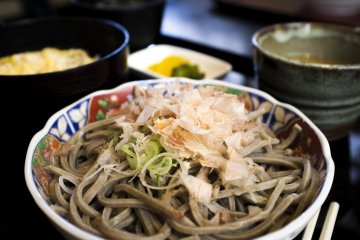 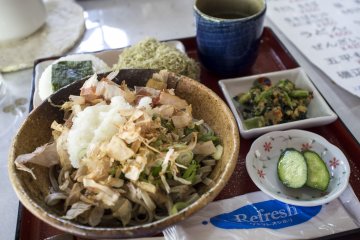 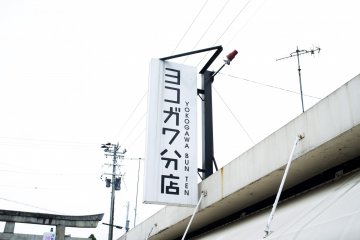 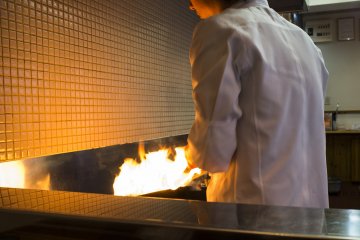 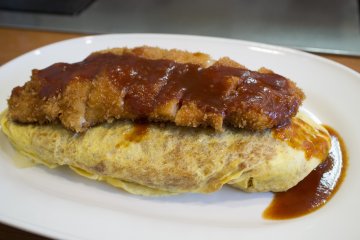 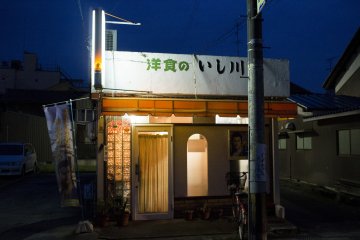 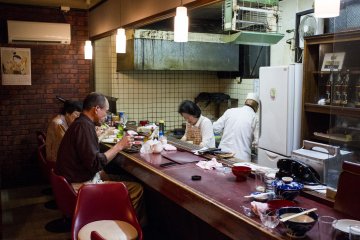 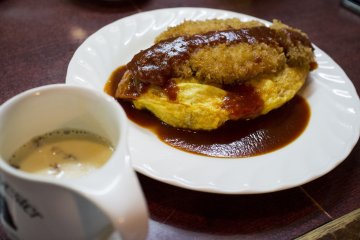 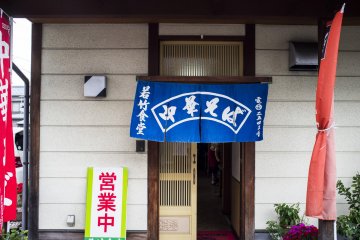 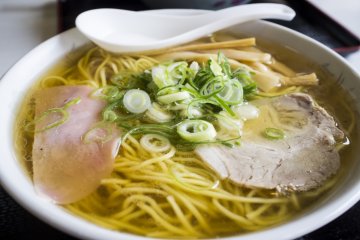