The cat's meow for feline fans?

Are you here for the cats? Well, I have some good news and some not-so-good news. Cat Road (or Neko Road, from the Japanese) is a shopping street that is home to some great independent shops, like Billy's NY Sandwiches. The north end of the road is near Iwagami and Amamiya shrines, near Cafe Poche, and the southern end finishes parallel to Aoba Ward Office, near City Hall. More specifically, it is adjacent to the JA Bldg. Miyagi, behind the large Miyagi Prefecture Office (see the pinned map).

Or that's what the hope is. For now, Cat Road is actually more of a hope than a reality. The "Kamisugi Neko Project" idea is to create a themed shopping street, taking inspiration from Yanaka's Cat Town in Tokyo. It is both a part of Sendai's restoration after the earthquake, and also a means of breathing new life into the businesses there. But they are still looking for donations and support. In 2014, they had two cat festivals, to raise money and awareness.

For now, most of the cat-related stuff is centered around two shops. The first is a traditional sweet shop, Takara Manjuu, which has some lovely cat-themed sweets. They're famous for their cat paw manjuu (a small, cake-like sweet filled with red bean paste). Takara Manjuu is at the north end of Cat Road.

The second shop is called Ookii Aoi Uma (Big Blue Horse), at the southern end of the road. Despite having a different animal in its name, the tiny shop is almost exclusively dedicated to cat merchandise. You can buy stationery, clothing, accessories, ornaments, even a clock or a cat paw whisk. A few well-known cats peek out here and there, like Chichi from Kiki's Delivery Service, or Hello Kitty; there are many others that are less known, but no less cute. Outside Aoi Uma is a cat shrine. It might not be the only cat shrine in Japan, or even Miyagi (there's one on Tashirojima, known as Cat Island, too), but it's most likely the smallest!

Cat Road already has some very nice shops, and hopefully it will grow. Maybe one day it will be the new home of Sendai's one, two, and three cat cafes? 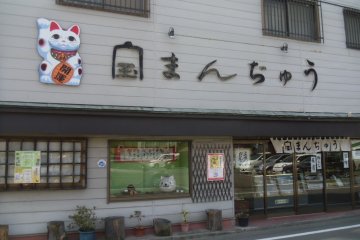 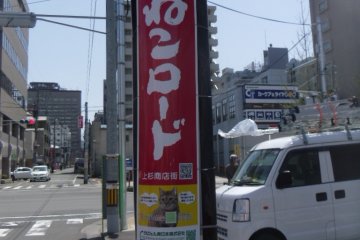 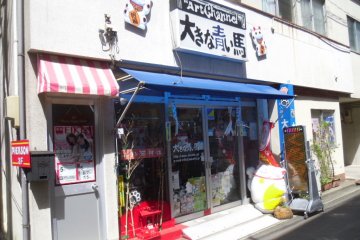 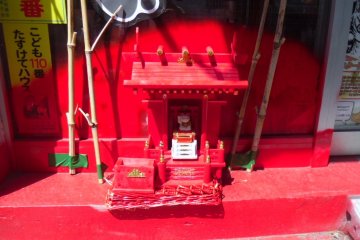 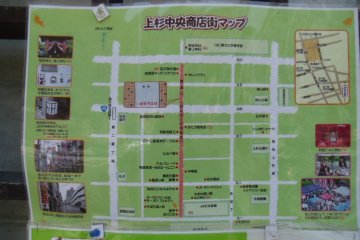 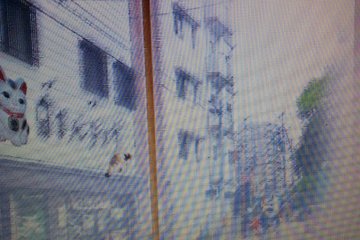