Most travellers to Japan are struck by how many places they visit have a religious connection of some sort. This includes temples, common to many countries with a Buddhist heritage, and Shinto shrines, which are unique to Japan and which even some Japanese confuse with temples since there is a long history of co-existence between these two religions here.

I visited An ni Shrine for the first time after being invited by a local resident to attend the autumn festival. Shrines often play host to these events, and An ni Shrine is quite typical. The shrine is tucked away in the southeast corner of Okayama City on the border with Ushimado in an area called Saidaiji Ichinomiya.

What is a shrine exactly? In laymen’s terms, a shrine embodies what the earliest inhabitants believed, and in this sense the Shinto belief system is essentially a form of shamanism one sees in many indigenous religions. Imagine a world where the beliefs represented by the Stonehenge monument were still being observed. In some ways, the Shinto religion with its shrines is like this. Respect for a divine being and the importance of natural phenomena are at the forefront of Shinto. Nevertheless, although Shinto is very much a modern religion, the average Japanese person may not be able to put into words exactly what Shinto is. One person once said to me that in Shinto, whatever god you believe in resides in a shrine. Perhaps, then, Shinto is something that has to be experienced rather than explained.

Shinto and Shinto shrines at a basic level represent the fundamental relationship between nature and the people of Japan, and one therefore sees the divine in everything, even a grain of rice. Perhaps this is behind the practice of the shrine priest tossing out colorful pink and white rice cakes to crowds of followers who eagerly seek to catch them with their hands, caps and even bags.

For me the shrine is a meeting place. It’s where everyone comes for celebrations, such as the An ni Shrine’s autumn festival. It is a place for you and your neighbors come to acknowledge the changing seasons together, to play games, sing karaoke, eat hot dogs and drink sweet sake. Nobody minds if you sing in Japanese or in English. I did a John Lennon song last year.

Like most shrines, An ni Shrine has a resident priest who performs rites and delivers sermons. 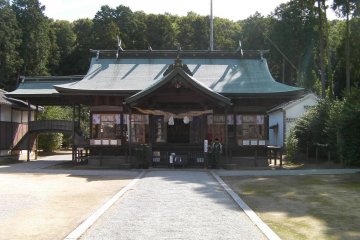 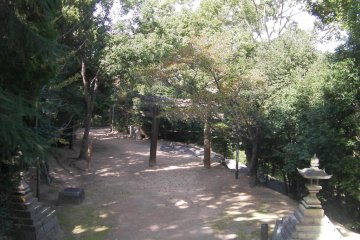 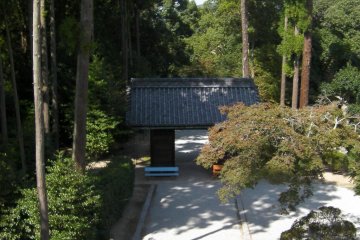