Omoide-Yokocho: the Corner of Memories

During World War II, the shopping area at Shinjuku station's West gate was completely destroyed. Prior to the war, this was a place of commerce, with stores in front of the station selling shoes, bathing supplies and clothing.

Small booths were set up next to each other and they were selling oden (different foods cooked in Japanese style broth), boiled potatoes, boiled red beans, tempura, used books and cooking utensils. These booths were separated from each other only by reed screens. All were destroyed by fire.

Out of this grew “Lucky Street”, a black market of stalls separated by plank boards. These sprang up during a period when the economy was under control of the Japanese Government. People started gathering to Shinjuku West Gate area to begin their own commerce.

During the reconstruction of Tokyo the Japanese government severely rationed flour, which was used for making ramen and udon noodles and other daily Japanese traditional dishes. As a result of this, the entrails of cows and pigs from occupation troops' livestock animals were used as a source of food. This led to the creation of Matsu-Yaki (grilled organs of animals) dishes, which became a lucrative source of income for the shop owners.

One of the features of the shops that is carried over from this time is their closeness to each other. The shops originally were only separated by a single board, and even today, the shops are built in close proximity to each other.

During the 1950s, the “Yakitori-cabaret” appeared on the scene. These shops employed dressed-up hostesses serving grilled food as well as shochu, which is a Japanese distilled spirit, stronger than wine or beer but weaker than whiskey or vodka.

In the 1960s, expansion and reconstruction eliminated over 300 of the shops. Only the shops from Shinjuku West gate hall were able to survive. It is now known as “Omoide-Yokocho” or the “Corner of Memories.” It is a part of the history of Tokyo, off the beaten path but worth the visit. 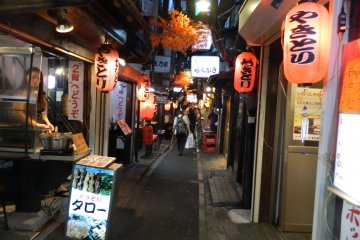 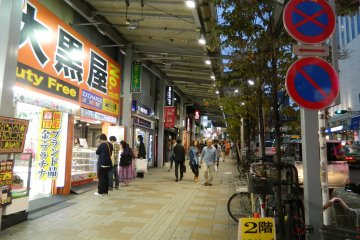 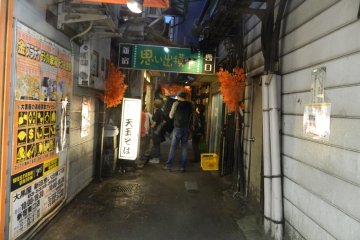 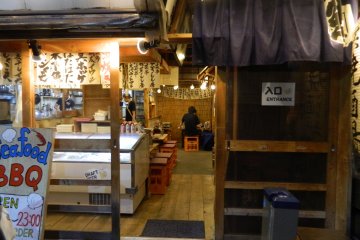 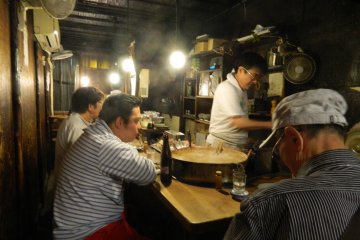 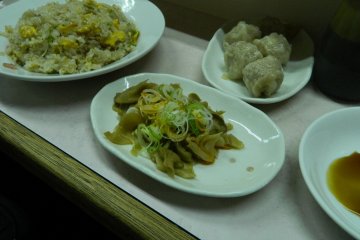 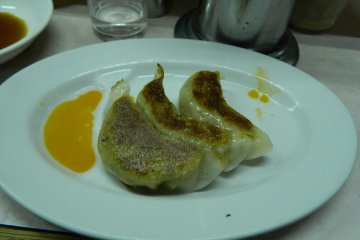 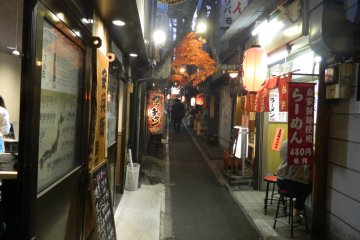 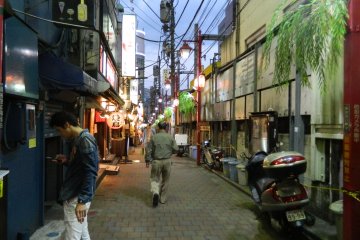 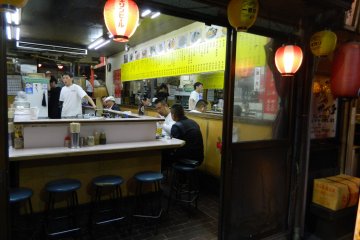