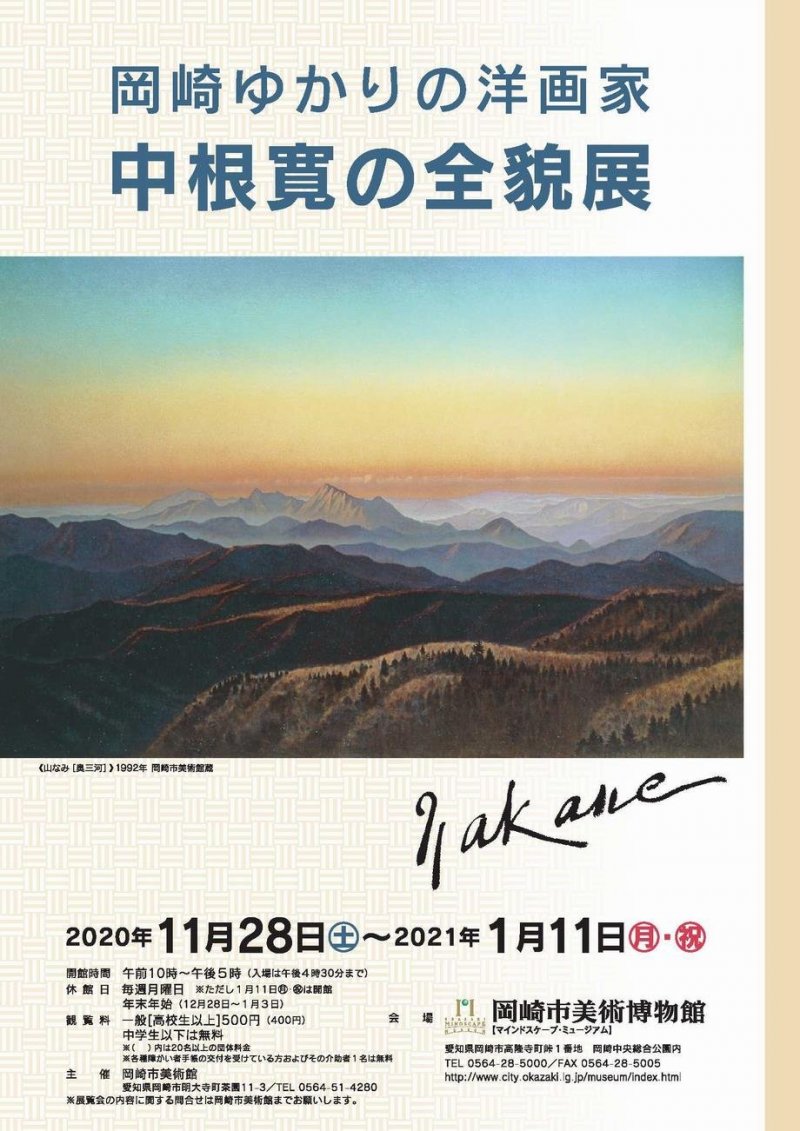 A special exhibition at the Okazaki City Art Museum

A special exhibition at the Okazaki City Art Museum looks into the works of Hiroshi Nakane, a painter who was born in this region of Japan. Nakane studied at the Tokyo University of the Arts with a specific focus on oil painting, and learned form the likes of Sotaro Yasui and Takeshi Hayashi, two significant names in the Japanese art world.

This event will look at pieces throughout Hiroshi Nakane's career, from his early works that depicted people, to his later landscape-based art which was influenced by his visit to Europe in the 1970s.

The Okazaki City Art Museum can be accessed by bus from the Higashi Okazaki Station. Head out of the north exit to bus stop #2, and take the bus bound for Okazaki Central Park. Alight at the Art Museum stop, and the venue is a 5 minute walk away.

For those who plan to drive, there is plentiful on-site parking available.