Life and Death in equal amounts

Along the old Tokaido highway, in between the seaside resort town of Gamagori and the castle town of Okazaki in Aichi Prefecture, is a village called Kota. The area was once dominated by the various clans of the Matsudaira family, forebears of the Shogun, Tokugawa Ieyasu. There really isn’t much to see in Kota, and yet tourists flock here by the thousands to the ancient temple of Honkouji. Hokouji was the burial place of the noble Matsudaira Clan, and while visitors to the fascinating graveyard are few, the main reason for the crowds relates to the temples other name, Ajisaidera, or, the Hydrangea Temple.

Between late May and early June, the temple dedicated to the dead Matsudaira comes alive as over 10,000 delicate hydrangeas sprout profusely, and the annual Hydrangea Festival is held within the temple’s grounds. While most of the visitors are elderly women, there are plenty of younger people, and particularly camera buffs out to snap up the colors. Honkouji is also famed for it’s 5,000 camellia trees, flowering in brilliant red, pink and white. One of the revered trees actually sprouts five different colors of camellia flower from it’s strong limbs at once, while during the early spring, the temples’ age gnarled cherry and plum trees attract day visitors and adds to the rich beauty of the area.

You may miss the hydrangeas, or the cherry or plum blossom, maybe even the camellias, but you mustn’t miss a short walk up the stone paved stairway to the ancient burial grounds of the Matsudaira Clan, ancestors of Tokugawa Ieyasu, who was born Matsudaira Takechiyo in 1543.

The temple, established 20 years before in 1523, is divided into East and West. The Western area contains the graves of the first four heads of the clan, and the mausoleums of the fifth. The grave marker of the lord, Matsudauira Tadafusa, located up the hill behind his mausoleum and overlooking the serene temple grounds, is a huge stone slab being bourn by a turtle like creature. It’s said that if a tossed offertory coin lands in the dip in the neck just behind the creatures’ head, then your wish will come true.

The Eastern graveyard on the other side of the grounds and a short walk up a picturesque stone and moss lined stairs contains over 20 graves of the sixth to the 20th clan heads, as well as other family members, including wives.

Many of these graves were badly damaged in the Great Mikawa earthquake of 1945, and so a 100 Yen entry donation is accepted in order to maintain the graveyard, which itself maintains an eerie atmosphere. Surrounded by castle like stone bulwarks topped with tile lined crumbling clay earthen walls. These decaying walls contribute to the ambience and attest to its age. At the foot of the stone lanterns marking the graves, are long, thin, rounded stones, all laid facing the same direction.

Honkouji offers the enjoyment of life with it’s magnificent gardens and thousands of hydrangea, camellia and cherry trees, while offering the fascination of death in the stunning graveyards of the Matsudaira. In Honkouji, you can feel the history and experience the beauty in out of the way, old Japan. 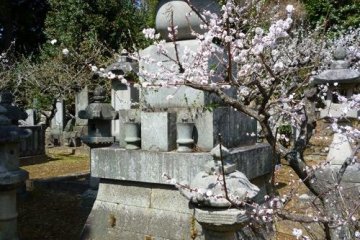 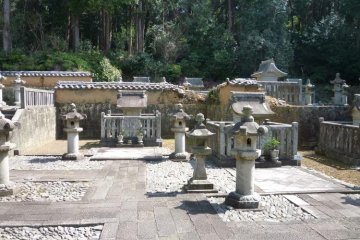 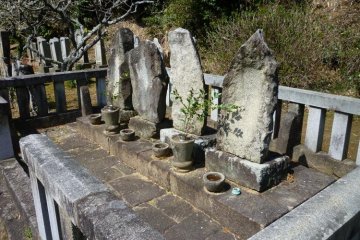 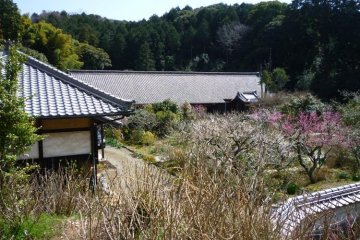 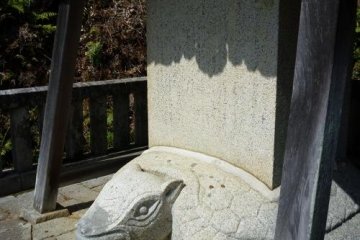 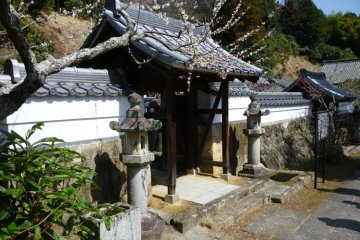 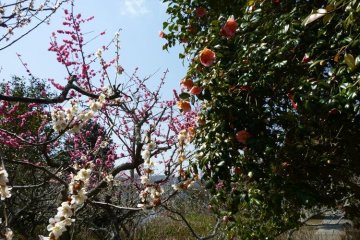 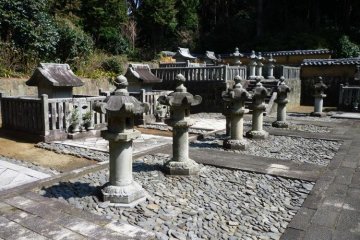 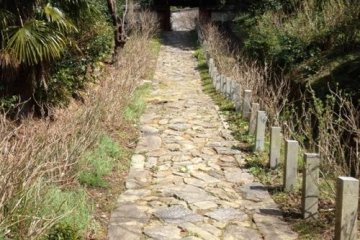