Ideally situated on top of an 86 meter high hill with a superb view right across the vast Nobi Plain, stands Komaki Castle, located just north of modern day Nagoya City, and directly in front of the northern end of the former Nagoya International (currently called Komaki) Airport runway. It’s a small castle compared to many that have been reconstructed in recent years, but for history and castle buffs, it’s a must see!

The first of the Three Unifiers, Oda Nobunaga, had the castle built in 1563 as an alternative location to his famous lowland Kiyosu Castle. Nobunaga’s first castle was his birth place at Nagoya. This third castle after Kiyosu served as his base until 1567, when he moved his headquarters to Gifu Castle after having defeated the neighboring warlord, Saito Tatsuoki and taking the province of Mino, modern day Gifu Prefecture.

The castle didn’t see much action until two years after Nobunaga’s death, when it became the site of the origins of the Battle of Komaki and Nagakute, a historically important conflict that started as a siege between the forces of Oda Nobunaga’s general, Toyotomi Hideyoshi, and those of his former ally, Tokugawa Ieyasu who had taken the castle and was using it as his base in 1584. (for more information on that battle and how to see it, look for the article on this Japan Tourist site)

Today, the entire mountain of around 21 Hectares has been preserved as a National Historical Site and is now a tree filled park. The three-storey castle now gracing the mountain top is a reconstruction built in 1968 of concrete. The castle is rather difficult to view, as the mountain is now covered in forest, hindering good photographs. There is very little in the way of English information, and the displays although improved in recent years are still a little on the light side. There are some interesting relics on display and an easy to understand diorama of the battle that took place around the base of the hill that is worth viewing. Compared to Inuyama Castle, Komaki Castle may be a little disappointing. Still, the fun in visiting Komaki Castle is looking for the remaining ruins, including stone walls and water wells. The view form the top, as well as the walk around the site and through the woods is most enjoyable. Komaki Yama is famous for it’s cherry blossom in the spring, and is the only place in the surrounding area where the Persea, an evergreen tree related to the avacado, can be found growing naturally. It’s also an ideal place to start if you’re wanting to see the site of the Battle of Komaki Nagakute. 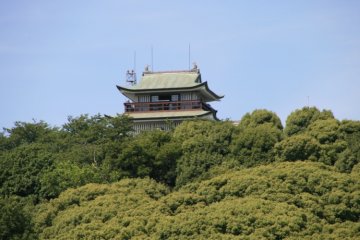 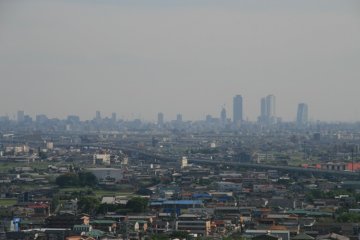 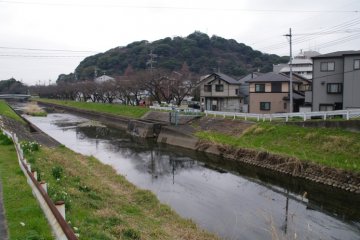 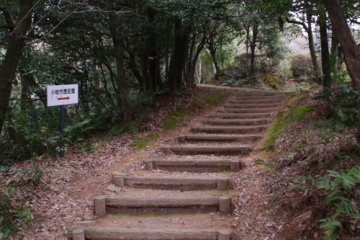