Run around before getting back on the expressway

In Japanese cities it is often difficult to find vast green spaces where families can spend time running around, playing and exploring, but Toyota City got it right when they developed Kuragaike Park. Not only is it a very large green space in a major city but also it is easily accessible for the road-tripping family on the Tokai Loop Expressway (Mag Road).

I had stopped at the Kuragaike Parking area many times but this was my first time to actually visit the park. With family in tow and and picnic in hand we were ready to go! Getting off the Expressway at Kuragaike was easy and finding parking was a cinch. From there it was just a walk across the road to the petting zoo, play areas and gardens.

The ”Play house”, an indoor area for children , is a place where kids can run, climb, slide and just be free. With slides, a ball pool and much more, kids can be kept busy for hours on end. My favorite part was the center area which was built to resemble a volcano with a constant stream of smoke (dry ice) spewing from the top. Kids can climb up netting that lines the inside, go through tunnels and down a sweet roller slide. As it is built for kids, adults can try to participate but might hit their heads, as I painfully found out. So to prevent injury to the taller children-at-heart, they have TV monitors showing all the different play areas so you can sit and watch without needing an ice pack.

The outdoor play area includes a jungle gym and an air filled balloon-like hill that kids can jump on (no adults allowed...I know you are heart broken). There is also a large covered area with picnic tables. Next to this is a grassy area to fly a kite or throw a ball around.

Due to the cool temperatures, we didn’t want to stay outside too long, so we zipped into the domed botanical garden which features banana trees, tropical flowers and even Venus Fly traps, something I had always wanted to see in person.

Besides the indoor botanical garden, Kuragaike has an English Garden, a four season garden featuring regional plants and managed by local volunteers, a Cherry Tree garden consisting of 1500 trees and a large lake where one can rent canoes and paddle boats for 300 yen.

There is so much to do at Kuragaike Park that I recommend getting there right when it opens and leave when it closes. Even if you spend the entire day, it will not be enough to satisfy the kid in all of us. 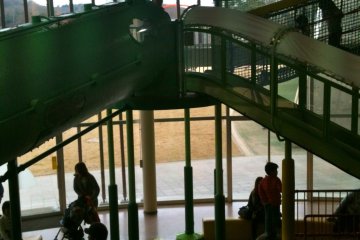 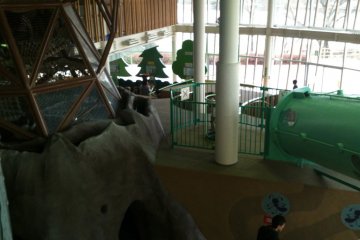 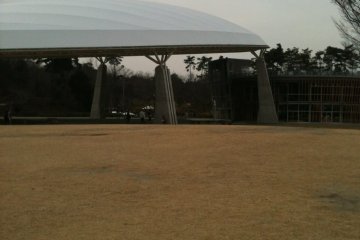 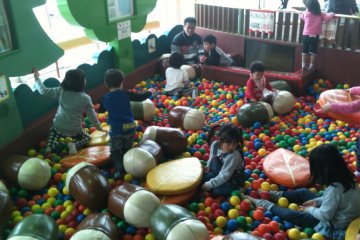 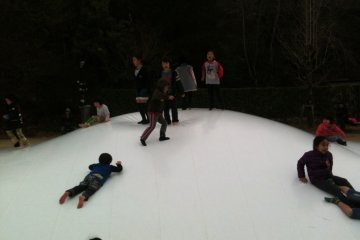