Proud, stoic, loyal and strong. These are the attributes of the Mikawa Bushi, warriors of the Matsudaira, a clan who held the central Japan region of Mikawa, modern day eastern Aichi Prefecture.

Within the grounds of Okazaki Castle, in what’s known as Okazaki Park is a museum dedicated to Okazaki’s favourite son, Tokugawa Ieyasu, and the famed warriors of central Japan, the Mikawa Bushi. Mikawa Bushi was the collective name of the regions warriors, and a title worn with great pride. Of the leaders, four appear in the history books time and again alongside Ieyasu, Honda Tadakatsu, whose statue can be seen just outside the the museum, Ii Naomasa, Sakai Tadatsugu and Sakakibara Yasumasa.

The museum is divided into five sections focusing on the emergence of the Matsudaira clan, later to become the Tokugawa, in the central Japan region, Ieyasu’s early life at Okazaki Castle and his childhood years spent as a hostage of the Oda clan and youth under the Imagawa clan.

Other sections chronicle the rise and influence of Ieyasu after his release from the Imagawa until the decisive Battle of Sekigahara, that in effect handed the reigns of the country to the victor. There’s a fascinating animated diorama detailing the complicated battle fought in 1600, making it all the easier to understand the scale of the skirmish. From there, the museum features Ieyasu as Shogun, and his influence on Japan over the following 260 years. Throughout the museum are displays of weapons, helmets and armor, documents, explanatory videos and replicas of Ieyasu’s armor and battle items.

The museum, although small contains enough artifacts and information to satisfy even the most hard core Japanophile.

For the children there are interesting interactive Tokugawa Ieyasu trivia video games, providing information including Ieyasu’s foot size, (22.5 centimeters) height, (an average for the time,158cm) and other details, such as him having married at the age of 14, and fathering 16 children by a number of wives and concubines. Another bit of trivia for you, the character of Toranaga in the James Clavell novel, Shogun was based on that of Ieyasu!

Visitors can have photographs taken of themselves wearing replica samurai armor, including a set modeled on Ieyasu's famous gold plated suit. Just outside the entrance to the Ieyasu and Mikawa Bushi Museum is a mechanical clock. Every thirty minutes an Ieyasu figure appears and performs a dance accompanied by Noh music. The performance ends with some of Ieyasu's famous precepts including; "Blame yourself, not others," "Moderation is better than excess" and "Don't hurry."

Wise words indeed, and while moderation is better than excess, you could only blame yourself for ever missing a visit to the Ieyasu and Mikawa Bushi Museum and the adjoining Okazaki Castle, But please, do hurry! 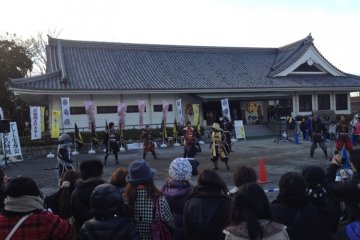 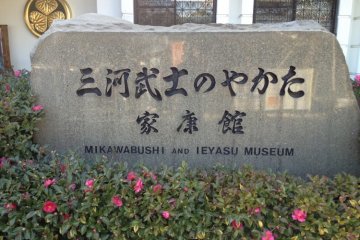 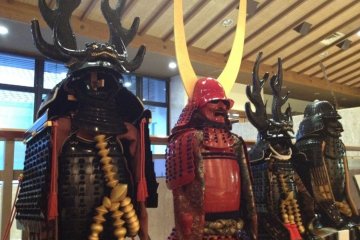 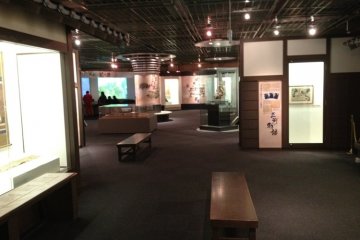 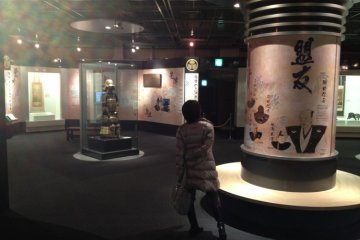 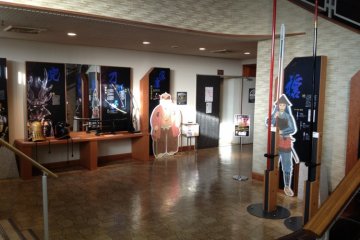 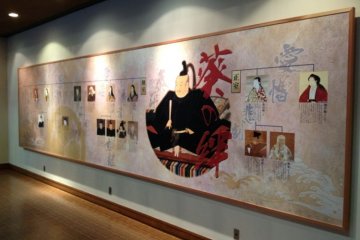 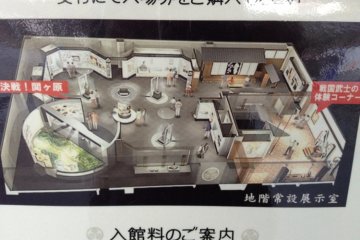 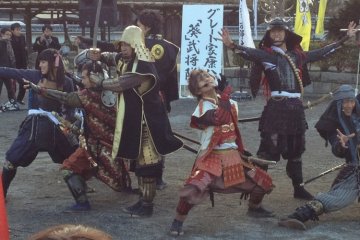 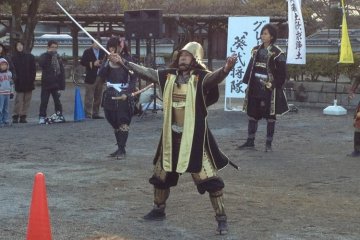 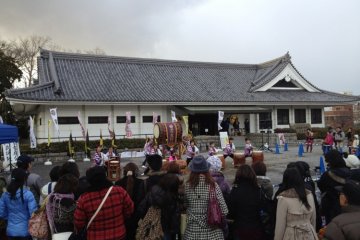