There are only 12 original castles still remaining in Japan. Of those 12 castles, only four bear the title of National Treasure. Himeji, Matsumoto, Hikone and Inuyama Castles. The smallest, but oldest of these four is Inuyama. Work on the castle commenced around 1440, although the current castle dates from almost a century later.

Strategically positioned with the wide, fast flowing Kiso River running around and below it, and on a wedge shaped hill, the sloped side pointing in the direction of the Nobi Plain where the city of Nagoya now sprawls, and with views of Nagoya, Komaki and Gifu castles, it was the first castle to be owned outright by Oda Nobunaga, although he didn’t stay there long, or use it as a regular base. Instead, he left his uncle as a caretaker while he went off to fight more battles.

The castle itself seems small compared to many other castles, such as Nagoya or Osaka castles. It’s stone walls stand just five meters in height, and the tower itself a mere 19 meters on top of that. Total floor space of the defensive structure is around 699 square meters. Even so, this was the norm for a keep of those days. What remains is just the keep, the main watchtower. The lord’s living quarters once stood on the wide flat area in front of this keep, and the entire mountain was covered in fortifications. Turrets, barracks, large walled corridors and related buildings surrounded this and the entire mountain.

You will have to remove your shoes before entering the keep, but once inside, the wooden floor boards and naked pillers speak volumes. This is where Oda Nobunaga, Toyotomi Hideyoshi and a host of famous historical samurai figures have lived and breathed, they too have trodden these floors. Samurai patrolled the outer corridors. The architectural beauty of the castle is evident inside and out.

The entry level via the stone walls was also a storage chamber. Steep stairs, built just so, to not only save space, but hinder any armor clad invaders and make defense of the castle easier, take you to the spacious first floor.

The first floor is divided into a number of chambers, one, used by the lord as an office of sorts, features a set of doors hidden in the wall. Behind those doors, the lord’s bodyguards lay in wait. Wide corridors around this room allowed the castles samurai ample space to move in times of attack.  Climb a floor to see the armory where arms and armor were stored ready for any attack. The third storey also features high, wide outer corridors to allow warriors enough room to run with weapons ready. Above that, small balconies concealed under triangular eves provide fine views of the river and mountains. The fourth floor consists of a wide chamber, surrounded by a low balcony providing spectacular views of the surrounding area.

Historically, Inuyama was the base for Toyotomi Hideyoshi when fighting the Battle Of Komaki Nagakute against Tokugawa Ieyasu in 1584. Hideyoshi and some 120,000 samurai entered the castle just north of Ieyasu’s forces at Komaki castle, and from there commenced the attack. In 1600 it was threatened during the great battle at Sekigahara.

The castle went through a succession of lords before Naruse Masanori was installed there in 1617. From then, the castle remained in the successive hands of the Naruse family.

In 1871, three years after having shrugged off the feudal system, most of the castles’ outer walls and surrounding buildings, including armories, warehouses, defensive turrets and barracks, were destroyed or removed. The main keep and a few outer turrets were kept, but most of those were destroyed 20 years later in the Great Nobi Earthquake of 1891.

Following the quake, the main keep and mountain were handed back to the former lord on the condition that he undertake repairs to the castle. This was achieved and some 30 years later in 1935 Inuyama Castle was designated a National Treasure. Inuyama remained in the Naruse family for 12 generations until 2004, when it was handed over to Inuyama City and a new overseeing foundation.

Inuyama Castle is a fine example of 16th Century castle architecture it’s a treasure the residents of Inuyama City are rightfully proud of. The concrete replica castles are all well and fine, but nothing beats the real thing!

Find out more about Inuyama Castle. 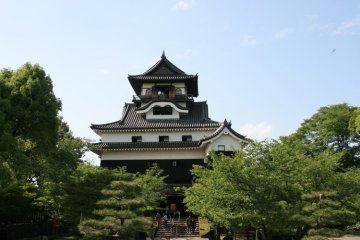 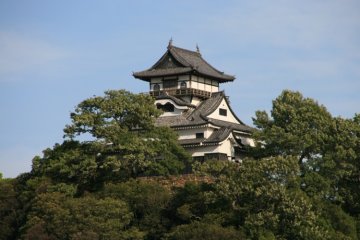 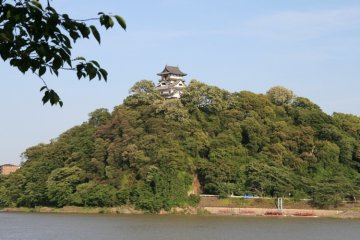