Osu Kannon is a beautiful and famous temple located in downtown Nagoya.  Known officially as Kitano-san Shinpuku-ji Hōshō-in, the temple is an attraction for tourists and religious worshippers alike.

Osu Kannon Temple dates back to the Kamakura Era of Japanese history (1192-1333), when it was constructed in what is today's Hashima City of nearby Gifu Prefecture.  It was dedicated to the scholar and poet Sugawara no Michizane, who is known as Tenman-Tenjin, a Shinto god of learning and education. There were many plum trees planted around the temple, because they were a favorite of Tenjin.  For that reason, the crest of the temple today includes a depiction of the plum blossom.  Unfortunately the temple's original location left it vulnerable to flooding, so it was moved to its present location in 1612 by Ieyasu Tokugawa, a shogun and one of the most important figures in Japanese history.  Later in its history, the building was damaged by fire, and the damaged parts were rebuilt in the 1970's.

Osu Kannon is a Buddhist temple, belonging to the Shingon Sect (which has lineage traced directly back through China and originating in India). As identified in the temple's name, its spiritual focus is on Kannon, the Buddha of compassion, mercy, and salvation (also known as Kanzeon-Bosatsu, or Avalokiteśvara), who is often depicted with a gentle facial expression. This temple houses a large wooden statue of Kannon, which was carved by Kobo Daishi, the monk who founded the Shingon Sect of Buddhism.  It is a member of the "Owari Thirty-Three Kannon," a collection of temples devoted to Kannon in this region.

At the main hall of the temple, visitors can see a large, red, paper lantern. Pilgrims to the temple write wishes on small pieces of paper that they attach to the wires supporting the big lantern, in hopes of having them granted by Kannon.  Beneath the main hall of the temple is the Shinpukuji Library, which is home to over 15,000 classic texts from Japan and China, as well as a number of sacred items deemed "national treasures" and "important cultural properties." Among them is the oldest known copy of the Kojiki, a written account of the mythology behind the origin of the Japanese islands, as well as the Kami, or spirits of Shinto.

There is a flea market and antique fair held on the temple grounds on the 18th and 28th of each month.

Osu Kannon Temple is located near Osu Kannon Station, on the Tsurumai Subway Line. There is no cost to enter.  The temple is always open and can be visited at any time, on any day.  It is located next to the hip Osu Kannon Shopping Arcade, which has plenty of stylish shops and places to eat. 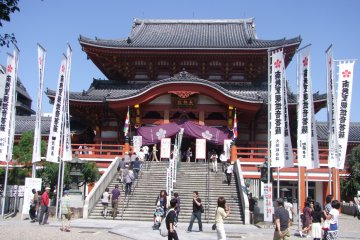 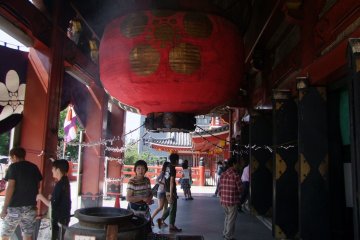 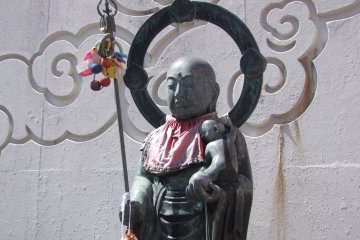 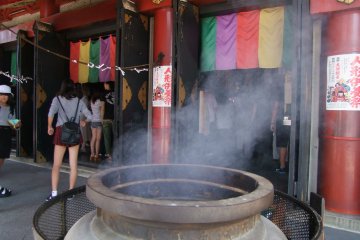 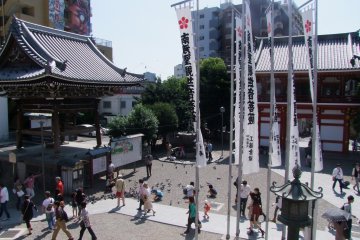 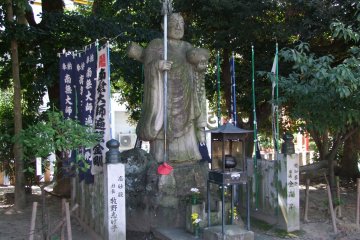 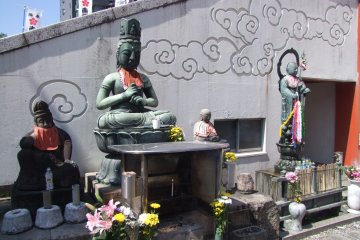 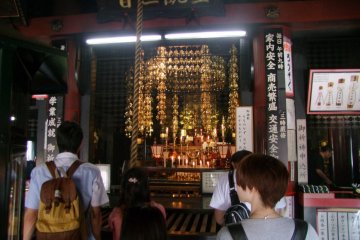 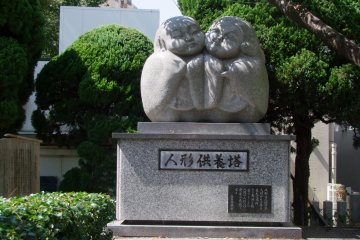 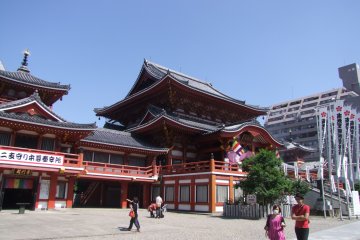 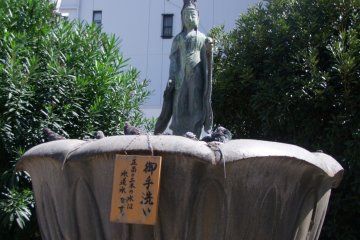 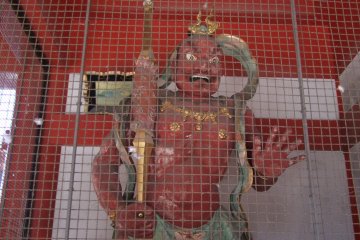 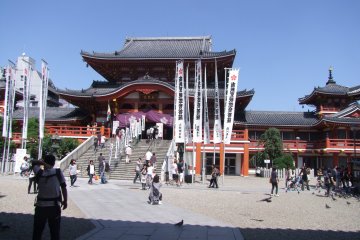