Poisonous Fugu Blowfish and the Devils of the Sea

Ask any Japanese where the biggest catch of fugu, the poisonous blowfish is made, and most will tell you Shimonoseki, or around Hiroshima, possibly even Fukui Prefecture on the Japan Sea Coast. Truth be known, the most fugu is caught off the waters of Aichi Prefecture, and one of the best places to enjoy the delicacy is Himakajima, a small island off the coast of the Chita Peninsula in Mikawa Bay,. The Meitetsu Railway company offers day tour packages including a 30 minute train ride from Nagoya Station to Kowa Station, followed by a 15 minute ferry ride from nearby Kowa Port.

The island is popular year round for its beaches, resorts, fishing and feasting. The waters are mostly calm, and special beach areas safe for children and adults alike have been specially organized. One area is set aside for playing with dolphins in the warmer months too. Himakajima is dotted with any number of hotels and pensions (B&B’s) catering for all ages, and most with superb views of the beautiful, sparkling Mikawa Bay. The bay is famed for its seafoods, and the island is a mecca for those wishing to try freshly caught fugu.

Admittedly a few people across the nation die each year from eating the highly toxic fish, and so all fugu is prepared by fully trained, specially licensed chefs. Its probably safer than Russian Roulette, and there's that tingle of excitement as you eat it.

The island, however, is best known for its octopus, and when they serve octopus, it’s usually one whole octopus, sitting 15 cm tall and with its tentacles curled up, about 25cm wide about boiled in salted water, Although possibly visually disturbing to some, once cut up into bite sized chunks, you’ll find it has a taste not unlike crayfish (lobster). Speaking of which, Ise-ebi, or crayfish, a pincer-less lobster is caught in these waters and served very fresh as sashimi (raw) or cooked to your liking. Our raw lobster was so fresh, despite it’s tail meat having been delicately sliced and served alongside its shell, its arms were still waggling when it arrived on our table.

A walk around the small island is about 3.6 kilometers, and will reveal any number of octopus themed signs, characters, even the local police box is designed to resemble an octopus. You’ll find octopus sembei crackers on sale in the many souvenir stands, and stretched out on bamboo stakes like little ghosts, octopus drying in the sunlight.

For history buffs, there are a few old temples and shrines dotting the island, and a small, centrally located museum dedicated to the island, open daily 9am to 5pm. Of even deeper interest, this island was the birthplace of Otaka Kengo Tadakatsu, one of the 47 Ronin, the masterless samurai heroes who took part in the vendetta against the Master of Protocol at Edo Castle, Lord Kira for his part in having caused the death of their master in 1701. A memorial grave can be seen at the Kokai-In temple near where he was born.

Himakajima is an ideal day trip from Nagoya, and an ideal get away for a night or two, year round. 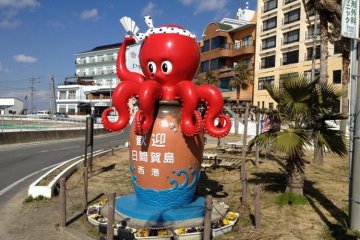 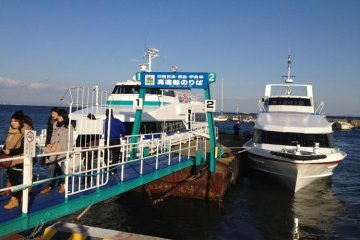 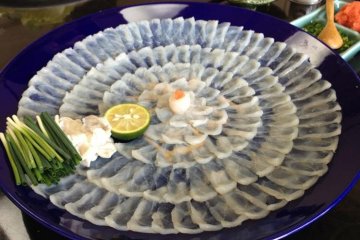 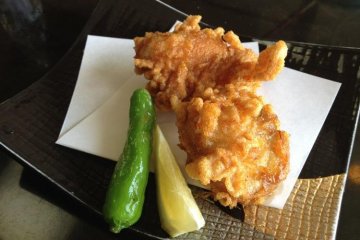 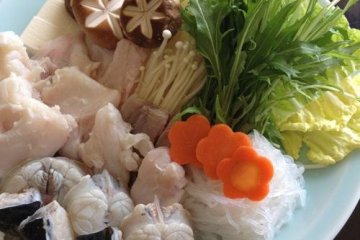 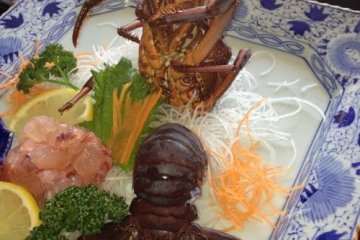 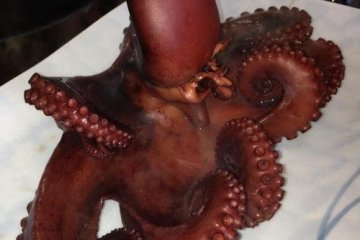 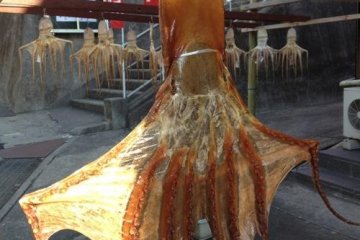 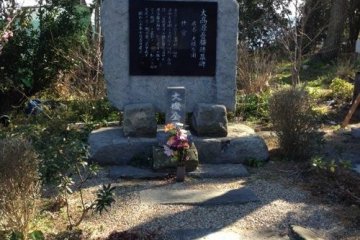 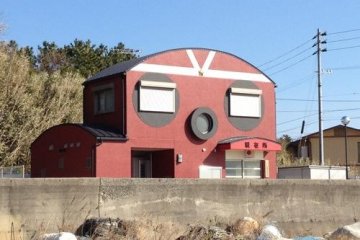