Festivals that brighten up the snowy Tohoku region

Akita is one of Japan's top destinations for those looking for a winter getaway. From ski resorts to picturesque hot springs, the prefecture is primed to welcome snow lovers in style. For a bit more of a colorful experience in Japan's northern region, try to time your visit to catch one or more of the following festivals:

While Akita's mountains offer fantastic hiking opportunities in summer, it's worth braving the winter chill to see the unique "snow monsters" that blanket the slopes of mountains such as Moriyoshisan. This natural phenomena results when snow and ice accumulate on the branches of the mountain's trees, resulting in shapes that look like imaginary creatures. The snow monsters are best viewed from the Ani gondola, a ropeway that runs from Sanroku station to Sancho station.

The city of Semboku brightens up the winter sky with a display of handmade paper balloons. The eight-meter tall balloons are decorated with images of samurai and beautiful female figures (Akita Prefecture are famed for their bijin, or beautiful women), many done in the style of ukiyo-e, or traditional woodblock prints. Some people attach wishes to the balloons, in the hope that their prayers for good health or successful school marks will be answered. The festival is held annually on February 10th at 6:00pm.

This 500-year-old festival involves the entire town of Kariwano in Akita Prefecture. Residents are split into two teams - Red and Blue. Allegedly, if Blue wins, the yearly rice harvest will be good, but if Red triumphs, the price of rice will rise. The competition begins with much preparatory sake drinking and chanting and culminates in the tug of war, with a rope that can weigh up to 10 tons. The festival takes place annually on February 10th, beginning around 7:00pm.

Kamakura are snow huts that resemble igloos, constructed each year for the past four centuries from the copious snowfall in the region. The huts, which can measure up to two meters in height, welcome visitors inside to enjoy grilled mochi and warm cups of amazake. The town also creates small kamakura that function as luminaries. The kamakura are constructed in the center of Yokote town, in the streets leading up to the castle. This year's festival takes place from February 14th-16th.

While this annual festival in the samurai town of Kakunodate holds some resemblance to the kamakura festival of Yokote, the Hiburi Kamakura festival involves some fiery elements as well. A demonstration of fire swinging, in which bales of straw attached to a rope are set alight and twirled overhead, has its origins in fire purification rituals and is said to banish bad fortune. The festival is held every year on February 13th and 14th to welcome in the lunar new year.

Every winter on the second weekend in February, the town of Yuzawa is taken over by a host of dogs built out of snow. The tradition dates back over 300 years to the Edo Period, when residents would place statues of dogs made from mochi outside their businesses to ward off burglars. Today, the sculptures are made of snow and are said to provide not only protection from misfortune but also ensure a successful harvest. Fireworks, games and cultural performances round out the festival.

Akita's Oga Peninsula is rife with legends about namahage, demons or ogres that play a pivotal role in both New Year's and purification rituals in the region. In midwinter, towns on the peninsula celebrate the Namahage Sedo Matsuri, where groups of young men dressed in demon masks venture into the mountains, while dances, drumming and a recreation of the New Year's ritual are recreated on the stage of the Shinzan Shrine below. The celebration culminates with the return of the namahage, who descend from the mountain bearing fiery torches. The Namahage Sedo Matsuri takes place every year on the second weekend of February. 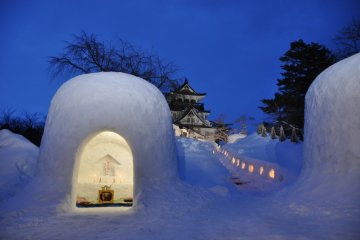 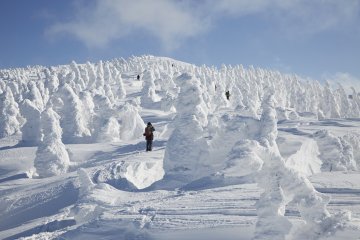 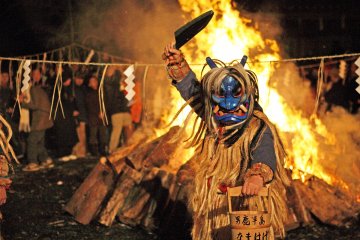 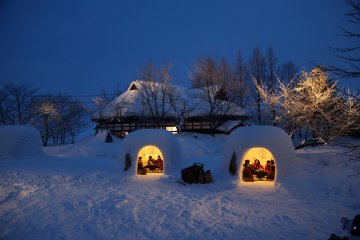 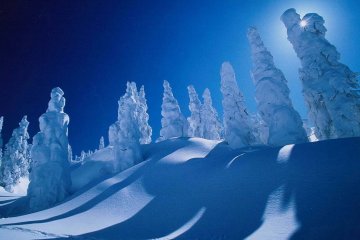 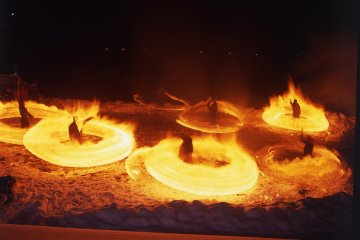 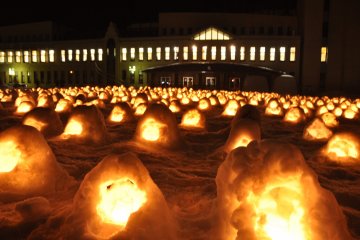 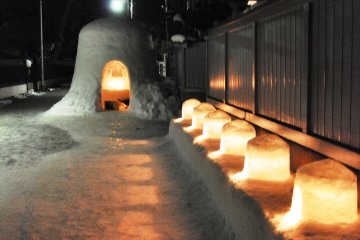 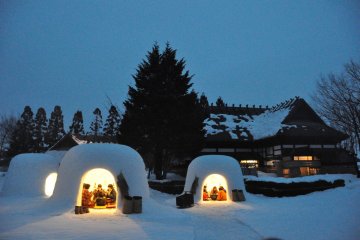 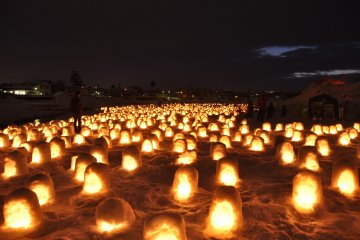 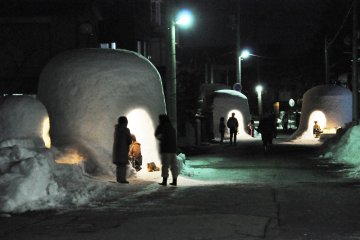 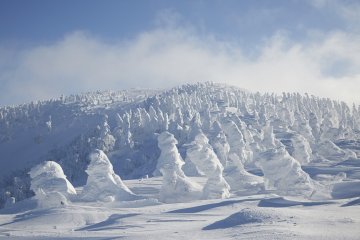 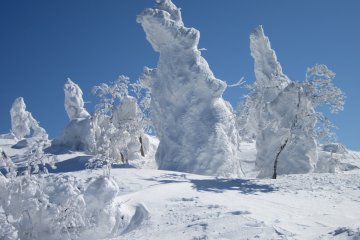 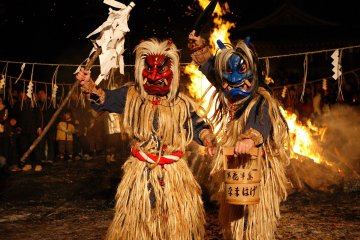 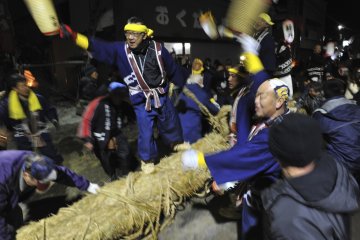 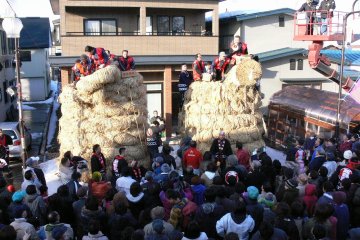 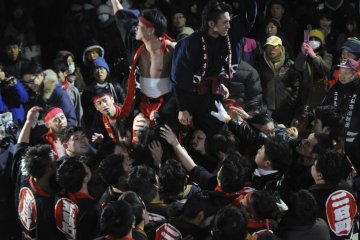 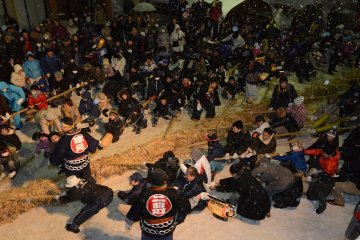 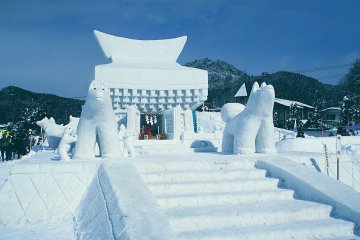 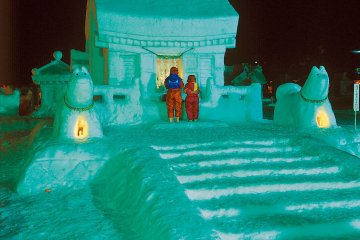 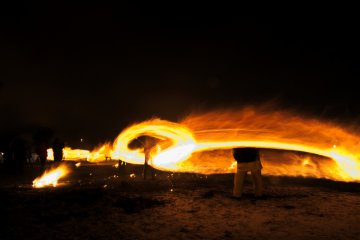