Home to Hachiko the Faithful Dog

JR Odate Station sits on the both the Ou Main Line and Hanawa Line, and it is an hour ride away with the Ou Line from JR Akita Station. I will recommend purchasing the JR East Pass if you are looking to visit Odate because the both the Ou Main Line and Hanawa trains rides are applicable with the rail pass. You can take a ride from Tokyo via the Akita Shinkansen to Akita Station and then take the Ou Line to JR Odate Station at no additional cost on the rail pass.

Now then, what´s so interesting about this JR Station?

Well, if you don´t already know, Odate City is well known for the Akita Dog, a breed of dogs that is native to Japan and can be found here. Its also the place where you can find the other Hachiko Statue besides the one in Shibuya.

You definitely know you are off the beaten track of regular foreign tourist when you find the train signs here are in Japanese. Instead of having the roman letters of Odate spelled out, its left only in its Hiragana form of ​おおたて.

The train station itself is basic, giving the impression that you are far from the lights and glamor of Tokyo. It depends on your opinion but I like a station like this. Rustic, traditional and unpretentious yet bearing a strong bond to the city mascot, Hachiko.

Over here, you can see Hachiko everywhere and its definitely a station for dog lovers. There are banners of Hachiko greeting you and welcoming you to this lovely city in Korean, Chinese and Japanese. There´s a Hachiko Shrine in the station where you can pay your respects to the dog and finally, the chicken. Odate City itself is also famous for its chickens, for the Hinai-Jidori chickens that are being bred here are considered the best chickens in Japan in terms of flavor, quality and cost. The chickens of Odate are bred on free range farms so that´s a definite thumbs up for me in terms of animal rights. Odate City even has a Chicken Festival in Winter (Hinai Tori no Ichi Chicken Market).

You can even catch a painting of a mountain with a big word 大 on it. I believe you would have seen a picture of this mountain before but I bet you didn´t know that its in Odate. During the famous Daimonji Festival, the big 大 on the mountain will be lighted up in flames and it will burn throughout the night. You can catch the best view of this mountain from the 12th floor of Hotel Crown Palais Shuhoku.

Most importantly, upon exiting the station, do not just get in a cab and leave for the mountains. Pay a visit to the other Hachiko Statue which sits outside Odate Station, guarding over the station like its fellow Hachiko in Shibuya. There´s also a bus stop next to the Hachiko statue for those who would rather take the bus to the city rather than a cab. 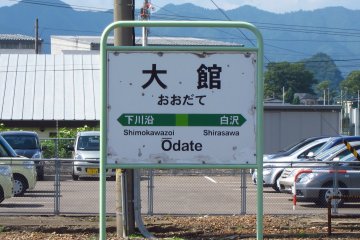 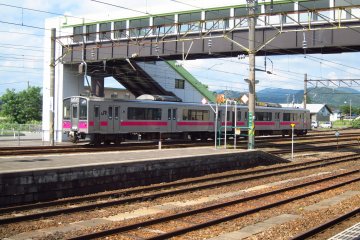 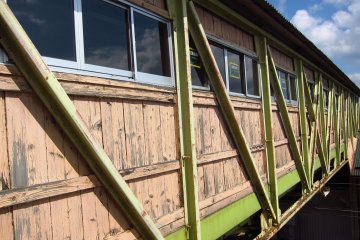 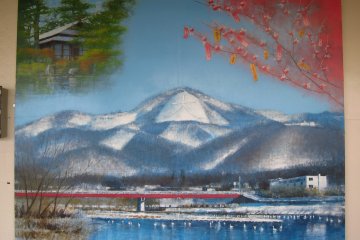 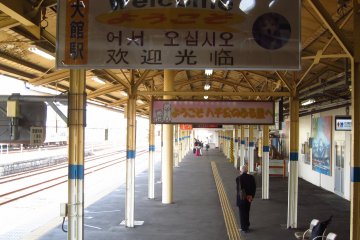 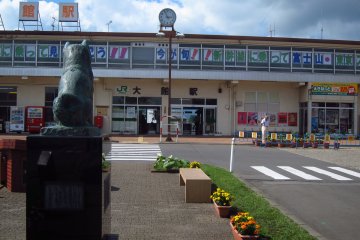 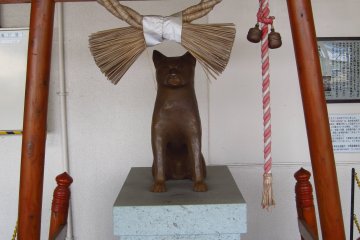 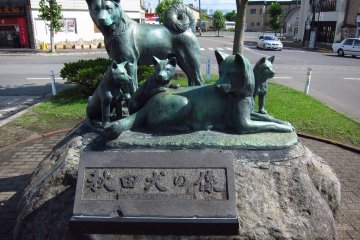 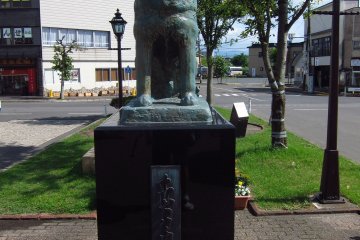