Kakunodate - a Trip Back in Time

Walking through the heart of a Samurai town

For anyone who has visited any Japanese city you will no doubt already have been dazzled by the numerous bright flashing neon lights or endless rows of ultra modern high rise buildings which seem to have succeeded in completely eradicating any sense of culture or history. Unfortunately, this is a phenomenon found in far too many urban areas in Japan, which in a rush to modernize have lost something irreplaceable, their traditional core.

One exception to this continuing phenomenon is the beautiful city of Kakunodate in Akita prefecture, which is one of the very few places to have successfully maintained its historical heart - if perhaps partly for the sake of tourism!

Originally established as a military outpost in 1620, Kakunodate later developed into a Samurai town. Over the course of time, eighty spacious residences were built to house each warrior and their family.

These immaculately preserved wooden buildings can be seen when walking along the unusually wide streets where it is easy to imagine Samurai riding by on their horses in ancient times.

This town is made even more picturesque by the presence of over 300 weeping cherry trees planted along the main road. Originally brought over from Kyoto several centuries ago, these trees make a spectacular sight in late March to early April during the hanami or Cherry Blossom season, attracting large crowds of people from all over the country.

Because of its compact size, this town is very easy to navigate and a great place to walk around. From Kakunodate Station you can pick up an English Map where it's about a fifteen minute walk to the main historical part of town. It is also possible to rent daily bikes from the tourist information office located outside the station for about 300 Yen.

Amongst the many interesting sights is the impressive ' (岩橋家), a former Samurai residence with a beautiful little garden containing a traditional style water well. In addition, the house has some immaculately preserved tatami-rooms with a fire pit, for cooking food. Even more impressive is the fact that there is no entrance fee to enter this residence.

Close by to this residence is an old fashioned post box which makes a surprisingly interesting landmark. Whether deliberately placed here or not, this post box's bright red color contrasts perfectly with the dark brown background, making an excellent photo opportunity.

Situated towards the northern end of the town is 青柳家, a former residence of the Aoyagi family which contains an interesting mix of Samurai artefacts along with many other unexpected items.

Originally built in 1890 and occupied until 1989, this estate has an unusually large entrance; a feature uncharacteristic of the other surrounding houses. Within the complex there are several buildings surrounded by a very well maintained traditional Japanese style garden.

The first of such buildings is an armory containing some very well preserved Samurai armor and various weapons including swords and guns dating back from the 15th century along with relics from the Sino-Japanese War.

Surprisingly enough, there is an antique museum believed to house the biggest collection of foreign antiques in Japan. Amongst the numerous items are several gramophones, records and German-made cameras.

Although the 500 Yen entrance fee may deter some people, this is one place where you could easily spend several hours walking through the gardens or looking at the numerous historical artefacts; money well spent in my opinion.

In case you are in need of some refreshments there is a nice restaurant directly opposite Aoyagi-ke, making a good place to take a pit-stop before carrying on or returning back to the station.

However long you decide to spend here, you’ll be glad that you made the effort to visit one of the few remaining places in Japan which hasn’t completely lost itself to the bright tacky cultureless neon lights of modernization.

Yokohama based content creator, editor and researcher. Steven likes, eating, reading and traveling on a streamlined budget guaranteed to make any self-respecting local gulp. When not too busy with work assignments, Steven attempts to not get lost while following Japanese tourist maps.I can be followed on https://stevefmorton.wordpress.com/  or    https://www.instagram.com/stevensvisuals/Lets connect! 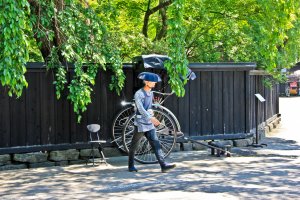 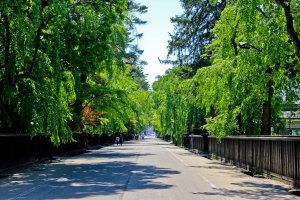 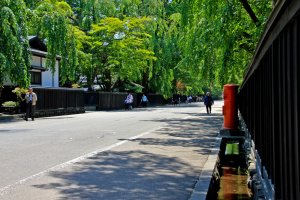 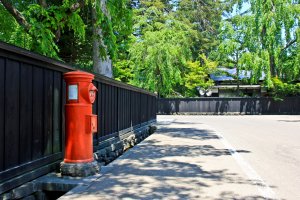 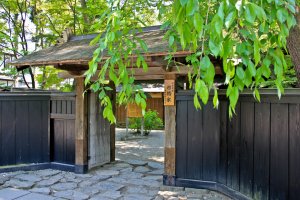 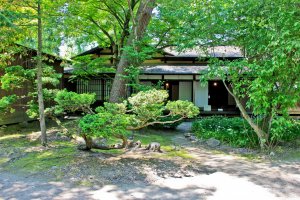