Akita has a lot snow in winter and makes the most of it with several winter festivals. One of the most colourful of them is the Paper Balloon Festival in the Nishiki area of Semboku City. It's held every year on February 10th, to coincide with the lunar new year celebrations.

It's hard to know the exact origins, but the festival seems to have started in the Edo period (1603-1868). It stopped around World War ll and restarted again in 1974. The Semboku area is surrounded by mountains and is kind of isolated from other towns and as a result people there have had to be more self reliant for their subsistence. They originally sent the paper balloons into the sky for the gods with messages written on them, wishing for bountiful rice harvests. As with most towns around Japan in the olden days, rice was an integral part of the culture. In fact, the words for each meal of the day, have the word rice in it, even today.

Since 1974, the paper balloons have different messages written on them. Many businesses will use the occasion to promote their companies. Children who are facing hurdles in their studies, such as entering high school or university will write messages too, in the hope of getting good grades. Prior to the balloon launch, guests can enjoy hot locally made meals and plenty of drinks in tents set up at the edge of the park area. This year, I noticed some large groups with tourists from Thailand and Malaysia. For them, the cold climate must be quite a shock. Most of them were sitting in the warm tents until close to launch time. As a side note, one Malaysian girl I talked to is a regular user of JapanTravel web site.

The festival is divided in two parts: the first has big colourful balloons anywhere from 3 to 12 meters in height. The second part has smaller balloons that are around 50 to 80 centimeters high. The paper balloons are made with the help of local people of all ages. All balloons, regardless of size, have one thing in common: they are all handmade with paper. For the larger balloons they use industrial paper that comes in the size of 1 square meter. The smaller balloons use smaller sized paper. The balloon makers use a kind of paper glue called dempun. You may have already guessed it-the glue is made from rice, too.

The balloon launch starts exactly at 6 pm for the big balloons, with a countdown just before releasing them all at once. The smaller balloons are released little by little after the initial launch. On the day that I was there we were lucky enough to see the full moon, albeit for a short time. It was truly breathtaking to see all the colourful balloons illuminating the night sky. The eight districts of the town participate in this event. It takes a couple of months to design and make the paper balloons. So, the preparations for the event typically start in December.

The initial blowing up of the balloons is done using large gas torches and for the flight itself they will attach a cloth soaked in kerosene at the base of the balloon to keep them airborne. Thankfully the area around is mostly forest otherwise it might be a fire hazard, given there's an open flame inside the balloons. I asked about the recovery of balloons but nobody seemed to know what happens after. Fortunately, they are all made of biodegradable material: paper and wood.

Getting there: The community center is located on route 105, near the Kamihinokinai train station, 28 kilometers from the intersection of Route 46, about 40 minutes by car north of Semboku City. If you go by car allow plenty of time, as the road is narrow and is likely to be slippery, as well as very congested before and after the festival. You could also take the train from Semboku but I'm guessing there aren't that many departures in a day. The local train has extra runs on the day of the festival.

For more info on getting there and parking availability, contact the http://www.akitafan.com/

They have information in English, Chinese, Korean and Thai, you can contact them by email at support@akita-kanko.com, they have staff members who can assist you in English.

I grew up in Quebec, Canada and studied electronics in college, never worked in that field. Moved to Vancouver in the early 80's where I found my real passion, cooking. I ran my own restaurant for 14 years after that worked as a financial advisor for 4 years, I really enjoyed that too but we had to move to Japan for family reasons. After moving to Japan I started teaching English and French. I enjoy teaching too but most of all I enjoy challenges, moving here was challenging but really interesting. Another challenge that I had been thinking about for about 20 years was renovating a house, so for the last 2 years that is what I have been doing. I bought a 25 year old house and am bringing it to modern standards in terms of comfort and earthquake strength. In my time off I like cycling, hiking and snowboarding in winter. Of course I still enjoy cooking. Hope you like my articles. 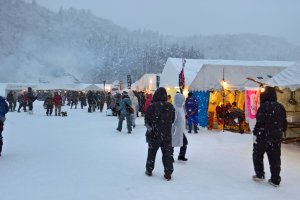 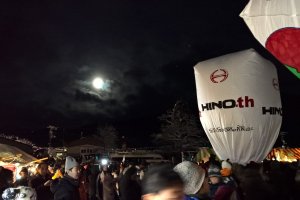 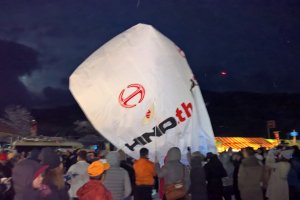 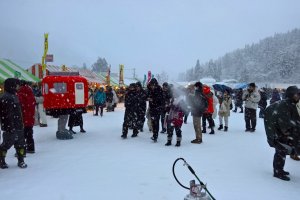 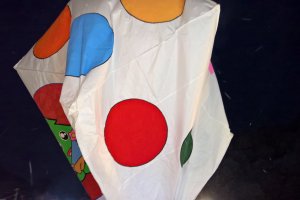 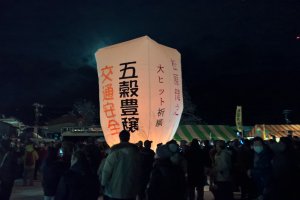