Samurai are synonymous with Japan. Their skill with the sword was legendary. Their obligation and dedication to protect their lord was immeasurable. Samurai were the highest members of society and could enjoy the finer things in life because they received land from their rulers. The samurai may be gone, but their spirit lives on in Kakunodate, the Samurai District of Akita Prefecture.

You can reach Kakunodate and its tourist center by car or by train. In either case you’ll be starting your journey at Kakunodate Station. Exit the station and take a right. After a two minute walk, you’ll find the town’s tourist center on your left. This is your one stop shop for maps and pamphlets in Japanese, English, and even a few other languages. The town does a great job in making it easy for the traveler to get around. There are maps posted around town, taxi tours, and friendly shopkeepers to point you in the right direction if you get lost. You can grab some snacks or small souvenirs from the tourist center, but I recommend waiting until you arrive at the main attraction of the town. Open your map and start your samurai swagger, it’s time to explore Kakunodate.

Kakunodate is known as the Samurai District for good reason. Scattered throughout the town are remnants of the Satake clan’s great empire. Although the Satake clan was on the losing side of the Battle of Sekigahara, the new Shogun Tokugawa Ieyasu showed fellow samurai some respect. After drastically reducing the land the Satake clan controlled, he allowed the clan, like others he had dominated, to join his new government if they behaved themselves. Today, the descendants of the wealthiest samurai families preserve and proudly display their houses that survived the war-torn country.

While there are temples, various shops, restaurants, and even a rickshaw to ride around in, people come to Kakunodate for the samurai manors. There are seven manors, each with their own history and feel. It is easy to visit all of them because they are all located within a ten minute walk of each other and admission is less than 500 yen and sometimes free, depending on the house. Before entering these houses, take a look at the Edo style architecture. Some houses even still retain thatched roofs and magnificent, though small, gardens.

I have two houses in particular I recommend. First is the Aoyagi Samurai Manor. This samurai house is one of the largest and is the best model of the town in my opinion. I still remembered the feeling of walking through its front gate, feeling like a samurai returning from an afternoon walk. I quelled my curiosity by taking photos of the garden and entering one of the buildings that housed samurai artifacts. Second is the Ishiguro Residence with its extensive attached museum, friendly staff, and seasonal displays. When I visited the Ishiguro samurai house, I really felt like someone lived there--in fact, a few members of later generations of the same samurai clan still do live there!

Some houses in Kakunodate also display artifacts, so keep a look out for suits of armor, swords, as well as everyday objects used for daily life. The best thing about seeing the items at these houses was that they were family heirlooms. The very suit of armor I saw was worn on the very street I just walked down. That made everything more magical. When you travel to Kakunodate, you too can feel the spirit of the samurai. 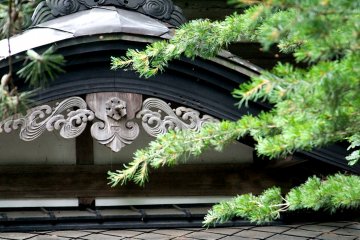 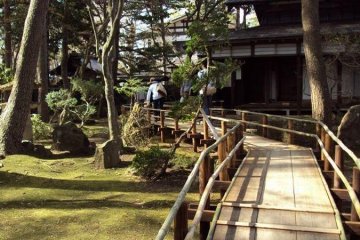 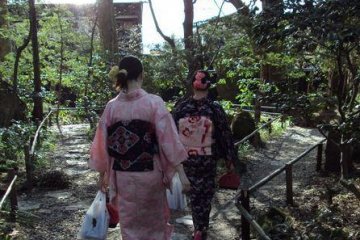 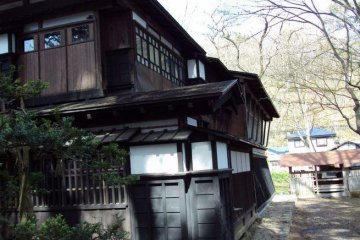 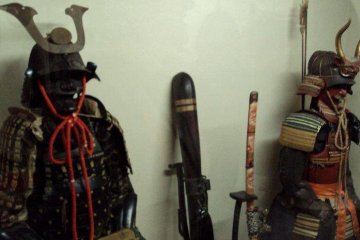 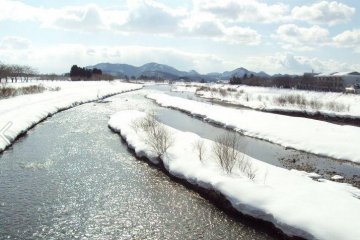