How to roadtrip in the land of the rising sun

For many Westerners, Japan is still the exotic country on the edge of their world map and epitome of mega-cities, high technology, and bullet trains. So, what is it like to explore this foreign country by car?

Japan is a railway country, so why bother?

The initial guidance that almost all visitors to Japan receive is all about the famous JAPAN RAIL PASS for tourists, a travel flat rate for the excellent Japanese train and public transport network. Naturally, only a few bother looking for alternatives to discover the country by traveling on their own terms and getting off the railroad tracks. Presumably, this is so because many unknown challenges lurk on the road: traffic, foreign roads, the question of where to find the daily necessities, and on top of all: the ever-present language barrier. This article seeks to counter the biases and highlight the fact that Japan's infrastructure is positively distinguishing itself from what we are used to in many other countries by solving issues we anticipate out of habit in the easiest and most convenient ways.

Have a surprisingly different experience in your own time

Many advantages when traveling by car or camper-van are quite obvious: on the one hand, you are traveling on your own schedule, and you are not bound to train departure times or connections; on the other hand, you will experience a totally different side of Japan, being able to go after the hidden gems and travel far off the beaten paths which rail-bound tourists can only dream about.

Tea or wasabi plantations located high in remote mountain ranges of Fukui will become as accessible as lonely roads along beautiful coastlines, like the picturesque west coast of the Izu Peninsula in Shizuoka Prefecture, which is famous for its Mt. Fuji views, or the secluded valleys in the backcountry of Shikoku, which might hide one or the other mystic shrine or refreshing waterfall at the end of a lonely road.

Having finalized the car pick-up formalities at the rental agency, one finds oneself roadside with the first destination entered into the navigation device of choice. Here the first questions arise.

In Japan, like in the UK, we are driving on the left side of the road, whereas in the EU, the US and some other countries, it is the right lane. Visitors from those countries will need a few moments to adapt, but usually, it won't take very long to make the change in your mind.

Japanese traffic signs follow international standards, and, with the important exception of the STOP sign, they pose no general problem of understanding. The STOP sign needs to be mentioned due to its general importance. In Japan, it is a red triangle standing on its peak, displaying the Kanji for STOP (止). Thanks to the sign's omnipresence in traffic, often also printed in large on the road, it's easily learned.

Finding one's way is not that difficult. Town and directional signs have given names also printed in Romaji (Latin letters). There is a different approach to selecting destinations in Japanese navigation devices, though. The traditional postal address system of wards follows buildings being numbered in the order they were built, rather than displaying street names. Destinations are found easily by entering their telephone number instead of the address into the navigation device. Users of Google Maps need not worry about these details; they can find their destination the usual way. A hint from experience after driving several thousand kilometers: the navigation algorithm sometimes suggests a shortcut through a residential area when the better choice would be to stay on the main road until the next light/crossing. Alleys tend to become very narrow in those areas. It's advisable to double-check the map and stick to the main road when you hear "Now take a turn...!" at unlikely places.

Driving in Japan is convenient. Once you are in traffic flow, you will realize that the Japanese behave on the road just like in everyday life: they are polite and courteous. There is no honking (it's impolite) and no speeding.

Speed limits in Japan are quite low, at least compared to most European countries (often 30 km/h in town, 60 km/h out of town). You will realize soon, though, that those narrow streets and windy overland roads are not made for anything faster anyway. A nice side effect is that speed cameras are almost nonexistent.

There is something to be aware of for foreign motorists, namely that cyclists and pedestrians ALWAYS have the right of way! There is unexpected behavior too! Sometimes cyclists become ghost drivers as they cycle against traffic and towards you on your side of the street. So please watch out for them, especially in the cities!

Other things one gets used to is turning on the headlights in every tunnel and the mandatory stop for each car before a train crossing.

On your journey, you have the choice between leisurely cruising along country roads for free or saving time by using highways and pay a toll; try to find your balance here! This is especially true along the southern coast of Honshu, which is packed with industrial parks. In these areas, it pays to use the toll roads to win time for visiting more beautiful places. In rural areas, in the mountains, or along a quiet coastline, slowing down and leaving the highways to use the toll-free roads is rewarded with the "real Japan" experience. Always have some cash on you, as even in Tokyo there are toll stations where credit cards are not accepted.

3. Daily Necessities on the road

Aaahh Japan, this is where you shine! A dream, especially for European visitors. There are clean, free, and 24/7 open public restrooms available almost everywhere. You are never far from one, especially by car. Why is that so special? Well, once you had that nice experience in Japan and then travel to other countries, you will know the difference it makes.

Sushi or coffee at 4 am in a village in deep rural Japan? No problem, thanks to the ever-present convenience stores! They are present in large cities and in almost every little village, and they are open 24/7 on 365 days a year. You'll get everything you need in there. Besides warm or chilled foods and drinks, there are toiletries and even socks and towels. A large parking space, free WIFI, a free toilet, and an ATM are standard at every "Conbini".

Refueling the car at the next gas station is also quite simple, regardless of the language barrier. Petrol stations in Japan are mostly staffed, and attendants are eager to service the customer. They guide you in, then refuel and clean your car, and finally, they make sure that you leave the petrol station safely and get back into traffic. There are just a few reoccurring words in Japanese to remember here: "Mantan" for a full tank, "Regura" for regular petrol, and " Krejito Kado" for credit card payment. With "sign", the attendant asks for your signature. Any questions by the attendants that feature the word "Mado" are most likely about cleaning your car's windscreen and windows. Self-service petrol stations can be a challenge in Japan as none offer foreign language terminals. When in doubt, always call for the attendants. They will try their best to help you.

Onsen - There is always one in driving distance

What is still missing on a road trip by camper? Of course, a fully equipped bath with a decent shower! Japan is the land of Onsen, which is the answer to the question. There is always a hot spring to be found nearby. Entry fees normally are just the equivalent of a few Euros or Dollars. The freedom of automotive mobility opens up a multitude of options of more Onsen within easy reach.

Another convenience to mention here are the ever-present laundromats. Many people do their laundry at laundromats in Japan because apartments in the cities don't have much space for a washing machine. This is also convenient for travelers as for only a few coins, all your washing is taken care of. The high-tech washing machines even come with their own detergent supply.

4. Where to stay at night

Spending the night in your car is an uncomplicated matter in Japan, and it is possible at many public spaces that provide sanitary facilities.

Michi no Eki - literary "Road Station"- are a great choice for a convenient overnight stay. Japan provides a network of more than 1,400 road stations located all over the country, so you will never be far from one. They are not exclusively located on Main Roads and Highways. Often they can be found in rural areas in small towns overlooking idyllic river valleys, at the beach, or near regional sights. These rest stops always have 24h open, serviced, and clean, sanitary facilities! During the day, the majority have a variety of shops selling local produce and souvenirs, as well as restaurants and noodle kitchens that treat travelers with freshly prepared Japanese meals. Some Michi no Eki even feature Onsen, a public foot bath, or other amenities typical for Japan.

Other public spaces that will allow an overnight stay are parking lots at parks or beaches; the important point is that there has to be an open public restroom on the premises.

On top of that, there is also a great number of paid campgrounds.

In large cities like Tokyo, Osaka, Kyoto, etc., the recommendation is to look for parking spots suggested by your car/van rental company's guides. Leave the car at a station and explore via public transport or rental bike. If you are on a classic city trip, the classic way of exploring Japan might be the better choice.

Parking in large cities like Tokyo can be costly (20 EUR/hour). Pricing is normally indicated in Japanese only, and rates can be confusing as several hourly and maximum rates are displayed. This is not a huge problem, though, even in these cities, you can find reasonably priced parking spots.

Campervan rental companies usually provide you with a guide that indicates the best spots to leave your car when in Kyoto & Co. This is not an issue in rural areas, and even in Nara or Kanazawa, you can find spots for less than 1000 Yen a day or free. A tip: Often, shrines and temples provide free parking.

Often paid parking features a small ramp you drive on, which raises a bar below your car to stop you from leaving. You pay for the number indicated on your lot at a self-service terminal, which lowers the bar again. Don't forget to have cash on you.

Those having experienced the advantages of automotive travel in Japan - especially the Campervan variety - will struggle to go back to the beaten path. The freedom to explore even the most remote insider spots, far off the tourist crowds, highly cost-effective (as the means of travel & accommodation are one) is uniquely convenient in Japan. In this country, with one of the lowest global crime rates, it is also very safe.

Japan Campers, a Campervan rental agency with an English speaking team and several years of experience with international customers, is based in Narita City. They provide a free pick-up service from Narita Station and Airport.

Loves roadtrips in Japan. More than 12.000 kilometres on Japanese roads on the clock and still counting. Currently lives in Frankfurt Germany. 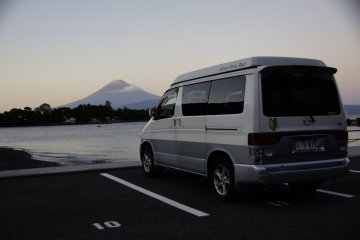 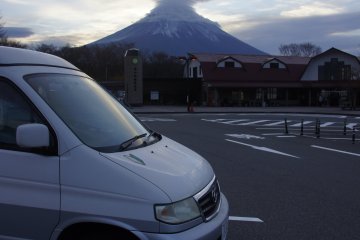 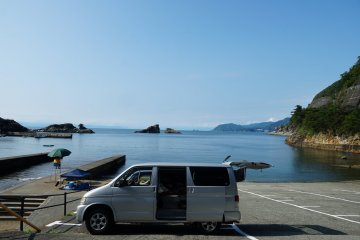 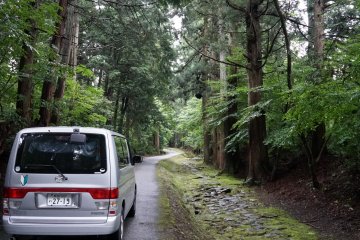 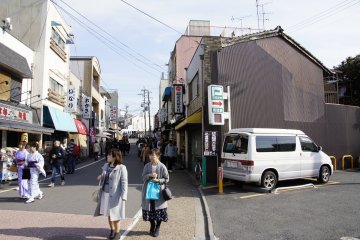 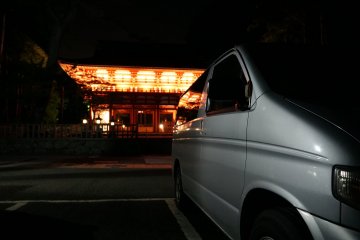 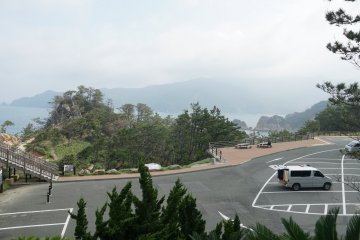 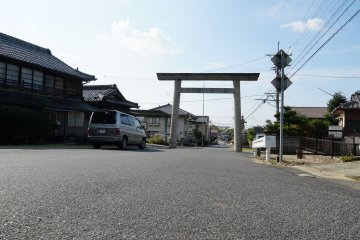 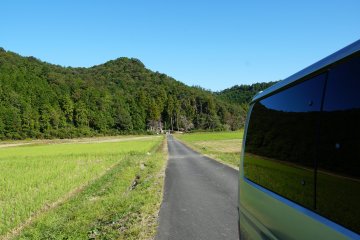 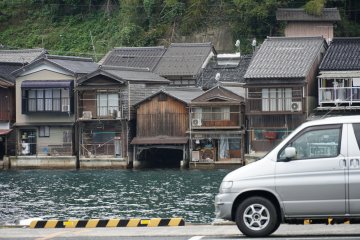 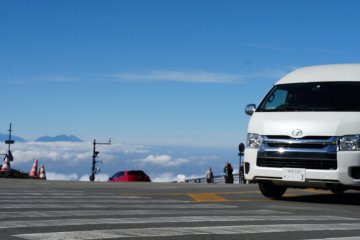 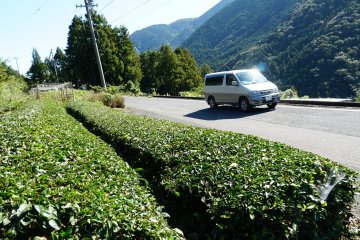 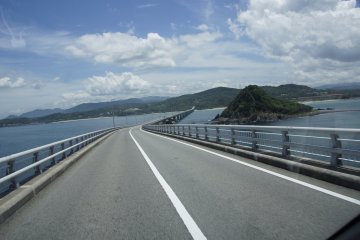 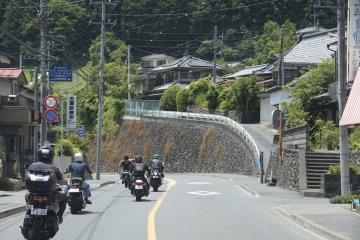 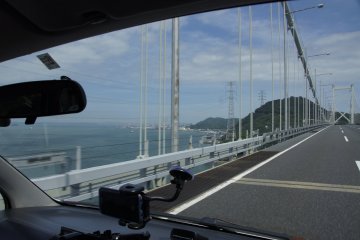 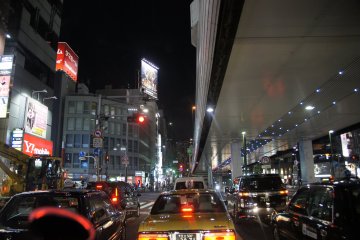 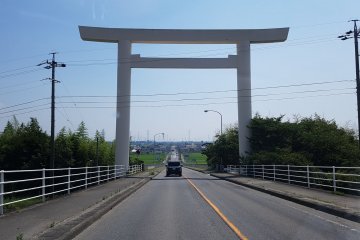 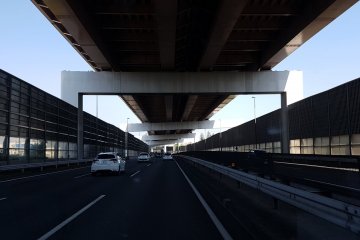 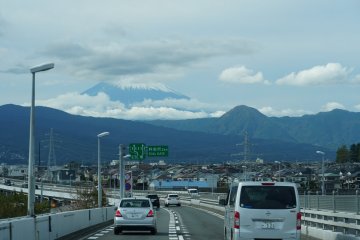 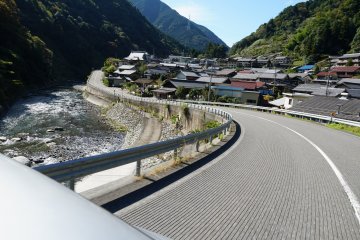 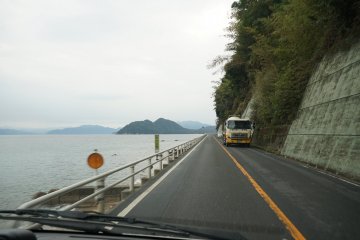 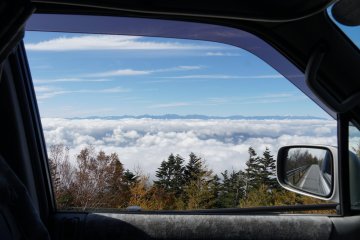 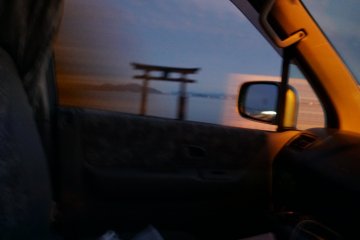 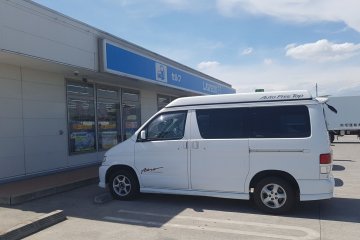