1,000+ people line up – Starbucks now in all prefectures

The final frontier has been defeated at last. Tottori, which had been the "last man standing" in terms of prefectures without a Starbucks coffee shop in Japan, finally opened up its first one on Saturday, May 23rd.

Over 1,000 people, including some from the previous day, lined up in anticipation for the opening of the first Starbucks in Tottori, the least populous prefecture in Japan and most famous for its sand dunes.

The absence of a Starbucks, which opened its first shop in Japan in 1996, in Tottori had been an interesting news topic for quite some time, even resulting in Governor Shinji Hirai famously saying, "We may not have a Sutaba​ (Starbucks) in Tottori, but we do have the best sunaba (sand dunes) in Japan."

Not only were Tottori citizens eager to try Starbucks coffee, they were perhaps more excited about the Tottori opening limited edition Starbucks goods, such as tumblers and mug cups.

Starbucks in Japan is known for their wide variety of goods; in addition to regional limited edition memorabilia, more recently they released Valentine's 2015 and SAKURA 2015 collections for a limited time only, resulting in high demand and many desperate Starbucks fanatics resorting to online auctions to obtain them at a more expensive price. Tottori was no exception - their regional and opening commemoration tumblers and mugs sold out on the first day, and auction prices reached as high as 28,000 yen.

The store is located in the Shamine Tottori department store, close to the JR Tottori Station. 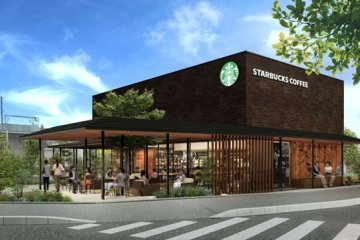 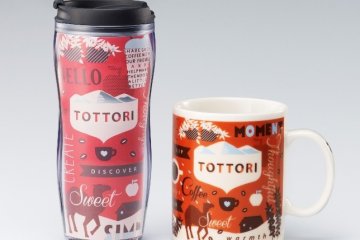