From 1st October, small tattoos will be accepted

For tattooed tourists or foreigners living in Japan, it is truly a challenge to enjoy the public baths here. Most facilities do not accept guests with tattoos.

On 15th April, Hoshino Resort Co., a high-end resort chain, announced that they will accept guests with small tattoos, as long as the inked skin is covered with a sticker.

In Japan, the main reason that behind the ban on tattoos is that inked skin is usually considered a symbol of gang affiliation like Yakuza, which can disturb or scare other customers at a hot spring.

For several years now, this sentiment has somewhat diminished as more and more young people get tattoos as a fashion statement.

“We would like to make this an opportunity to think about existing rules at ryokan [traditional inns] and among onsen fans,” explained Yoshiharu Hoshino, President of Hoshino Resort Co. They will start distributing 8cm x 10cm stickers from October 1st, intended to cover smaller tattoos. 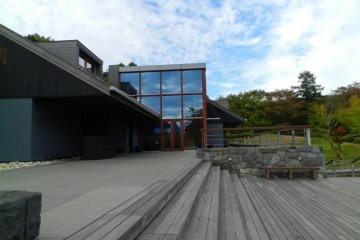