Kodo, a taiko drumming ensemble from the island of Sado off the coast of Niigata, celebrates their 35th anniversary in 2016. The percussion group, which first debuted in Berlin in 1981, has given around 5,600 performances since its inception and is known for its rousing summer performances on its island home.

To celebrate the milestone, Kodo will offer a series of concerts in the Tokyo area this summer. The percussionists will perform in Asakusa in early July, in a series of concerts that display drumming as an artistic performance. In mid-August, Kodo will move their music to Suntory Hall, with three days of performances that celebrate the group's anniversary. The rest of the summer, Kodo can be found throughout Japan, performing in various venues on their Chaos tour.

While Kodo has long been known for their driving, percussive rhythms, the recent appointment of Tamasaburo Bando, a legend in the kabuki world, as the group's new artistic director, has taken the group into new stylistic frontiers. Kodo's music, artistry and energy make their performances one of the must-see events of the summer. 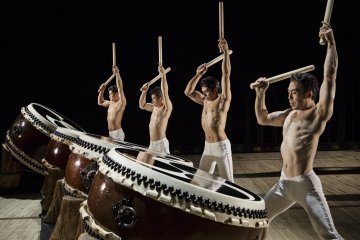 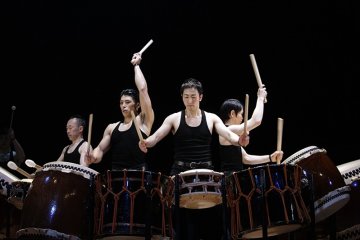