For those interested in Japanese lore, ninja hold particular intrigue. Visitors to the country who wish to learn more about this secretive groups of shadowy characters can do so at the Ninja Museum of Igaryu located in Iga in the western Mie Prefecture.

Aware of the foreign interest in ninja and ninjutsu, the authorities have recently sought to boost the profile of the tourist destination which now attracts over 200,000 visitors a year. Remarkably, around 75% of visitors to the museum are Japanese residents keen to reconnect with the traditions of their past.

The rise in interest over the last couple of decades has been stimulated by popular manga stories and animated films such as Naruto and Ninja Hattori-kun. Both tell the tale of young ninja warriors and the trials and tribulations they face in their roles as covert operators.

These legendary mercenaries of feudal Japan have also appeared in many other modern cultural mediums such as live action movies, fictional books, comics, animated film and games such as the recent Ninja Fruits slotmachine title. Such is the popularity of ninja in the gaming world, there have been over 100 titles featuring ninja characters since the 1980s.

Further plans to boost ninja culture included further historical facilities and a ninja academy where ambassadors will be trained with the goal of raising awareness of the culture around the world.

Visitors will soon be able to immerse themselves in a week-long ninja experience in which they will gain a deep understanding of the ninja and their teachings.

All of this is just part of a wider plane to increase tourism ahead of the 2020 Olympic and Paralympic Games due to be held in Tokyo.

The image of the ninja is often simplified in western culture to meticulously-planned assassinations in the dead of night. But while violent acts form an important part of the clan’s history, these projects will allow enthusiasts to probe much deeper into their training methods and practices.

What to expect from a visit to the Ninja Museum

If you are among the 30,000 or so foreigners expected to visit the museum in 2018, an impressive collection awaits you. There are displays of clothing, weapons and tools; videos demonstrating ninja techniques; and ancient writings. There is also a model village and an area where guests can dress up as a ninja and test their throwing star (Shuriken) skills.

Other aspects of ninja life that can be discovered include the art of disguise, art of spy, swordsmanship, and the arts of fire, magic, pharmacy and astronomy.

Iga in Mie Prefecture and Koka in Shiga Prefecture are both known for their historic connections to the ninja. As a result, they have both been awarded “Japan Heritage” status by the Japanese government. In Koka, visitors can explore a ninja village and get for the lifestyle of the warriors who lived here for centuries. Much of the activities (trick house, obstacle course and pool) are aimed at children but there is plenty to keep adults interested as well. 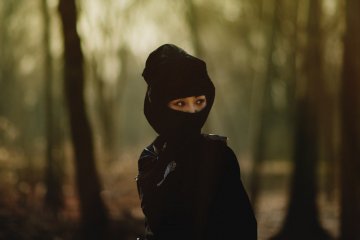 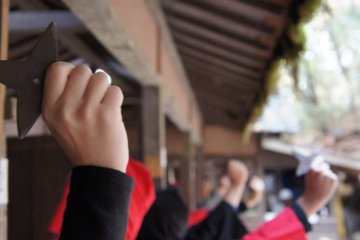