Tokyo nightlife has many faces and exploring both internationally and locally known districts is a bit part of exploring the city and people.

Places like Roppongi, Shibuya and Shinjuku are widely known areas abundant with young Japanese and foreigners alike looking for bars, karaoke and clubs. Neighborhoods well known to locals include Shinbashi, Yurakucho and Akabane and are abundant with authentic Japanese eateries and izakayas, perfect for relaxing and drinking after a long day. Let's take a quick look at two uniquely Japan, but vastly different neighborhoods in Akabane and Shibuya.

Let us know which you prefer in the comments below.

Additionally, have a look at the companion Tokyo Night Life piece for a few more romantic ideas - Tokyo Nightlife: A Night Out For Two

Akabane, located in Tokyo’s northern Kita Ward, is a lively neighborhood with a high number of pubs and izakayas even for Tokyo standards. With a strong Japanese traditional authenticity Akabane is a popular area for local Japanese looking to let loose after work.

The North Exit of the station is best for nightlife. Within a minute of walking, visitors are greeted with a multitude of izakaya bars distinguishable by the paper lanterns and bright lights. The Izakaya doors and windows are open and outdoor seating is available. The smells of local meats and grilled fish abound as you walk the streets so be sure to bring your appetite. Seafood options such as sashimi, eel and river fish are also abundant. In the colder months, you may want to warm up with some hot oden.

Most of the locals are drinking beer and sake types such as rice wine, plum wine and distilled varieties though you can also find wines and liquor aplenty. Reservations and timidness is lost with liquid courage and the locals are often receptive to speaking and greeting foreigners who are much more uncommon in a neighborhood like this. This can be a great opportunity to make a local friend and ask for recommendations in foods, drinks and even travel destinations.

Though not quite to the international standards of more well-known nightlife districts of Tokyo such as Shibuya, Akabane is certainly welcoming to foreigners who are willing to take a bit of an adventure and many locations support with multilingual staff and menus.

Akabane Ichibanchi is one of the well known streets so if you need to ask a local for directions remember this name. Recommended izakaya locations include the following:

Shibuya is synonymous with nightlife in the minds of Japanese and foreigners alike. Once the shops and cafes begin to close, the lounges and clubs awaken and the neighborhood is filled with bright lights, music and laughter.

The first stop for most will be from the Hachiko Exit of Shibuya Station where you will be greeted with the scramble. The famous intersection needs little introduction, but at night time some especially good shots and video can be taken if you have the right equipment. From the scramble you can find anything you need from western bars and clubs to Japanese izakaya or karaoke bars with ease. Most locations will be foreign friendly and have English menus.

Couple of tips for those staying out late. Trains shut down in Japan around midnight and Taxi prices tend to double from this time of night. If you are looking for an all-night club remember that arriving before 11:00pm or so will save you in entrance fee.

Halfway between bar and club are the lounges which are a nice mix between relaxation and partying. Shibuya Oiran is a lively standing area and bar downstairs and a relaxing lounge with table seating upstairs. Both areas are treated to a live DJ and great music, but while downstairs is great for chatting with fellow travelers and locals, the upstairs area is perfect for a relatively quiet conversation over food and drinks.

An even further low-key activity would be taking a few night photos at a temple or shrine. Surrounded by the urban environment and open all hours these shrines can be an interesting and surreal experience to take in after passing through the scramble. Konnoh Hachimangu Shrine is one such place within walking distance just to the east of Shibuya Station. The shrine is open at night and there is just enough lighting to get around with ease.

This article is sponsored by the Tokyo Metropolitan Government. 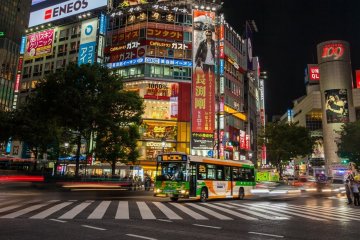 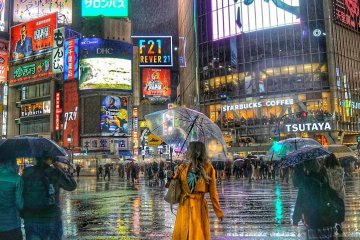 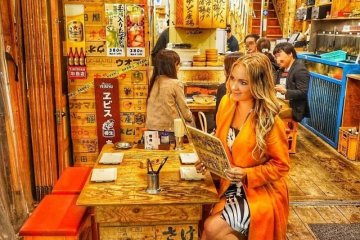 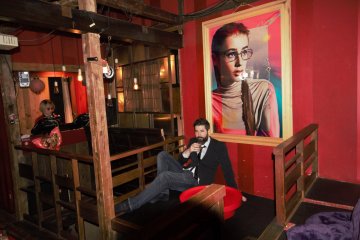 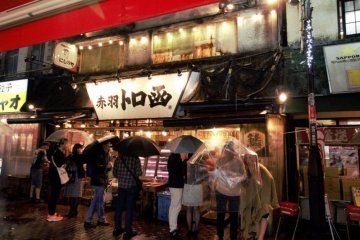 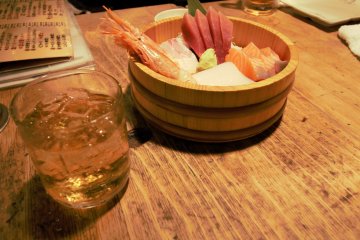 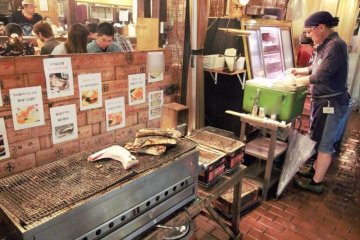 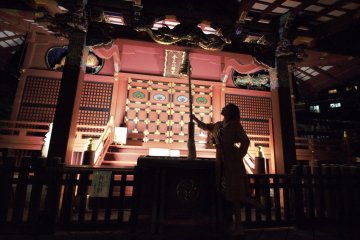 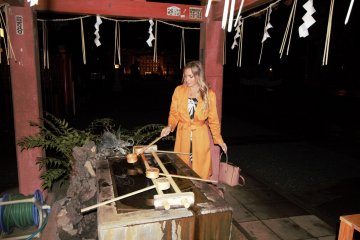