Located in the heart of Chiba Prefecture, Kasamori-ji is an impressive temple dating back to 784 A.D. The temple is usually referred to as Kasamori-Kannon as it houses an image of an eleven-faced Kannon, or Goddess of Mercy. The main hall, or Kannon-do, was built in 1028 and is perched on the top of a large rock. Approximately 60 pillars support the structure, and it is said to be the only structure of its kind in Japan.

Kasamori-Kannon is the 31st stop along the Bando Sanjusankasho, a pilgrimage that leads its followers to visit the top 33 Kannon temples of Bando, an ancient name for the Kanto region (Tokyo and its surrounding prefectures).

It was also immortalized as one of Hiroshige Utagawa's woodblock prints in his '100 Views of Famous Places in the Provinces', dating to 1859. The famous haiku poet, Matsuo Basho, also wrote about it and a monument shares the poem, "Samidare ni kono Kasamori o sashi mogusa". This means, 'In the rainy season, here at Kasamori Temple, I received moxabustion'.

At the entrance to the temple is a long, narrow concrete staircase that takes visitors into the forest. Along the way are three giant cedar trees that have partially 'fused' into one. Beside them is another larger tree, which has a huge hole in it. It is said that if a female climbs through the hole, she will get pregnant.

Continue further to reach an impressive wooden gate, pay 100 yen here in order to enter the main hall. Directly in front of you will be the Kannon-do. To climb the steep wooden staircases, visitors must take off their shoes.

The temple is registered as a National Important Cultural Property, and the surrounding mountains are a National Natural Treasure. As it is built on the top of a hill, the view is breathtaking. On a clear day, it is said that visitors can see the ocean.

It always seems to be raining when I visit. Although open on two previous rainy occasions, I was not so fortunate this time. Be aware that the main hall will be closed if the stairs become slippery and too dangerous to climb. And, as with almost all temples and shrines in Japan, it is prohibited to take photos inside the main hall. However, photos of the surrounding forest and temple grounds are allowed. 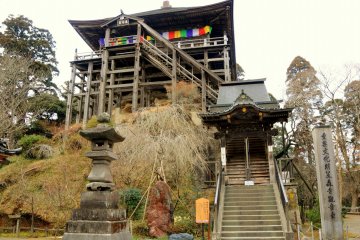 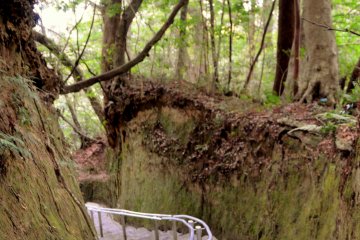 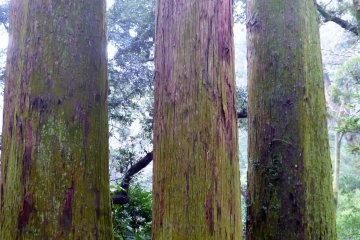 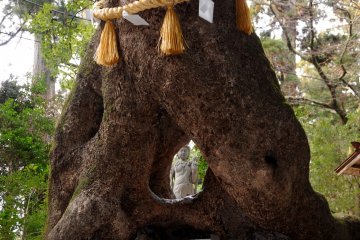 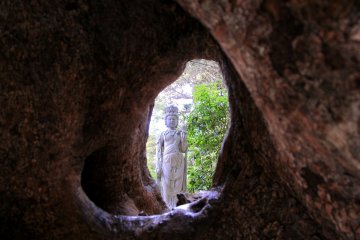 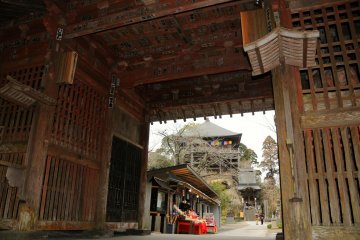 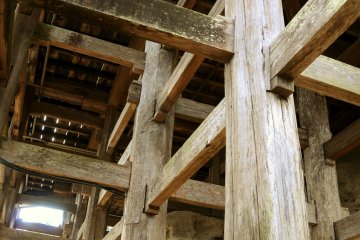 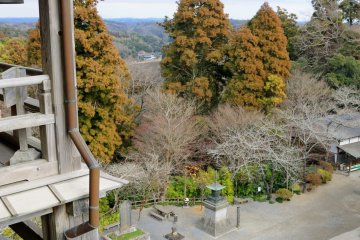 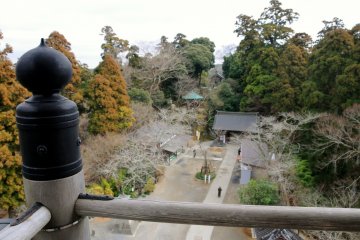