Technically speaking, the spiritual entrance to the temple and shrine grounds lies through the eye-catching red Nioumon gate. If you are entering the park from the recently refurbished park entrance, however, this gate can sometimes be missed. Miss it though, and you'll miss the two fiery nio guardians within the gate structure itself and standing before them, a statue of Kukai, founder of the esoteric Shingon sect of Buddhism and one of Japan's most important - and revered - religious and spiritual figures.

Whether you enter via the Nioumon gate or the modern entrance, you soon come to the entry gate to the grounds of Konjoin Temple. The temple itself was originally founded in 1398, making it by far Noda City's oldest temple complex. Once a branch of the Dogo Temple in Kyoto, Konjoin eventually became a centre in its own right of religious study and learning in the area.

Across from the front of the temple stands a shoro bell tower. Of the classical no-walls fukuhanachi design, its huge classical roofing covers a solid bonsho metal bell with a suspended external beam attached to it. It's a beautiful structure with the tower itself sitting on a raised stone platform - the steps leading to the platform have naturally been roped off but the impressiveness of the bell tower isn't not any worse off as a result.

The grounds of the temple are also home to the Shimizu Kaiun Fudoson Shrine and a monthly goma fire ritual. The ritual most often associated with Shingon Buddhism, the goma fire ritual is performed to cleanse a participant's negative energies, thoughts and attitudes, with the ritual's flames acting as part of a votive offering.

More than just play areas and outdoor fun, Shimizu Koen still retain's its spiritual heart through the history, traditions and culture that make up Konjoin temple.

A 10-minute walk from the West Exit of Shimizu Koen Station on the Tobu Urban Park Line. 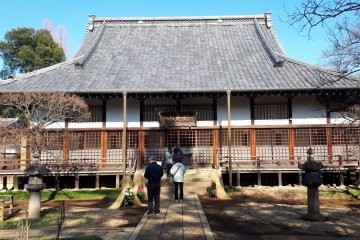 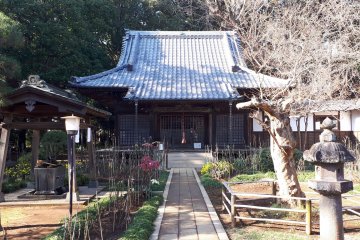 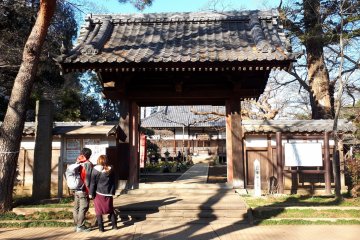 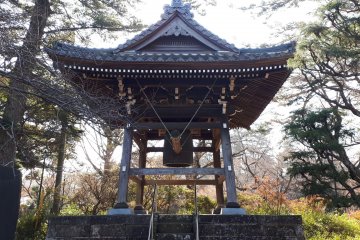