A local delight that can't be laughed at

At first glance, the ground floor of Nakamuraya looks no different to your standard bakery, where many local customers buy bread and other products. With its retro façade, the bakery gives a nostalgic feel of the 1970s. This is in stark contrast to some of the more sophisticated bakeries which you can find in countless high streets throughout Tokyo.

On the other hand, the second-floor coffee shop is where it stands out. Its fans swear by the chicken basket, which despite its ordinary name, has become very popular. Although this dish may not sound particularly sexy or sophisticated, it has become very popular among some people. Despite this dish sounding rather cliched, when I took my first bite, my perception changed. It was delicious and incredibly good.

Regarding the bakery itself, don't be fooled by its retro look. Although most people might imagine it dates from the 1970s, it was actually opened in 1919 in front of Tateyama Station, and still uses the same methods that help give its bread and other products their unique taste. It is also said that some customers come all the way from Tokyo to try its products. As I am writing this article right now, I am trying to find a reason to go to Tateyama again so that I can visit this bakery. Whenever that time may be, I want to have the chicken basket again and also try some other things including its original grape bread and special peanut butter.

In the 1970s, Tateyama flourished as a resort town, with people coming to stay at the hot springs, and in the evenings the area around the station used to be packed with tourists in yukata. But nowadays the area is deserted and there is no sign of it, except for one shop, Nakapang（Nakamuraya Pan), which is constantly crowded with customers.

This bakery can be accessed by train via JR Uchibo Line and is located outside of Tateyama Station. By car, it is a 10 minute drive from the Tateyama Expressway Tomiura Interchange

Kotaro has more than 10 years of experience with the American Music TV Station Group in London, Singapore, and Hong Kong. He has contributed to magazines such as SevenSeas, Esquire (Japan), Marie Claire (Japan), and Keizaikai. He is also the author of On The Road In Europe, a book chosen by Hajim... 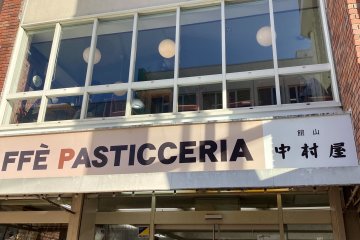 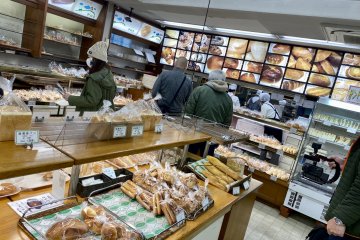 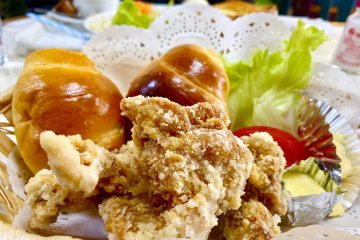 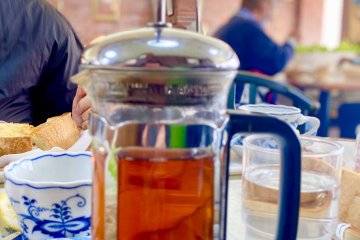