Tomita Ramen is arguably one of the top ramen shops across Japan. Don't take my word for it either — at the time of writing it proudly sits at the top of the Ramen Database with an average 99.22 score in Number 1 spot, twice winner of the Grand Tsukemen Festival, several times winner of Tokyo Ramen of the Year and countless other magazine/industry awards.

What to choose at Tomita Ramen?

Once you're seated at 'Chuka Soba Tomita Ramen' (中華蕎麦 とみ田), located just a few blocks from Matsudo station, two main dishes will be competing for your attention: chuka soba and tsukesoba. The tsukesoba, their version of tsukemen dipping noodles, is the main draw here and it doesn't disappoint. You can opt for different quantities of noodles and also meat toppings (the epic tokusei version): a mixture of perfectly grilled and tataki-style char sui, all of which come together in perfect combination. After experiencing this bowl you'll start to see why Tomita Ramen is often dubbed the best ramen in Japan.

The ingredients hidden beneath the surface of the thick, richly flavoured tonkotsu-gyokai dipping broth, including char siu and bamboo shoots, were delightful, and combined perfectly with the thick, chewy noodles – made fresh on site each morning. It's always challenging getting through a huge bowl of tsukemen but once you run out of noodles, the soup provided afterwards is a great follow-up and balances out the experience perfectly.​

Combining ramen-yu stock (used to cook the noodles) with your remaining dipping broth, this soup can be customised to taste with extra chopped yuzu peel, char siu and/or onion, all available free of charge in any combination. The soup itself uses a gyoukai/seafood base using niboshi sardines produced in Setouchi.

How to eat at Tomita Ramen?

Get in line early to avoid disappointment

Owing to Tomita's popularity, waiting times of 1-2 hours are not unheard of, even on a weekday and despite the fact this place opened as far back as 2006.

Like many ramen shops, you'll need to buy a food ticket from the vending machine just inside the doorway. While the restaurant, which seats 11 people along 2 counters, opens at 11am you can actually buy your tickets from 7am, which is when they start making that day's fresh noodles on site too.

Know when to return for your time slot

If you have planned appropriately, likely the time you arrive to reserve your ticket will not be time you can enter the ramen shop! Once you buy a ticket, a member of staff will typically take your name and contact information, indicating what time to return and when you can expect to be seated. The first intake is seated around 10:40am with the ramen served on the dot from 11am.

It sounds super organised, but if you turn up just before 11am hoping to chance it at opening, you realistically might not be seated until 2pm. I have the unfortunate experience of being in this category on my first attempt.

There is always a long line of people stretching down the block waiting their turn but this really just proves Tomita's credentials. It is worth making the effort to come out to Matsudo to experience Tomita Ramen and now you know how best to avoid the queues if you do.

On occasion, you may see limited-edition campaign bowls on the menu, as they offered for their 10th anniversary where they collaborated with two other famed ramen shops to celebrate, including Michelin-starred Tsuta ramen and Iida Shouten down in Kanagawa's Yugawara.

What's so special about Tomita Ramen?

Tomita Ramen attracts ramen pilgrims from across the country for its famed tsukemen. The legendary chef behind the brand, Osamu Tomita, also opens up about his success in the 2018 documentary-film, Ramen Heads, directed by Koki Shigeno:

Where to find Tomita Ramen?

The main Matsudo store is within walking distance of Matsudo station, but it's a 20 minute train ride north of Tokyo (if travelling from Ueno Station, on the JR Joban Line). It also gets ridiculously busy – so it is worth knowing other Tomita locations, which are steadily growing given the brand's success:

One of Tomita's best disciples opened up his own ramen shop, Uezu (中華蕎麦うゑず) in the Nakakoma District area of Yamanashi (open 11am–5pm, closed Sundays). Truth be told it's likely not on the path of most tourists, but for those visiting Yamanashi or driving to Nagano from Tokyo, it could be considered a worthwhile stop and also sits near the top of Japan's aformentioned community-led Ramen Database. 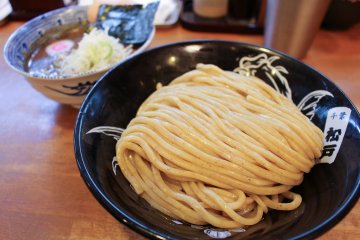 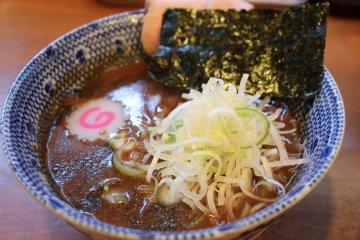 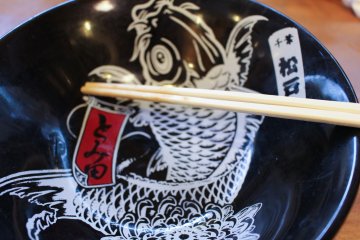 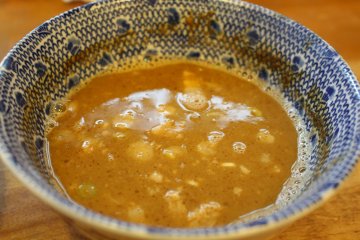 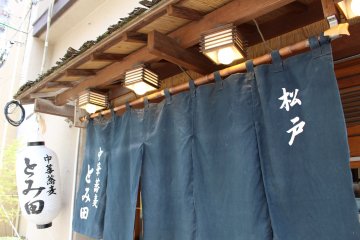 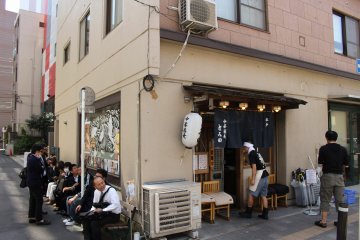 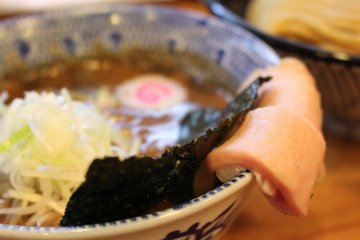 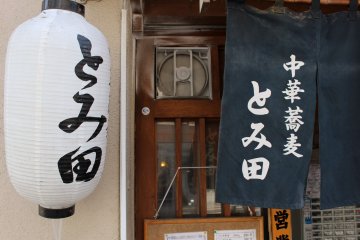 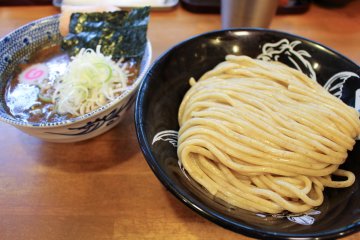 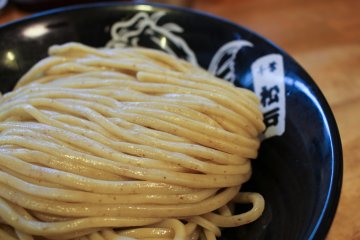 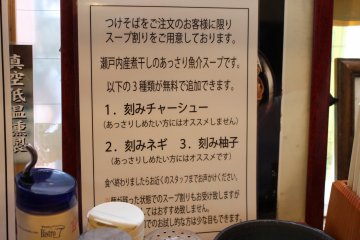 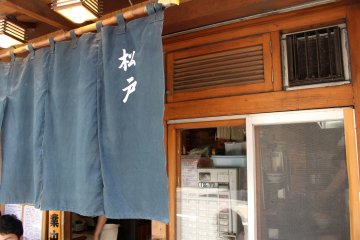 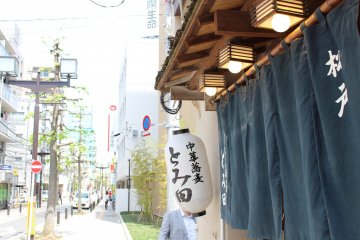