A relaxed outing to rice fields, forests and the sea

On a sunny morning we set out on our motorbike to drive to Katsuura, a small fishing port on the Pacific Coast of Chiba. It would be our first time to Chiba and the drive would bring us through the Bōsō Peninsula which we were very much looking forward to exploring. Though we had heard a few stories on golf outings, we had no idea what to expect from the trip as there is not that much information in English available on the area.

Passing by Haneda airport and the industrial facilities on this side of Tokyo Bay, we took the Aqualine – the bridge tunnel connecting Tokyo Bay with Chiba – and arrived in Chiba shortly after. The landscape very rapidly changed and green mountain ranges started to sprout up everywhere. I caught glimpses of small villages tucked away in valleys, small rivers which disappeared into the green forests and walls of trees that seemed to shoot straight up into the sky. We grew impatient with every minute longer on the highway and wanted to exit as soon as we could. We were finally able to take the smaller route 410, that led us through long stretches of green rice fields with patches of traditional Japanese style houses scattered here and there – the scenery was wonderful.

From the 410, we took route 32 passing Tsukizaki and Yorokeikoku and headed towards the city of Otaki. The small curvy roads also took us past golf courses and sleepy villages and if I would describe the landscape of the Bōsō Peninsula in general I would also be inclined to call it a “well-manicured hilly golf course”.

From Otaki we followed the road signs to the coast of Katsuura, where waves and relaxed beaches greeted us. We sat down for lunch at the laid-back Banzai Diver’s Cafe which had large windowpanes on its second floor allowing for some great views of the sea.

It was unfortunately time for the way back – the drive to Katsuura had taken us more than 2 hours already. We took the road along the coast towards Kamogawa, enjoying some last views of the seashore, and white beaches turned into dark grey ones the further we headed south. At times the villages were neatly hid in greenery between the road and the sea and allowed for some great picturesque images. At Kamogawa we took route 24, which brought us all the way up again to the Aqualine tunnel, where lines of cars were waiting to get back to Tokyo: the usual traffic jam back into the city.

All in all, we had had an exciting and beautiful outing that day, topped off with a lunch with splendid views of the sea. The Bōsō peninsula is not very well explored yet by travelers, which is a huge plus for the area. If you enjoy nature and are not in a hurry to get to a particular destination, Bōsō is certainly worth the trip from Tokyo!

*Editor's note: To rent a motorbike for your own exploration of the Japanese countryside, check out Rental Bike Kizuki.

In September 2010 I came for the first time to Japan on a look-and-see visit. I didn't know much about the country nor its people, let alone had any clue on what it really meant to live here. One day, after renting bikes and stopping at a construction site, a worker came up to me, smiled, bowed, ... 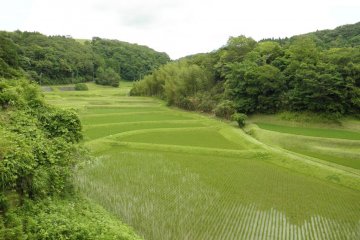 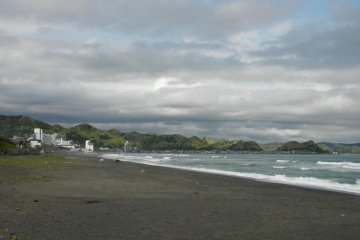 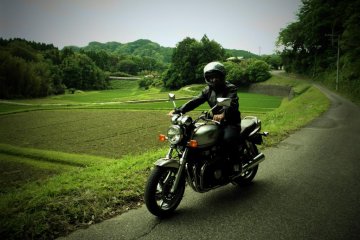 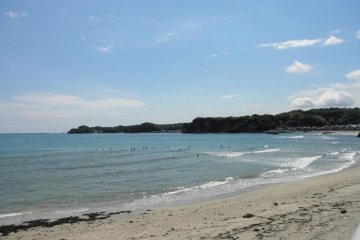 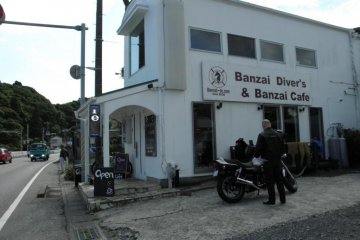 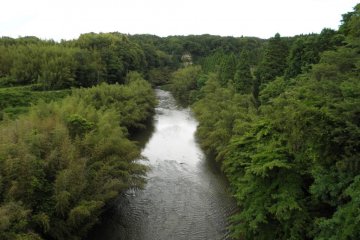 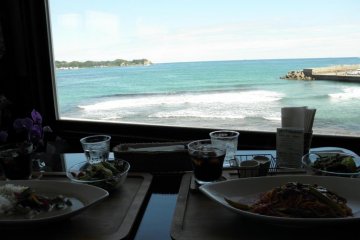 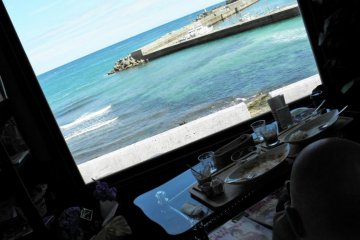 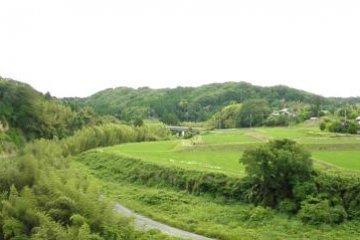 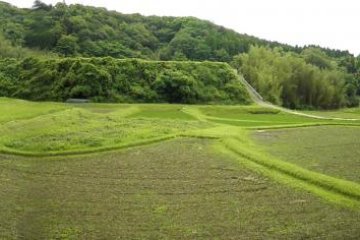