One version how the Shikoku Henro started is linked to Ishiteji Temple 51 in Matsuyama. Someone made the biggest mistake of his life by wronging the great monk Kobo Daishi, then tried to track him around Shikoku to make amends. He apparently did a few circles and counter circles, which became the Henro. He was about to pop off from exhaustion on his 21st circle when up loomed Kobo at the base of the mountain that leads to Shosanji Temple 12. Kobo forgave him since he had done his penance by walking around in circles, and granted him his wish to be reincarnated as an honored lord so he could do good.

Kobo gave the man a small stone on which he had written something, with which the man was buried. Later on a boy was born with a clenched hand. When his hand finally opened, they found a stone which claimed the boy was the reincarnation of the dead man. The boy grew up to be a great chap, and among his good deeds was the building of Ishiteji (Stone Hand Temple).

The stone can still be seen in a small museum at Ishiteji. I did not see it, and this not the only thing I did not see – because there was so much to see in Ishetiji. It was for me, disturbingly and distractingly crowded and crammed, with tons of statues and primitive carvings and figurines, paintings, marble balls and circles, dwarves and demons, loads of Kannons and Buddhas, even a statue that made me think of The Christ. Who knows, in view of the temple’s seemingly eclectic collection, it might be.

But Ishiteji is also quite incredible if not intriguing. Every inch of its sprawling grounds has been somehow filled. I had to sometimes be careful where I stepped for fear of kicking some sacred pebble. It has also managed to squeeze in a pagoda (or was it two?) and even a cave that - guess what - leads to another temple! I did not see this, either. I actually forgot to look for it. The overall feeling was of a lack of symmetry. The rabble of effigies tumbling from every corner, not all too good looking, rumbled the usual temple harmony and order, the feeling that all is right in the world.

I entered Ishiteji by a side entrance through a rather dank grove of juzo, faces bitten off by age, kami dwellings, some a decrepit heap of shambles, and in between, shiny new Buddha statues and juzo. Maybe I was not feeling good here - I was spooked actually. What can I say? It influenced my perception of Ishetiji as disturbing. Even when I was greeted by friendly “aunties” (that's the term we use at home for women my age), I couldn’t settle down, which was a first time for me in a temple. I’m usually excited with the relief of finding it, and the anticipation of what it will be like, because they are all different.  I learned that Ishiteji adds more stuff in every now and then. What will I find if I ever return?

Find out more about Ishiteji Temple. 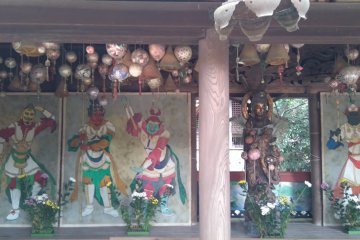 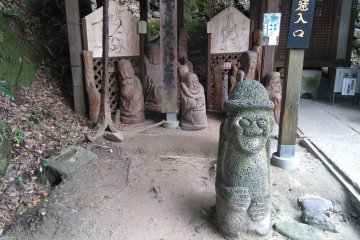 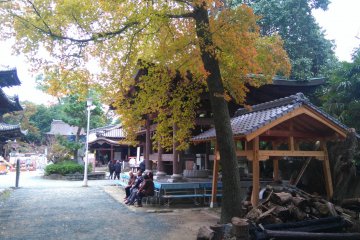 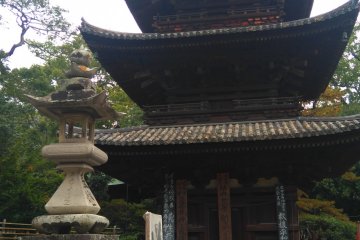 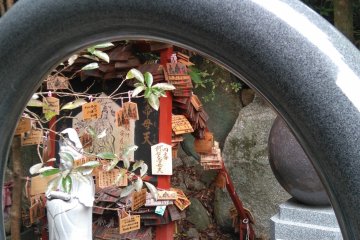 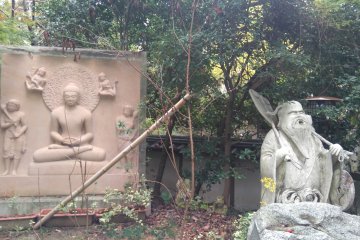 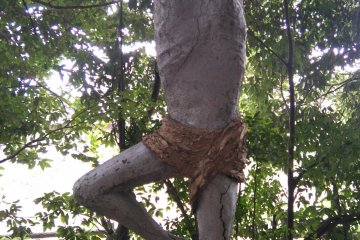