Seapa Makoto onsen and restaurant is located next to picturesque Kashima port overlooking the island of Kashima, a big blob of mountain just off the coast in the Seto Inland Sea. The onsen sits on the seawall just above the beach at Hojo, offering a splendid view of the sea from its outdoor terrace baths.

The indoor section of Seapa features a large rectangular bath. If you climb in and splash water on your face, you quickly become aware that the water is salty. Given the name ‘Seapa’, you could be forgiven for thinking that this is heated seawater, but you’d be wrong. In fact, the water is from a naturally salty spring 650 m underground. This is the only saline onsen water that I’ve encountered anywhere, and it’s rather pleasant to have salty lips in the bath. The water is considered beneficial for skin injuries and problem skin. Not only does Seapa boast salty water, it also uses a nanotechnology electron wave water treatment process to enhance the moisturizing and cleansing properties of the water.

But in addition to all this hot spa goodness, Seapa also offers reasonably priced accommodation for couples. The rooms aren’t big — just six tatami mats — but each room has a generously sized hot spring bath that comfortably fits two people or more. This is reckoned in Japan to be a considerable luxury, and indeed it is. Even though staying at the hotel gives you free access to the large public bath, you can just hop into your private bath whenever the mood takes you, as it probably will. The rooms also have a little balcony that looks out over the sea.

Unlike many hotels that are priced not by the room but by the number of guests, Seapa charges a flat rate for two people.

The discount for the late check-in, combined with a private bath, might be an attractive option for pairs of walking o-henro — pilgrims who are doing the Shikoku pilgrimage.

There are two restaurants, one downstairs serving a range of noodle and donburi dishes, and one upstairs offering a menu based on locally available fish, such as taimeshi.

The menu of relaxation is rounded out with several massage and aromatherapy options.

Seapa is close to a number of pleasant beaches, as well as Kashima Island. 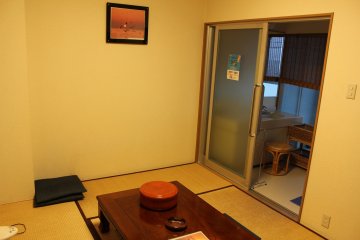 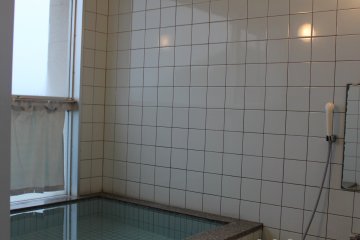 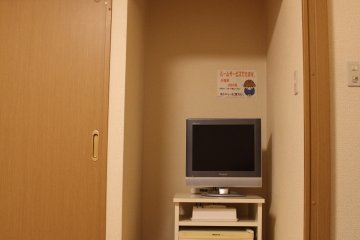