'Spirited Away' to one of Japan's oldest bath houses

Jingles from the surrounding restaurants softly compete for attention on the approach to the dark wooden and turquoise tiles of the famous bath house. Dogo Onsen, the inspiration for the Studio Ghibli film Spirited Away, is one of Matsuyama's most prized buildings and one of Japan's oldest bath houses. At first sight, the most noticeable thing about the hot spring is its confectionery-like structure of multiple layered roofs. Inside, bubbling waters and sparkling history await.

Dogo Onsen is the glorious result of hundreds of years of expansions, each stacked on the other, resulting in a decadent cluster of ancient architecture. On closer inspection, the building boasts some unique ornamental details, particularly the white heron motif that adorns the railings, and perches on its highest turret – a nod to the local folklore about the spring waters that healed the injured bird.

There is something enchanting about the sprawling quality of the Dogo Onsen complex. Despite the fantastic embellishments that Hayao Miyazaki’s art team made for the Studio Ghibli film, it is clear why Dogo inspired Spirited Away’s animated bath house. The film perfectly captures the flurry of activity at this tourist hot spot, as well as the sense that somehow the building is bigger on the inside. Ascending and descending the multiple sets of seemingly illogical stairs that twist through the traditional wooden interiors feels like stepping through time.

The practicalities of bathing at Dogo are in line with onsen bathing elsewhere in Japan. The standard ¥410 ticket (the “Kami no Yu” course) grants access to the baths themselves, where after undressing and a thorough wash, you may enjoy the waters. Soap and a modesty towel are required and can be purchased for a small supplementary fee.

Three other more luxurious bathing courses are offered, at price increments up to ¥1,550. I would recommend the “Tama no Yu” course, where for ¥840 you can enjoy the second floor tatami lounge, which offers a relaxing experience overlooking Dogo. This option also includes a complementary service of tea and sembei (rice crackers), a rental set of yukata, and access to the Natsumi Soseki museum. Soseki was Tokyo born but beloved to Matsuyama because of his 1906 novel Botchan, which centers around a young teacher of English stationed in the (then quite rural) city. The protagonist wryly recounts his tribulations in Matsuyama, during which time Dogo Onsen is a regular refuge.

The bathing rooms themselves are gender segregated, and relatively small compared to more modern onsen complexes. The naturally alkaline waters at Dogo are famous for coming directly from the source, perfectly clear and odorless, at a toasty 46.8ºC. The main bath is sculpted a traditional style, constructed from solid granite. As with most onsen, the most regular patrons are from the older generations, which definitely contributes to the onsen’s traditional, earnest atmosphere.

Bathing at Dogo Onsen is certainly not to be missed. It is a unique onsen experience in many respects, but especially so because of its repeated influences and instances in Japanese culture. After a long soak a refreshing, locally brewed craft beer might be in order. Dogo Brewery is situated just next door and is the perfect place to reflect on your immersion in Japan’s oldest onsen.

Based in Matsuyama, Ehime. Life here in the biggest city on Shikoku combines all of the warmth of a more rural region with the conveniences of a metropolitan environment. For a taste of what the region has to offer, check out Awagami paper making and the annual Tsubaki Matsuri. My areas of int... 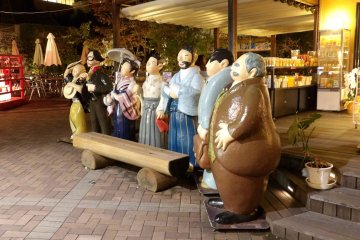 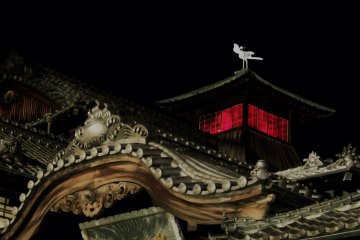 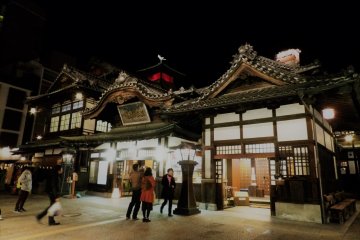 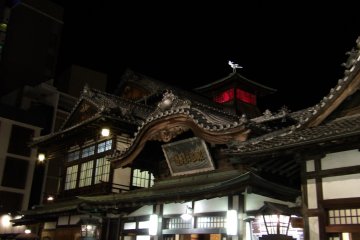 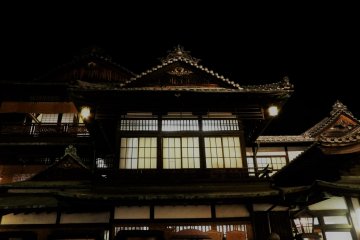 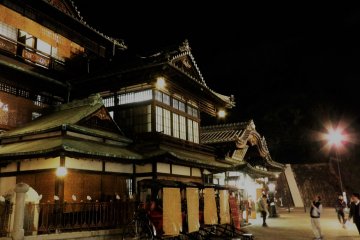 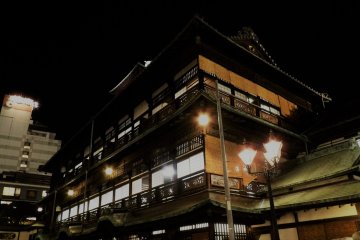 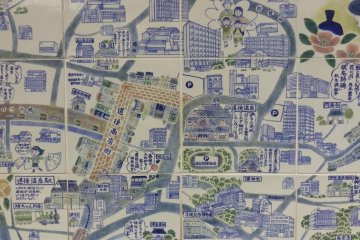