There are plenty of options for getting here

Shikoku has traditionally been rather a difficult place to visit, with sea routes being the only option. But times change and progress is made, and today there are many ways to get to Matsuyama and the rest of Ehime.

One of the best ways is still by sea. Matsuyama is just across the Seto Inland Sea from Hiroshima, and the two cities are linked by convenient and reasonably priced ferry services. Matsuyama Tourist Port is linked to Hiroshima by two types of ferry, a high speed passenger ferry, the Super Jet, and a slower car and passenger ferry called the Cruise Ferry.

The Seto Inland Sea is also spanned by a network of beautiful islands and bridges called the Shimanami Kaido. This highway is very pleasant to drive if you have a car, and once you’re on Shikoku, expressways head east and west from Imabari along the backbone of Ehime. But you can also cycle the length of the Shimanami Kaido since there are bicycle paths along the whole route. If you don’t have your own bicycle, you can hire one and leave it at your destination. Nowhere else in the world offers a ride like this over dramatic bridges, turbulent sea passages and pine-forested islands.

Matsuyama has an international airport with air links to China and Korea, as well as to major cities within Japan. There’s also an efficient express train service which offers travelers the opportunity to ride the charming Anpanman Train, inspired by Japan’s bread-headed superhero.

And once you get to Matsuyama, you can have fun describing a big circle in the sky on the Kururin Ferris wheel. 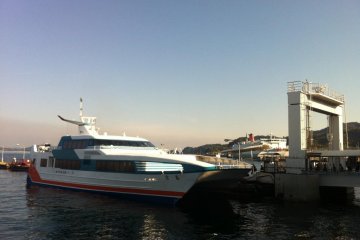 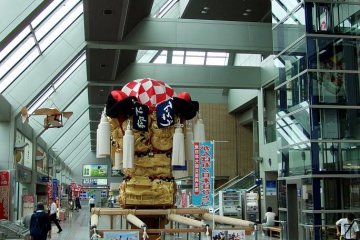 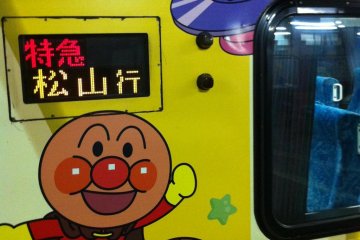