Uwajima is a small city in the south of Ehime, facing the beautiful Uwakai Sea, with its deeply indented coastline. Here, pearls are cultivated, contributing greatly to the wealth of the city, particularly in earlier times. Despite its compact size, Uwajima was until recently a bustling city, known as a centre of learning. Today, Uwajima is more of a quiet seaside town that is seeking ways to carve out a future based on its historic heritage.

A history of distinguished guests

Part of this heritage, Kiya Ryokan (木屋旅館) was once one of Uwajima’s premier Japanese inns. Founded in 1911, it hosted politicians such as statesman Shinpei Goto, Japan’s first Boy Scout leader, and prime minister Tsuyoshi Inukai, who was murdered in the May 15 army mutiny of 1932. Another guest was author Ryotaro Shiba who wrote Saka no Ue no Kumo, a novel that was used as a basis for reviving tourism in nearby Matsuyama.

The ryokan is a long, two-story wooden building in the style of a hatago, lodgings for travelers at post stations along Japan’s national highways since the Edo period. Black and white photos from the early 20th-century show Kiya as a smart place with prestigious motor vehicles stopping outside. But after a long decline, Kiya closed with much regret in 1995. Left untouched for several years, it was brought back to life in the spring of 2012 with a complete makeover by renowned architect Yuko Nakayama. This is where the story of the new Kiya starts.

The approach was to create an elegant and sophisticated place of aesthetic inspiration. The fusty trappings of the mid-century ryokan were stripped away to leave the beautifully balanced lines of the basic structure looking like a three-dimensional Mondrian grid. This effect has been enhanced by the use of transparent floor sections, which offer guests dramatic perspectives both from above and below.

​Despite its enduring name, Kiya is now an exclusive rented accommodation rather than a ryokan per se. Groups starting from two guests up to eight can enjoy the whole of this fascinating building to themselves. Special touches everywhere keep you entertained as you bask in blissful “un-attendance”. Dining out in Uwajima is of course an option, but if you’d prefer to eat in, various meals can be delivered to Kiya.

From its little Edo-period castle to its fertility shrine with a unique museum of erotica, Uwajima offers much to see. There are various events and festivals throughout the year too, including bull sumo and the spectacular Ushioni bull-demon festival. Kiya Ryokan makes an ideal place to stay as part of a trip between Uwajima and Matsuyama, with stops at scenic Uwa, Ozu and Uchiko. 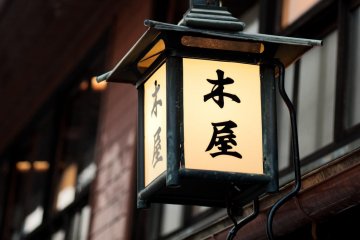 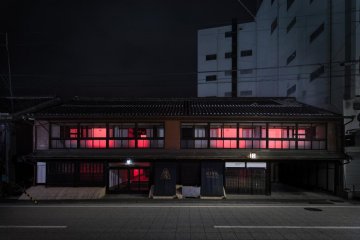 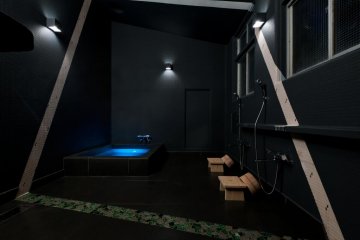 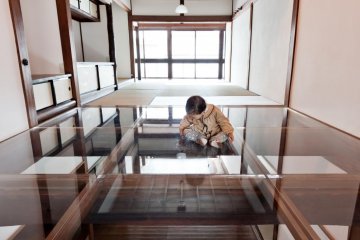 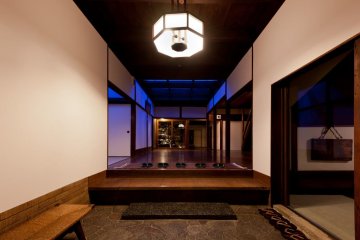 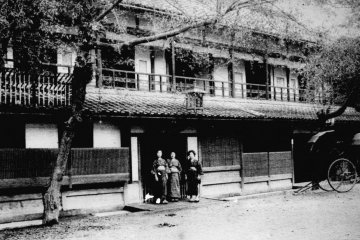 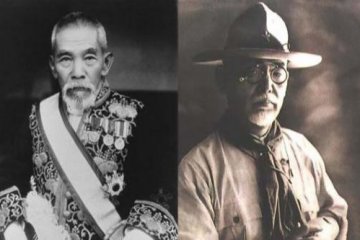