Temple No. 61 on the Shikoku 88 temple pilgrimage

Koon-ji looks like a conventional temple from the entrance. There’s a pleasantly green area with cherry blossoms, a stand of old trees, a tea-house and mossy stones. But as you enter the big plaza in front of the temple, all you can see are concrete and tile buildings. The main temple building is a vast and rather brutal-looking structure with a tiny slot in the bottom bedecked with multicolored curtains. When you approach, this slot is revealed to be a room containing a Buddhist altar, although a laser printer wouldn’t look out of place in there.

A flight of concrete steps leads up the left side of the building to its second floor which houses both the Main Hall or Hondo and the Daishi-Do. Every temple on Shikoku’s pilgrimage route has a building called the Daishi-do to venerate Kobo Daishi, the founder of the pilgrimage, and this is the only case I know of where they share the same building. The Hondo features an altar with elaborate lanterns and a great deal of gold pendant decorations, with a large gold Buddha statue in the middle. Unlike most temples where the congregation sit on the floor, there are cinema-style seats in Koon-ji. This edifice was built in 1976.

Outside, there’s a bell tower of conventional design, although made of concrete, an interesting pagoda and some aged-looking stone Buddhas. I watched an elderly lady performing a strenuous personal ritual in front of each one, first bending over backwards and then silently bowing forwards at a right angle.

With all of this modernity, you would probably be surprised to learn that this temple was founded by Prince Shotoku, the noble who first introduced Buddhism to Japan. The name Koon-ji means Temple of the Incense Garden, for reasons that aren’t apparent today.

Koon-ji is one of five pilgrimage temples located relatively close together in Saijo. The others are Yokomine-ji No. 60, Hoju-ji No. 62, Kichijo-ji No. 63, and Maegami-ji No. 64. If you visit on a weekend, you’ll encounter large parties of pilgrims arriving by bus. 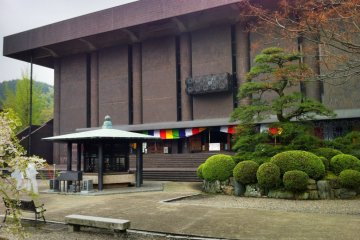 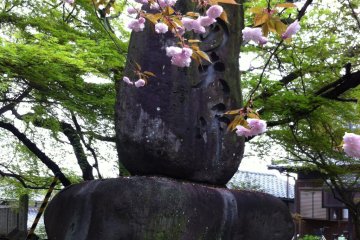 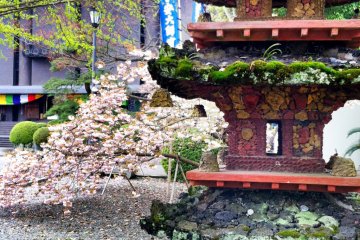 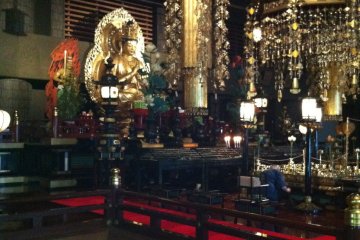 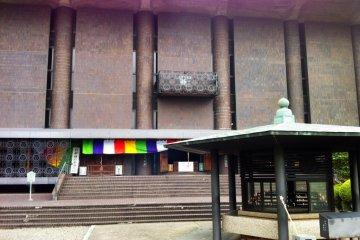