Good eats on the road

When you’re traveling by car in the southern part of Ehime, you can go for long stretches without seeing a single place to eat. So it’s good to know where the eateries are, especially the good ones. Kur Therme Hosenbo in the village of Shirokawa, Seiyo is an onsen that also happens to have a pleasant cafeteria, with excellent, reasonably-priced food. This is a convenient place to stop and eat on visits to Shirokawa and its environs.

Within the onsen building itself is a small self-service dining area with tatami mats and low tables. There’s also a separate room with a table and chairs. Picture windows overlook a patch of grass and trees. You select your meal from a ticket machine showing little photos of the food. I chose the soup curry with rice for 720 yen.

When my number was called after a short wait, I was pleased to find that the ‘soup’ curry had been made quite substantial with various tasty-looking charcuterie. There was a delicious sausage, some chunks of ham, half a boiled egg, mochi rice patties, and various beans and vegetables. The soup itself was fragrant and slightly piquant. And the amount was just right for a mid-day meal. You can spoon your rice onto the curry, or take the opposite approach, for a slightly different texture and experience. The cafeteria also offers some more typical fare such as noodles, donburi, and Japanese curry.

The sausages and ham are produced locally at the nearby Shirokawa Natural Farm, and the onsen shop offers small packages for purchase.

The atmosphere would have been perfect but for a large and noisy TV on one wall, which nobody was watching. Near the cafeteria is a well-padded kid’s playroom with some attractive toys.

Of course if you have time, a long relaxing soak in the Kur Therme Hosenbo is an experience not to be missed. The water is scientifically proven to have a slimming effect*, so if you’re concerned that the charcuterie might have become a fixture, you should probably take a dip.

* over the course of several months! 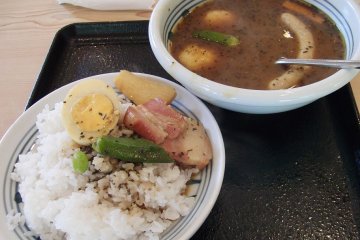 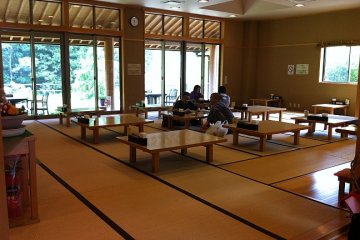 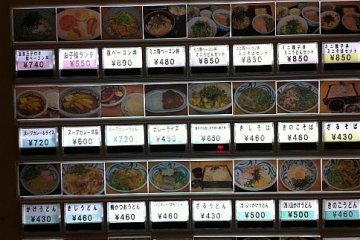 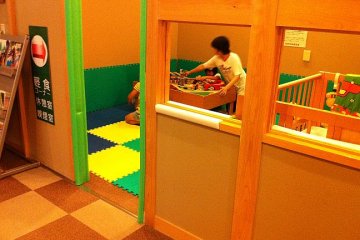 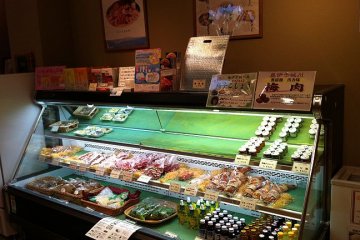