In Uchiko the production of Japanese wax started from the middle of the Edo period. Towards the end of the Edo period, the town accumulated a great deal of wealth thanks to the development of a new technique for producing wax and the expansion of its market for overseas.

It’s remarkable to think that this small provincial town on Shikoku achieved such wealth in markets overseas. Even today we can enjoy the carefully preserved traditional elegance of the merchant’s houses that this wealth brought into being.

Wax Museum and Kami-Haga Residence
The Kami-Haga Residence was the home of a wealthy merchant, a branch of the Haga family. The large house has elaborate plaster work and an elegant interior with a courtyard garden. The compound includes a fascinating wax museum, a traditional warehouse made of clay, and wax workshops. The house is open to the public, and the museum explain the production Uchiko’s wax candles that were prized for their quality around the world in the 19th century.

Museum of Commercial and Domestic Life
This merchant house shows the thriving business and lifestyle of a pharmacy around 1921. Various scenes of daily life are represented using life-sized figures and tools of that time.

Uchiko-Za
Uchiko-za is a theater built in the economic heyday of Uchiko by people who loved the performing arts. During the agricultural off-season, kabuki, puppet theater, and rakugo (comic story telling), were performed here. The old theater was a 2-storey wooden building with a clay tile roof built in 1916 to celebrate the accession of the new Emperor Taisho. Uchiko-za was converted to a movie theater and later fell into disuse. It was going to be torn down, but was repaired in 1985 by the citizens. Uchiko-za was revived as a theater in October 1985. Currently, more than 70,000 people visit the theater and it’s used by more than 16,000 people a year as a multi-purpose hall. The theater holds 650 people. 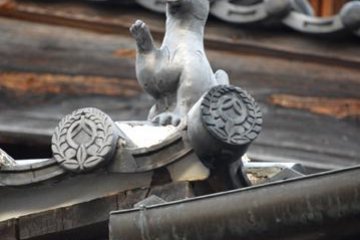 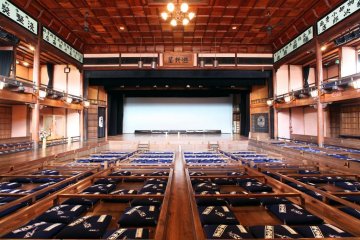 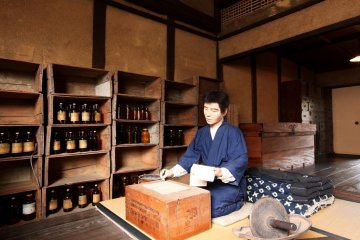 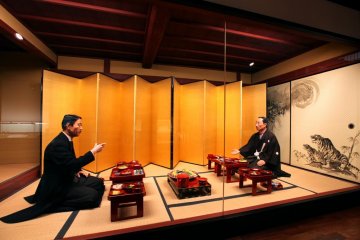 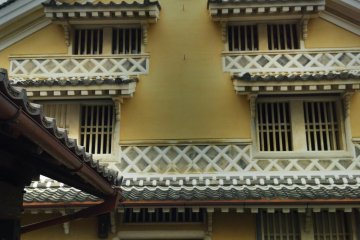