From the Ehime Prefectural Art Museum, as you gaze up towards Matsuyama Castle, you can’t help noticing a walled off area raised just above the park against the flank of the hill where the castle stands. This is the Ninomaru Historical Garden. For those who lack the time or energy to make their way up to the castle, this makes a good substitute.

The path to the garden winds up between the lower sections of the castle walls. The walls surrounding the garden itself and the fortified gateway are at least as imposing as anything up at the castle. Although the garden is only a short way up the hill, the views of the city and the mountains to the south are spectacular.

The garden is the site of the accommodation of the lord of Matsuyama Castle (the Tono-sama) and his family. Although these accommodations no longer exist, the foundations are marked by low walls filled with water, which now form part of the garden. There’s also a huge stone-lined well, eighteen meters by thirteen across and nine meters deep, with steps descending to the bottom. The Tono-sama certainly picked a good spot for his house.

The garden is planted with flowers and trees that flower throughout the year at different times, so there should always be something blooming. There are various naturalistic ponds with fish, and an artificial water feature that involves a large upturned ceramic urn, a subterranean chamber, and dripping water, which makes a cool, pleasant melodious sound. You have to put your ear to a bamboo tube buried in the ground to hear it. This is definitely an aesthetic refinement for the sort of spirit that can revel in haiku. There are also three tea-houses, which don’t serve tea, but which can be rented for a few hours at a time. Musical events and displays of flower arrangements are held throughout the year.

The Ninomaru Historical Garden is probably not a place most visitors will write home about – although perhaps it might be if it were completely free to enter. Nevertheless, it’s a pleasant enough example of a Japanese garden, the well is an unusual example of its type, and the panorama of the city is good. There’s plenty for the photographer here too, whether the goal is to take cityscapes or to focus on flowers, insects and birds. 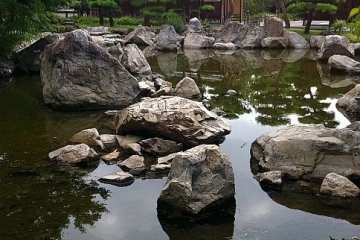 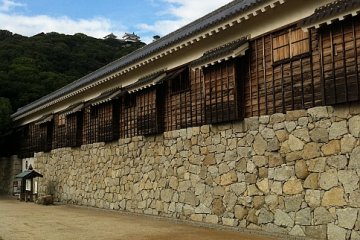 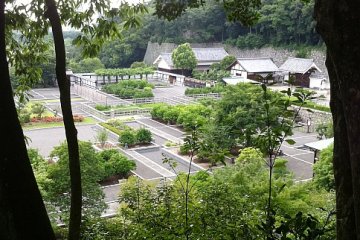