The car ferry terminal serves Beppu and Usuki in Kyushu

Yawatahama is a sleepy port town in the armpit of Japan’s longest peninsula, the Sadamisaki Peninsula that juts out of the western side of Shikoku, into the sea known as Uwakai. This is the sea that lies between Shikoku and Kyushu, and Yawatahama serves as one of the ports linking these two southern islands.

The city of Yawatahama is divided into two main areas, separated by a mountain road and a tunnel. The ferry terminal is in the southern part of the city, in a V-shaped inlet. From here you can take one of the frequent car and passenger ferries to Beppu and Usuki in Oita Prefecture on Japan’s southwestern island, Kyushu.

The ferry terminal itself is a big, imposing concrete building standing on its own with a large tarmac area in front for cars to line up. You can see the gaping maws of the ferries behind the terminal. The building appears to be a relic of the 1960s, and the atmosphere both inside and out is very reminiscent of that era. It has a couple of souvenir shops, a number of restaurants and bars, and even a half-hearted attempt at museum exhibits—a few model boats and a diorama explaining dragnet fishing. Most of the toilets are of the inconvenient Japanese squat type, but if you hunt for them, you can find a few of the more usable Western variety.

If you enter Shikoku from Kyushu, you may be tempted to enquire at the tourism information booth that greets you in Yawatahama Ferry Terminal. When I asked what might interest the tourist in Yawatahama, they told me “Nothing. There really isn’t anything”. Fortunately, this isn’t actually true. There’s enough in Yawatahama to merit a day’s sightseeing and relaxing, although it certainly helps to have a car. 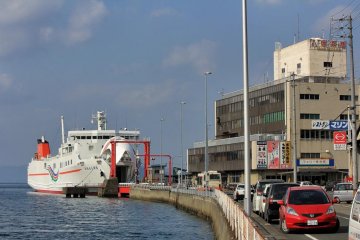 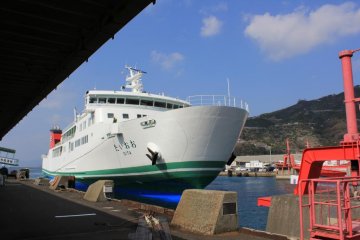 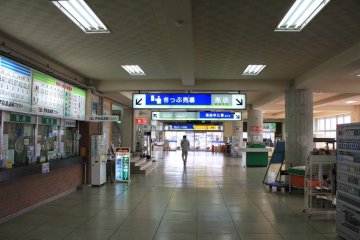 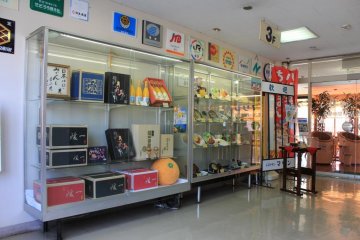 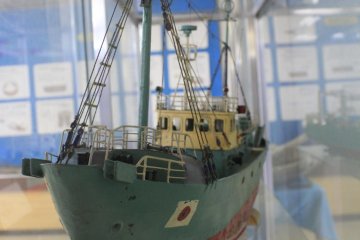