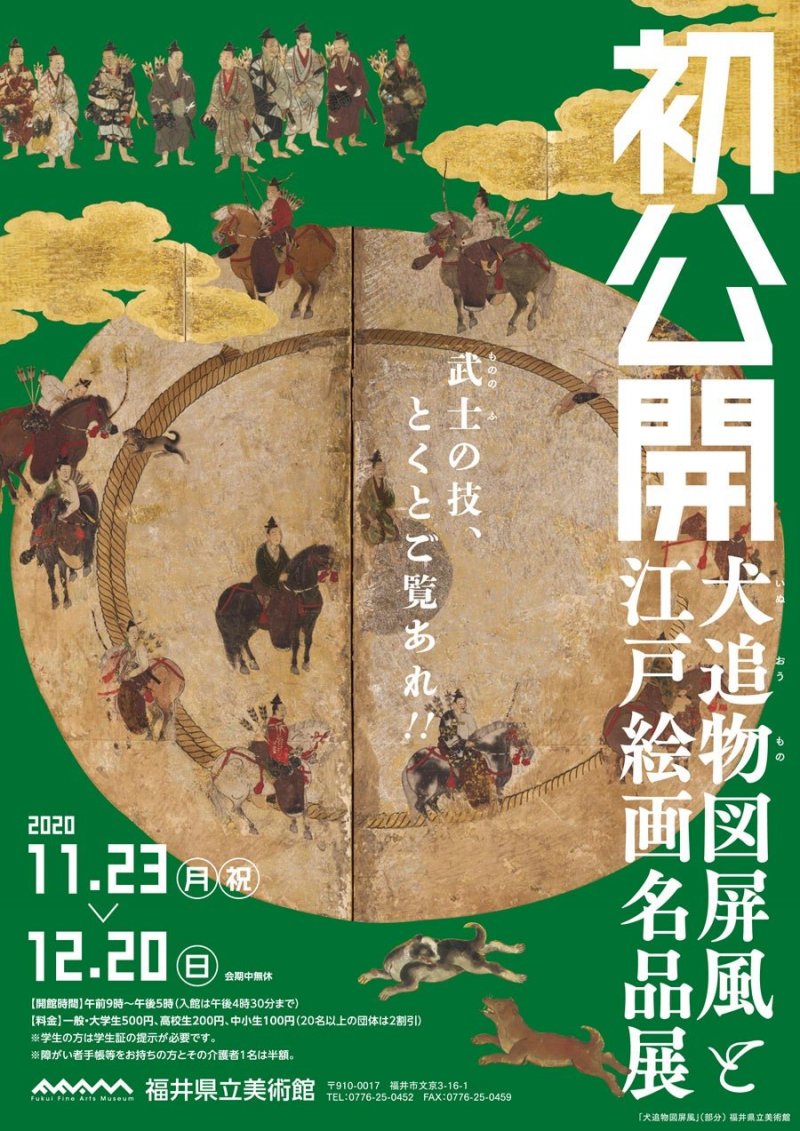 A special event at the Fukui Prefectural Museum of Art

A special event taking place at the Fukui Prefectural Museum of Art looks at a range of folding screens depicting the samurai archery competition known as "Inuoumono", which dates back to the early 17th Century. Alongside these traditional folding screens there will be a variety of Edo-period paintings from the likes of Iwasa Matabei and Katsushika Hokusai.

The Fukui Prefectural Museum of Art is located approximately 20 minutes by bus from the JR Fukui Station, served by the Hokuriku Main Line, the Etsumi-Hoku Line, the Katsuyama Eiheiji Line, the Fukubu Line, and the Mikuni Awara Line.

Take the "Smile Bus" from the station's west exit, until you reach the stop for the Fujishima High School. The museum is just across the street from there.

For those who plan to drive to the venue, it's approximately a 15 minute drive from the Fukui Kita IC on the Hokuriku Expressway. Free parking is available on-site.