A look back in time to Meiji era Hakata

Hakata city is one of the oldest cities in Japan. It has served as the gateway to Korea and China in ancient and modern times. During the medieval period, Hakata city was the center of commerce and trade with Korea and China as well as serving as a port city. During the 17th century, the samurai general, Kuroda Nagamasa established a castle on the west side of the river and on the opposite bank, Hakata continued to thrive in trade and commerce. Hakata has a rich history and was subject to an invasion by the Mongolian army at one time.

Walking around the city today, it is hard to see its rich past until you visit the temples and shrines that are still in place and centers of prayer, worship and celebration. One place to visit where the past is still kept alive is the Hakata Machiya Folk Museum. The city holds onto its unique identity and it is on display inside the museum.

The museum has magnificent displays depicting the two major festivals held in Hakata city during the year. The first is the Matsubayashi (New Year’s Festival). This festival consists of four groups belonging to different nagare (districts) of Hakata. In the parade, three nagare take the role of the three gods of fortune: Fukunin/Fukurokuju (god of longevity), Ebisu (god of business) and Daikoku (god of wealth). While Higashi-nagare and Nishi-nagare take turns at the role of Chigo (messengers of god) every other year.

At the head of the parade, children (Chigo) play drums while singing the special chant, and carry a beautifully decorated Kasahoko float. The children are followed by three gods of fortune on horseback, a group with a palanquin-like portable shrine carrying Chigo. The procession enters the site of Fukuoka Castle, and the children perform a dance in front of the lord and proceed to march through the town of Hakata. Originally, the parade was held on January 15 (the lunar new year), but today it is held on the 3rd and 4th of May as part of the Haktata Dontaku festival.

Hakata Gion Yamakasa is the summer festival held to repel bad fortune. The festival is celebrated from July 1st - 15th. Its rites culminate at Kushida Jinja Shrine. Famous for its one ton float-racing, it has a seven hundred and fifty year history, attracts up to a million spectators, and in 1979 was designated an Important Intangible Folk Cultural Property. The sound of the Kaki Yamakasa (portable shrine) has been selected by the Ministry of the Environment as one of the 100 Soundscapes of Japan.

The museum features artwork and craft from the Meiji and Taisho periods but there are older pictures and paintings that depict life with the samurai. The artwork is quite beautiful. The crafts on display are created locally. Inside the museum there is a living display of the craftsman at work. There are workshops for children and adults to participate in craft making sessions. Local to Hakata is the tiger with the moving head. The tiger is painted a bright yellow color with black markings.

Next door to the museum and part of the display is a house and textile shop from the Meiji era. The living quarters feature lacquered stairs and tatami mats. The textile shop is a working shop with craftsmen still weaving traditional Japanese designs, native to Hakata.

By subway, get off at Gion station (5 minute walk)

By bus, take Nishietsu bus and get off at Gion-machi stop (5 minute walk) 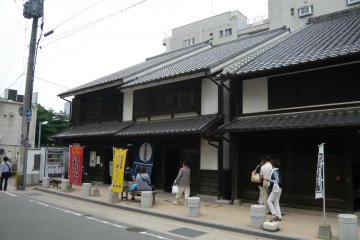 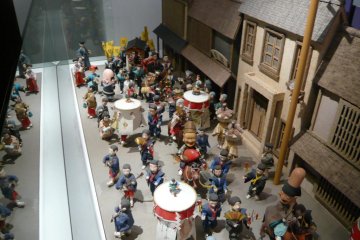 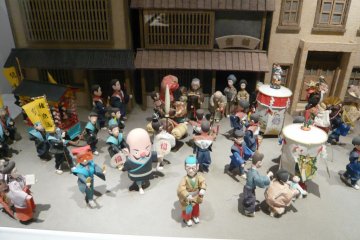 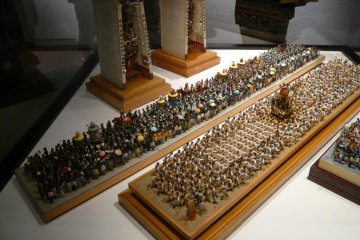 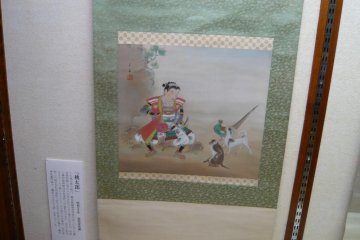 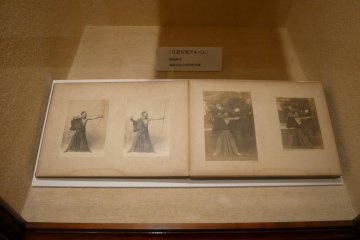 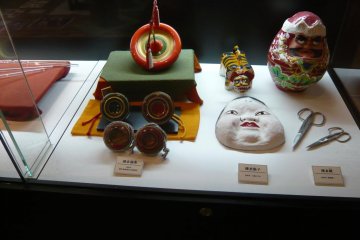 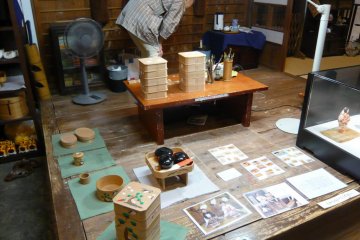 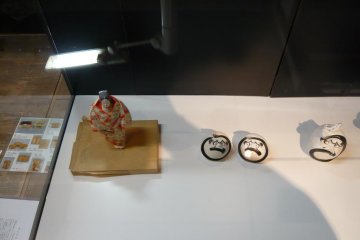 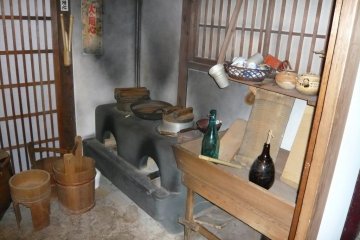 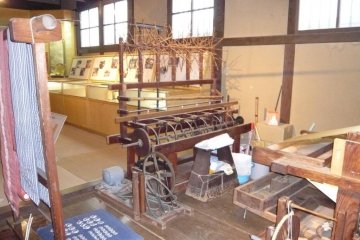 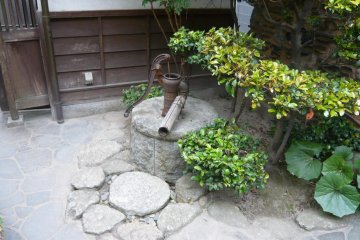 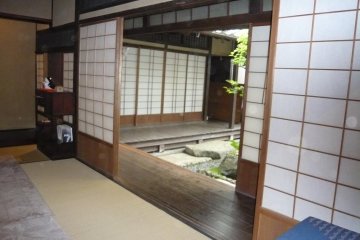 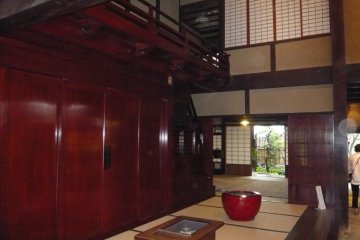 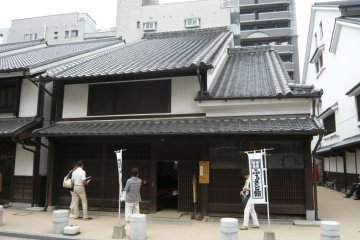