For over 80 million years, Mother Nature has been sculpting a limestone cave system in Tamura City, Fukushima Prefecture. It was discovered in 1969, and was named "Abukuma Cave" soon afterwards. It is the only limestone cave in Fukushima, giving visitors a unique opportunity to see the rock formations inside.

There are many stalactites and stalagmites inside Abukuma that have formed by the continuous dripping water in the caves. There are also many interesting rock formations, some up to several meters tall. Many have names such as, "Christmas Tree," "White Porcelain Waterfall," "Dragon's Palace," and "Crystal Garden."

Some parts of the cave are very small and narrow, requiring a bit of contortion on the part of the visitor to get through. However, the route through the caves is supplemented with stairs and railings, making fairly easy to navigate. There are several larger caves, including the "Takine Goten" or "Waterfall Court" which is the largest cave, and serves as a kind of great hall. Because of its size, the acoustics of the Waterfall Court are very good, and there are frequent concerts as well as light up projection shows held there.

The caves stay a cool 15 degrees all year round, no matter the season. Because of the consistent temperature, locally produced wine is stored here.

For a small additional fee, visitors can take a detour into a side-cave that requires more effort to walk through. There is a small underground river running along the bottom, and some rock formations can be seen only by taking this side exploration course. It is well worth the extra fee!

Just a short drive down the road from the Abukuma Caves is another cave system called "Irimizu Limestone Caves." It was discovered earlier than Abukuma, and became a National Treasure in 1934. Because of its relative difficulty compared to Abukuma, it is not as popular with visitors, meaning you can explore at your leisure without the crowds. It also offers a more involved exploration and real caving experience for the more adventurous visitors.

Unlike Abukuma, after a certain point there are no overhead lights in Irimizu, meaning visitors to the cave must bring their own flashlights, lanterns, headlamps, or simply buy a candle from the ticket office. In addition, there is a small underground river running along the cave floor, so rubber boots or beach sandals are suggested, as well as a change of clothes for afterwards. There are three courses offered to explore the cave, with the final cave requiring reservation for a guide beforehand.

I'm a Canadian living it up in rural Fukushima! I'm always looking for new places to explore! 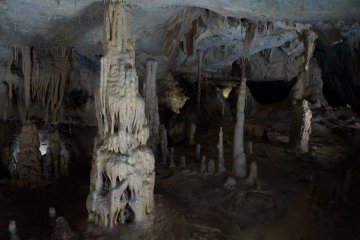 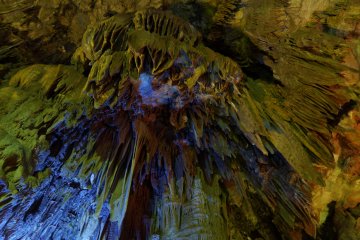 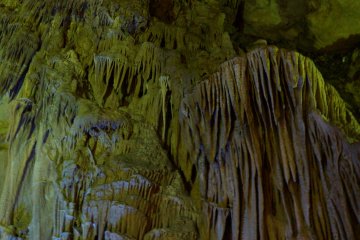 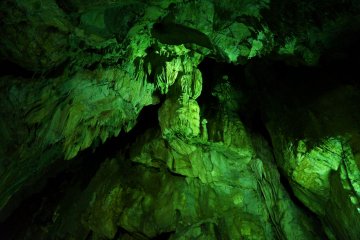 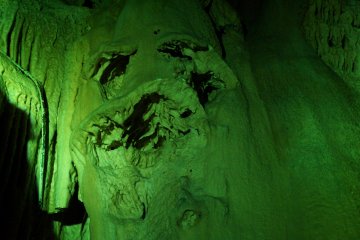 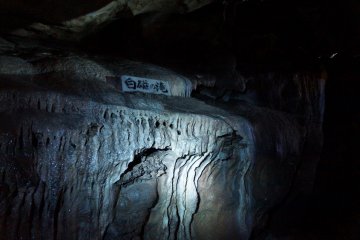 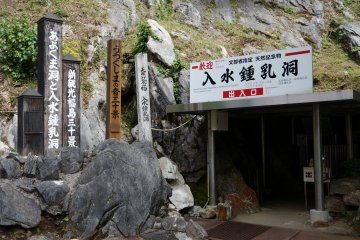 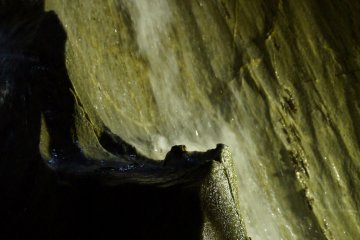 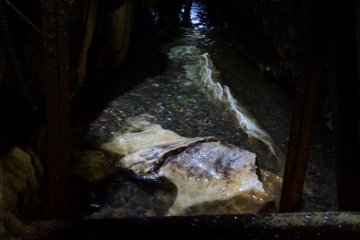