What makes a good place to stay when I travel to a new city? Comfortable is a must, as is affordable; central is good, and something particularly Japanese is nice to have. At APA hotel, all these boxes were ticked!

The lobby is small, but pretty fancy, with a little store selling snacks and necessities, and print chairs that wouldn't have looked out of place in a Parisian boudoir. I had to check in using a clunky touch screen system - I'd probably get used to it with regular use - but the staff were efficient and friendly, and I was in my room in a few minutes.

My single room was typically compact, but good design made it less cramped than it might have been: one example is that the TV is set in an alcove over the bed, so doesn't take up desk room. The bed was nice and comfortable, and the stylish modern design made for a cool background to my zoom calls. (I used the LAN internet, but there's free Wi-Fi throughout.)

The typically Japanese feature is the communal bathroom, on the first floor (ground floor to UK people) but accessed through the second. (It's not mandatory: you do have a bathroom and shower in your room too.) There's no sauna, but it was still nice to stretch out in the hot, bubbling bath once I'd scrubbed myself clean.

The hotel is on the quieter side of the station; most of the eating, drinking and shopping in town is on the east side, which you can reach through an underground passage. Over here there's little more than an Ito Yokado supermarket and the Corasse building, with its 12th floor observation lounge, and shops selling local goods and produce.

The only sight within easy walking distance is the charming Ogura-Tei historical residence; if you're feeling energetic, you can walk to the Prefectural Museum of Art in about half an hour, but the other few sights are further away still.

The rooms come in single, double and deluxe twin varieties; at the time of writing, rates were as low as ¥3500 a night for a single, but will vary with the room type and your travel dates.

The hotel is immediately next to the west exit of Fukushima station. 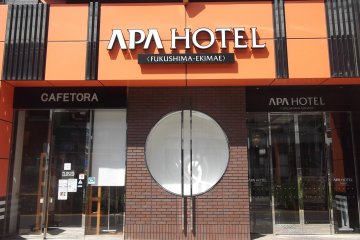 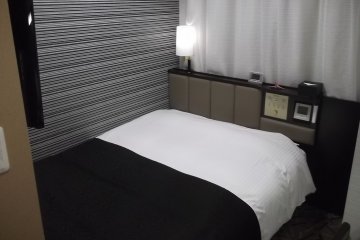 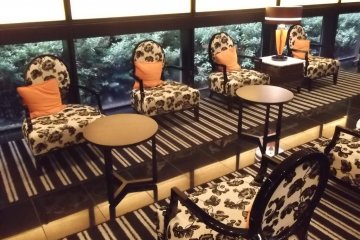 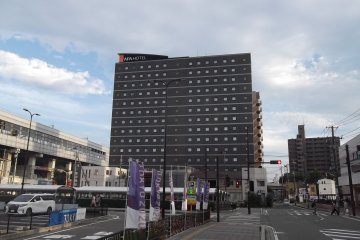 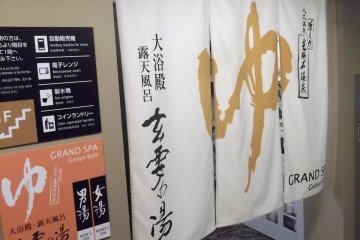