A mix of history, lore, and mystery

One of the countless historical figures young Japanese students are required to memorize in school is Prince Shotoku (574-622). He is credited with spreading and popularizing the Buddhist religion around Japan. It is said he was fond of the deity Yakushi-Nyorai (Bhaisajya-guru in Sanskrit) which had the ability to lead people along the path of Enlightenment. The deity is often called a healer, so it was only a matter of time before people compared his healing powers to rid stress and cure disease with those of hot springs. This is why a temple dedicated to the image of Yakushi-Nyorai was built in Shita-no-machi, the very place where the first hot spring waters of Tsuchiyu Onsen were discovered.

The hot spring resort of Tsuchiyu Onsen is a 30 minute drive or bus ride south of central Fukushima City. The easily walkable town is a kaleidoscope of colors: the surrounding green forests, the swift crystal blue river, the mismatch of repainted and aging houses, and the dull gray of concrete and power lines that seems inescapable even in remote Japan. Like most onsen towns in the Tohoku region, you’ll find some smiling wooden kokeshi dolls around the local souvenir shops. The history, hot springs, and Tsuchiyu-style kokeshi of Tsuchiyu Onsen have combined and evolved overtime in the form of a small temple.

Originally a temple dedicated to the image of Yakushi-Nyorai was built in Shita-no-machi, the very place where the first hot spring waters of Tsuchiyu Onsen were discovered. However, the original temple was destroyed by the flood of August 27, 1913. A generation later, it was rebuilt on November 21, 1974—this time in the Ue-no-machi district. Three items were enshrined in the temple: a lone Tsuchiyu kokeshi doll, a statue of Priest Prince Koretaka, and the image of the Yakushi-Nyorai deity. Prince Koretaka, a son of the Emperor at that time, entered the Buddhist priesthood. He made household utensils by rotating a lathe to shave wood into various shapes. He was so good and inventive he became known as the "Father of Woodcraft". This woodworking inspiration became the origin of today’s Tsuchiyu Onsen’s kokeshi doll making.

The temple is an easy 10 minute walk from the visitor’s center. While the temple is not much to look at (the temple you pass along the way is more attractive), it does maintain its historical and mysterious atmosphere. Shine a light or take a flash photo of the dark temple interior and you’ll find there are dozens of sleeping kokeshi dolls. The relatively quiet surroundings only become lively twice a year.

First is an annual religious rite, known as “Yu-kami shiki” (the rite of drawing hot spring water), takes place on April 8. In this ceremony, hot water gushing from an underground spring is drawn and offered to Yakushi-Nyorai in thanks for the blessings of onsen hot springs and in prayer for peace and security of the town.

On the third Saturday of April every year also sees the “Kokeshi Kuyo Festival” (thanksgiving for the kokeshi dolls) and the “Fude Kuyo” (thanksgiving to the paintbrushes used for painting kokeshi dolls). Both take place in the precincts of Yakushi Kokeshi-do Temple. Here the Tsuchiyu Kokeshi artisans give thanks to the doll they made and paintbrushes they used by burning them in a sacred fire ritual known as “Goma Kuyo”.

With the Tsuchiyu style of kokeshi tracing its roots back to this humble temple, I would say it is a must for any serious kokeshi pilgrim. There is enough local shopping, history, food choices, nature, and hot springs to easily entertain a visitor for a day or two. Overall this is a place to relax and explore something new, even if the journey back in time is mostly in your mind. 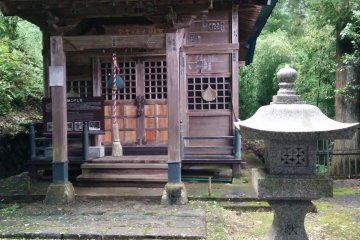 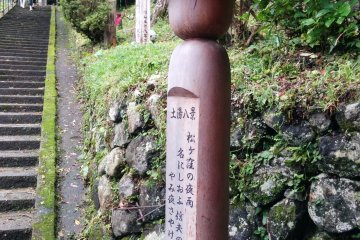 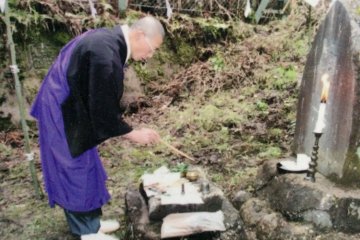 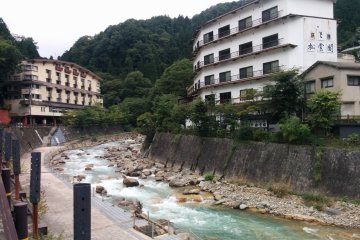 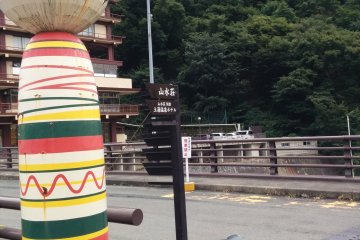 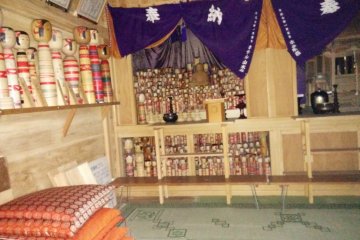 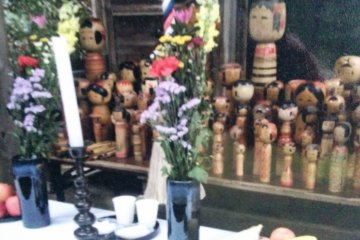 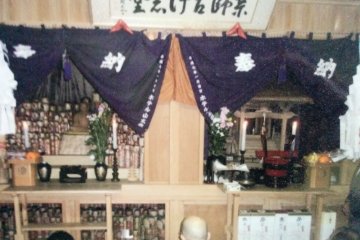