390-years of brewing sake on the Nakasendo

Most Japanese towns have a sake brewery and each sake produced tastes slightly different from the next. Some sake is mass produced while some could be called “local brew”. Along the Nakasendo in Nakatsugawa-juku there are a handful of sake breweries all producing their own unique brews. The first place you’ll come across just inside Nakatsugawa-juku, a hodgepodge of 1960s concrete and Edo period Udatsu houses, is a beautiful old building which is home to Hazama Brewery and the Shuyukan.

The exterior is a low two-floor udatsu building with a large sign saying “Ena San”; their main brand named for the mountain that supplies the water for their sake. Like most sake breweries in Japan, there is a large sugidama - a ball made of pine needles - signifying that a new brew is ready for sale. At first I wasn’t sure if it was a store, a museum or a brewery but since I was feeling curious, in I went.

Just inside the genkan (foyer) were several kinds of sake all labeled with the same address. Some were in dark green bottles with more traditional looking labels others were in clear bottles with more modern labels.

“Irashaimase!” said a middle aged woman who was managing the store for the day. I asked if the museum was open and she waved me in. When you have been in Japan a long time, it becomes second nature to remove your shoes when you enter a building and if you don’t have to take your shoes off, it actually feels odd. She watched as I shuffled my shoes off by stepping on the heels and slid into the slippers.

“Is this a sake store and museum?” I queried as I walked along the dark wooden floor toward some large wooden barrels used for making sake.

“Yes, and a brewery.” she explained. “These are barrels we used for making sake...and still use pretty much the same kinds today.”

I walked over to a table where a bottle of sake with the character “Shun” was sitting with a sign stating it was available for order. This is a sake made slightly different each season and must be ordered. Behind this display I could look out on a small wabi sabi-like garden. The woman came over and pointed to a building about 60 meters away. “That tall building is where the rice is cleaned and prepared. The building in front of that is where the sake is made. We have been making sake for 390 years.” As I contemplated that last statement, she walked away and came back with two pieces of paper explaining in English how sake is made and the different kinds of sake which was very helpful. Sake is made with a diastatic enzime or Koji which helps create sugar. Yeast is then added to help create sake. From what the lady and documents told me, wine has basically four or five steps while sake has about eleven.

The center of the main room, where people can taste test the different sake, has high vaulted ceilings and walls of blackened wood and plaster. In one area there is a small water feature flowing with water from Mt. Ena; the heart of Hazama sake.

I was tempted to try some sake but because I was driving, I resisted. Thanking the lady for the tour and introduction to one of Nakatsugawa’s oldest businesses, I returned to the genkan to go on my way like a traveler of old. 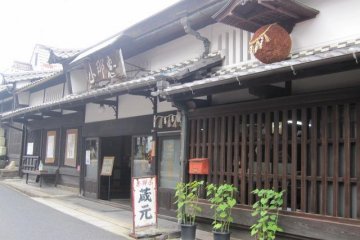 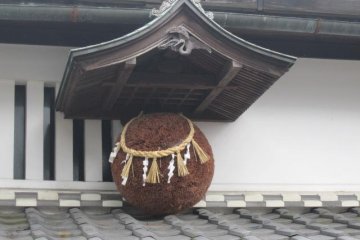 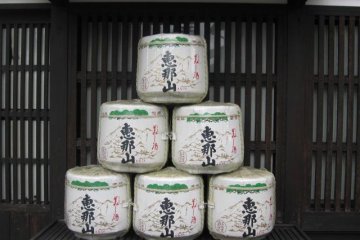 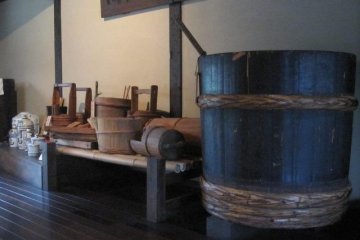 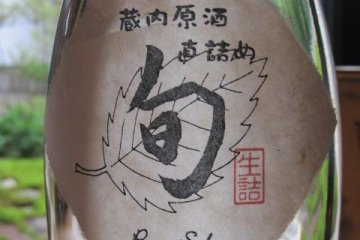 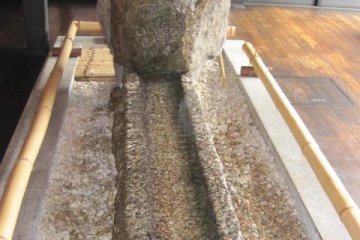 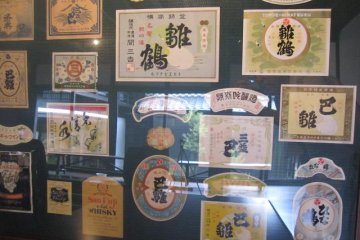 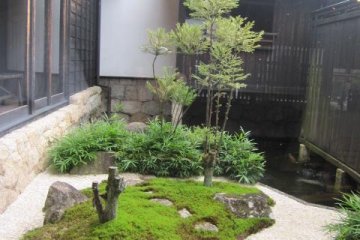 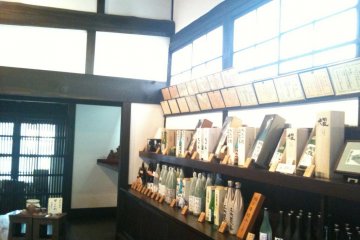 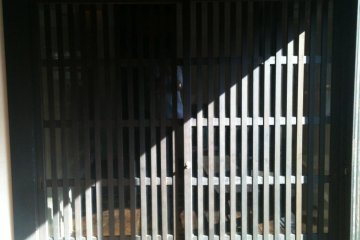 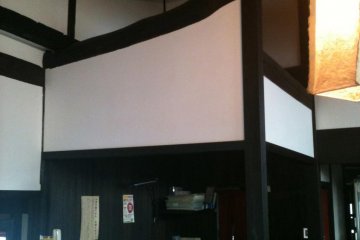