A traditional Japanese farmhouse at Shirakawago

When thinking of Japan, people first think of modernization, aggressive technology and concrete cities or unfortunately earthquakes, but i guess very few know that Japan cares to preserve its heritage and traditions safe from the hustle of the teeming world. Back home, in India many villages are gradually merging into cities, which is good and required at some point but as my Dad always insists we should never forget our roots, and that’s what i found in Japan;the message that one can touch the sky without letting go of the roots. And to explore this message further, we along with our friends, a total of 6 Indian families, set off on a weekend trip to this beautiful historic village of Shirakawa-go ("White River Old-District") located in the village Shirakawa in the Gifu Prefecture.

This traditional and scenic village is famous for its Japanese styled thatched farmhouses called Gasshou-Zukuri (‘constructed like hands in prayers’). These are so designed to withstand the heavy snowfall in winter. Also another characteristic feature of these houses is that the roofs are built without using any nails and the attic at the top is traditionally used for silkworm harvesting. Some of these houses are more than 250 years old and the entire village is now preserved as a Unesco World Heritage site.

We visited Shirakawa-go the first weekend of March this year and stayed overnight at one such Gasshou-zukuri, named Nodaniya. It was the first time we stayed in a Japanese guesthouse. The whole experience was really amazing! The Japanese interiors, the food and the hospitality made it all the more special. Since we had chartered a bus for the whole trip, we had the convenience to alight right in front of the farmhouse. The owner of the house, Mayumi San, a gentle cheerful lady, greeted us with her warm smile and showed us around the house.

The reception area was nicely done with local handicrafts and framed photographs depicting the seasons and history of the place. Towards the right was a wooden floored corridor with Japanese-styled rooms on either side. The rooms were all internally connected and could be partitioned by sliding doors. Traditional tatami mats neatly covered the floors and the Japanese style dining tables at the center of each room, were all set with green tea and local cookies for us.

After settling our luggage, we headed out to check out the surroundings and after a wonderful relaxing time of exploring the gorgeous snow covered valley, by the time we were back at the guesthouse a fabulous dinner was already waiting for us. The whole arrangement and the decoration was no less than an exquisite art. It was just so appealing and tempting! I wonder how Mayumi San could arrange for so much in such a short while. Once we were done with this sumptuous healthy meal, some of our friends went ahead to enjoy a soothing bath in the nearby onsen while we enjoyed chit chatting laying down on the comfy futons already laid down for us.

Nodaniya has two washrooms separate for gents and ladies and two wash basins. There is only one common bathhouse, kept ready with a tub of hot water and there is the big kitchen equipped with microwaves, refrigerators and other utilities. The rooms were all provided with heaters. And after a cozy dreamy night of wintery sleep, we woke up next morning to an equally elaborate arrangement for the breakfast.

After enjoying the delicious meal, we checked out of the guesthouse at around 9 am, but only after thanking our kind and gentle host Mayumi San, again and again, for all the meticulous efforts she had put in to make our stay at Nodaniya so comfortable and memorable. 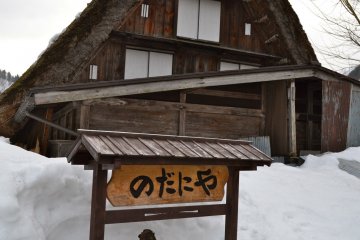 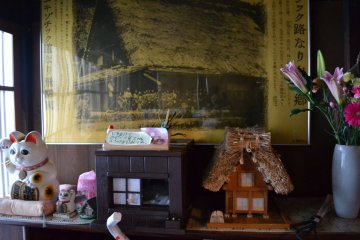 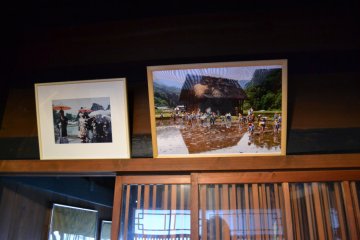 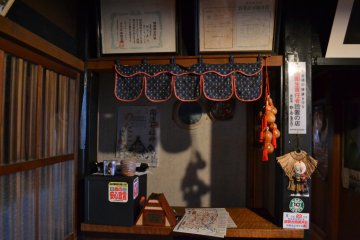 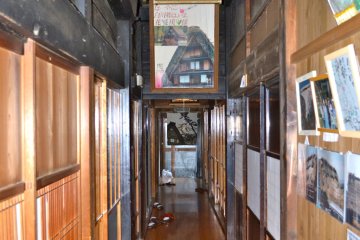 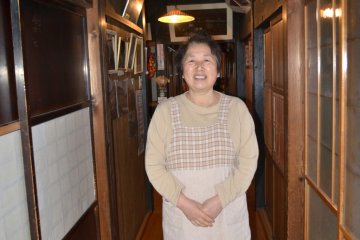 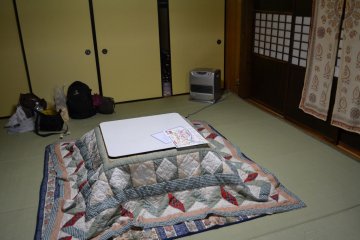 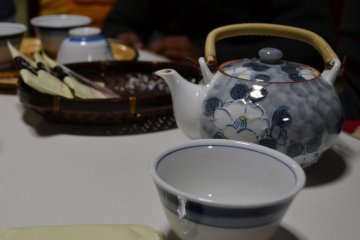 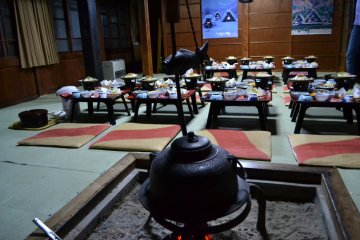 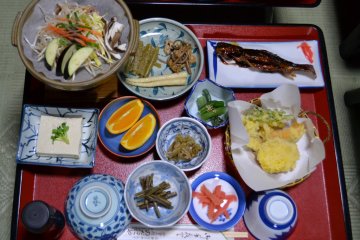 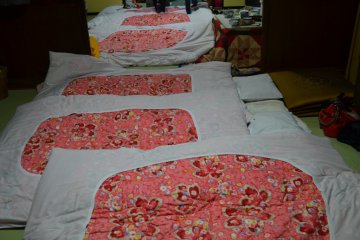 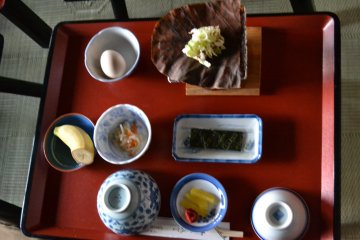 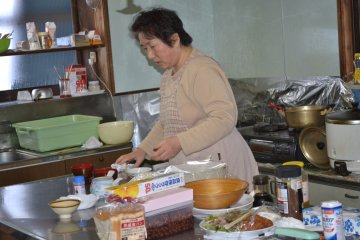