The biggest, bloodiest battle of the Samurai

Sekigahara was the biggest, the bloodiest, the most violent and most important of all samurai battles, fought between the factions of a nation divided in two, East and West. 30,000 samurai lost their lives in six hours of fierce fighting on October 21, 1600 when the two great forces clashed on the small plain at Sekigahara.

Japan had long been at civil war until Oda Nobunaga commenced unifying the nation. Upon his death at the hands of a traitorous general, another vassal, Toyotomi Hideyoshi took the reigns and lead the nation to peace. When Hideyoshi was on his deathbed, he called on his council of regents to rule in his infant son’s stead. The regents were all powerful warlords, and the most powerful of them all was Tokugawa Ieyasu.

Once Hideyoshi had passed away, Ieyasu commenced wrangling power away from the Toyotomi and into his own hands. With half the country condemning Ieyasu for his usurping actions, and the other half supporting him, the nation was ripped in two, culminating in the greatest battle the samurai ever saw, Sekigahara.

The battle started at 7:30am when the morning mist lifted and some 180,000 men commenced butchering one another in a battle that lasted a little over six hours, but proved to be a major turning point in Japan’s long history.

The Western loyalists were numerically superior, and they held the high ground surrounding the Eastern forces, however, during the great battle a number of Western allies suddenly turned, coming to the aid of Ieyasu and the Eastern troops, changing the tide of the battle.

By 2pm that day, Tokugawa Ieyasu had won! The nation was his, and he would soon be invested with the title of Shogun, a position his family would control for the next 250 years.

The best way to see the old battlefield is to start at the Sekigahara Town History and Folklore Museum, (350 Yen entry) with it’s many fine exhibits and detailed information on the battle, its participants and the weapons and armor used. The museum also features a well-stocked souvenir shop with all manner of Sekigahara related goods for sale.

Bikes can be rented for 500 Yen per day from the museum, which will also provide you with a map of the battlefield. The base camps of the major warlords are clearly marked on the map and at each site, that particular lords’ battle flags can be found fluttering in the breeze above stone monuments and information signposts.

Although the battlefield is quite narrow, it can still take a full day to visit the more important campsites.

A suggested route would be to start from the Western leader, Ishida Mitsunari’s HQ atop Mt Sasao, below which the bulk of the fighting took place. Ishida’s war camp provides a great view of the entire battlefield. Lightweight replica samurai armor can be rented from the Community Center beside Mt Sasao, and so you can spend your day touring the battlefield looking like the warriors of old, in full armor, sword ready and mounted on your trusty,…renta-bike!

From there make your way south to the sites of the Shimazu, Konishi and Ukita camps. Another small detour will take you to the Otani base and not far from it, the grave of Lord Otani Yoshitsugu, the only general to have committed Hara-kiri on the field that day! Pass under the expressway to the Wakasaka war camp, and above that, Mt. Matsuo, where the traitor Kobayakawa Hideaki set his war banners. Climbing Mt Matsuo will take at least 45 minutes, and it’s a long and strenuous climb, however the view from the turncoats HQ will be worth it!

After Mt. Matsuo, head north along the Eastern Forces’ line of defense, Fukushima, Todo, Kyogoku and Honda. From there head to the Head Mound! There are two Kubizuka Head Mounds, where the heads taken in battle were dumped in a huge pit. The Eastern mound is just beside the Sekigahara Railway Station next to the Ii and Matsudaira war camps, the Western head mound is 500 meters away, south of the killing fields. Wrap your tour up with a wander around the small park opposite your starting point, the museum. This was where Ieyasu commanded his troops from, and where he inspected the thousands of enemy heads taken by his men after the fight.

Sekigahara Warland is another interesting side trip. Just outside of the little township is a large park containing hundreds of life sized concrete figures re-enacting the battle. It’s a little kitsch, but it gives you an idea of who was where, and what it would have looked like. Although a little run down, Warland also features a small museum dedicated to the battle and containing a large array of samurai armor.

Study up on the battle before you go to really appreciate exactly what happened that bloody autumn day, and its role in the forging of modern Japan. 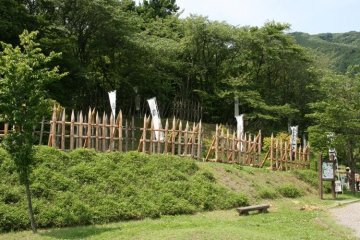 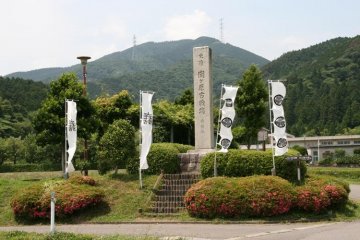 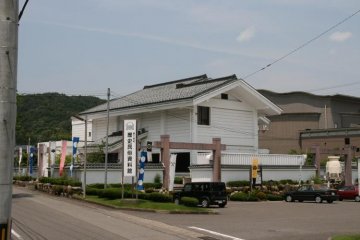 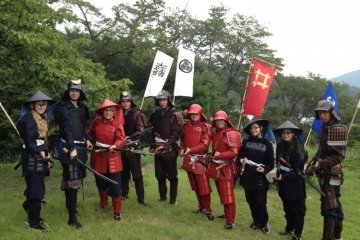 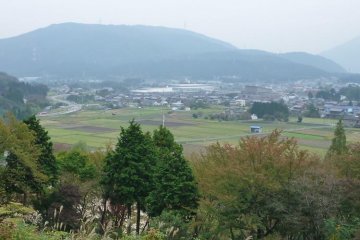 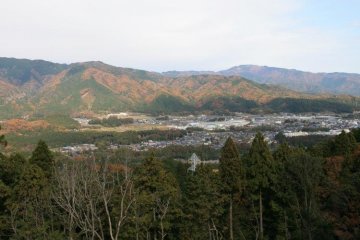 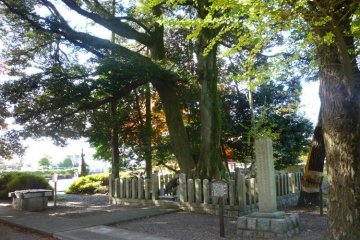 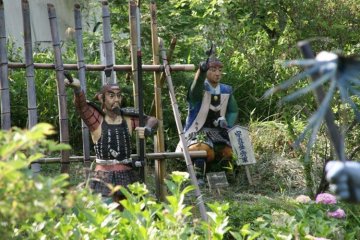 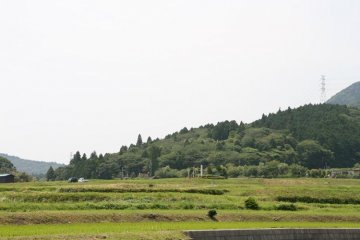