Sunomata, The One Night Castle

The legendary castle erected in a single night!

On the banks of the Sai and Nagara Rivers, just outside of Ogaki City in Gifu Prefecture sits Sunomata Castle. A small castle as castles go, Sunomata has a big story behind it.

Sunomata Castle was constructed by Toyotomi Hideyoshi, a general of Oda Nobunaga during the buildup to the siege of Gifu Castle in September of 1567. According to legend, Sunomata Castle was constructed overnight, hence its other name, Ichiya, or “One Night” Castle. In reality, it would have taken two or three days to complete the basic defensive structures, and even longer to complete the surrounding moats, however Hideyoshi cunningly prefabricated parts of the fortress, and had it erected “overnight”. This also served as a most effective psychological ploy to demoralize the enemy. Hideyoshi’s success in building the castle where others had previously failed increased his standing within Nobunaga’s forces, and is considered the beginning of his success story. The castle’s successful construction also lead to Nobunaga defeating the garrisons within Gifu and becoming the lord of the local Mino Domain as well as Owari!

Hideyoshi would use the same ploy years later during the Siege of Odawara in 1590 when he constructed Ishigakiyama Ichiya Castle overlooking Odawara Castle.

The actual Sunomata Castle itself was never as grand as the reconstruction is. In reality it was nothing more than a series of log palisades surrounding a wooden walled fortress with simple lookout towers and basic living quarters. The castle was reconstructed as a local history museum and its design was based on nearby Ogaki Castle. The museum itself is well worth visiting however, with fine explanations surrounding the rise of Toyotomi Hideyoshi, and the castles’ role in the attack on Gifu Castle. There are georamas showing the castle as it would have looked in the late 1500’s as well as the local township. Samurai weapons and armor including a helmet bowl discovered in the mud when excavations of the castle site were being performed are on display too. On a clear day, you can see Gifu Castle to the north, and even the skyscrapers surrounding Nagoya Station some 3o kilometers to the east. Unfortunately, being a rural attraction, there is currently very little in the way of English explanations.

See Sunomata Castle, a small castle off the beaten path rarely visited by non-Japanese, and one that helped change the face of Japan’s long history. 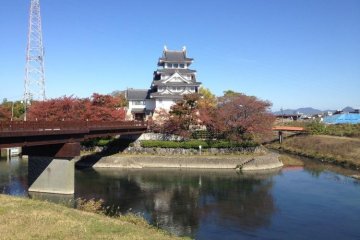 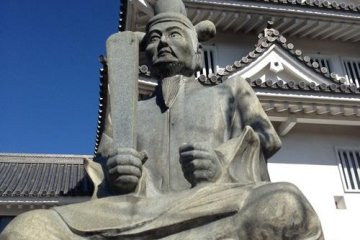 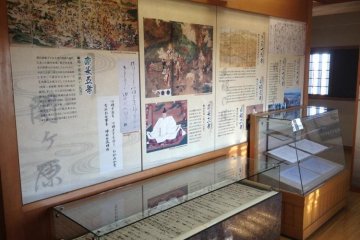 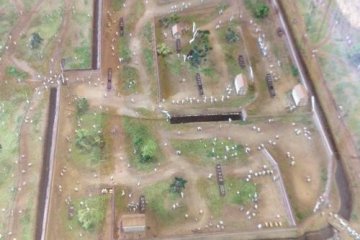 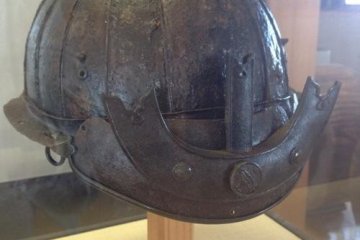