A marionette in action at the Karakuri Museum. (Photo: Euan Prentis)

Due to their centuries old practice and role in binding the local community, the Takayama Festivals, which occur every Spring and Autumn, were registered on the UNESCO intangible cultural list in 2015. Only a brief look at photographs from or the relics of these colourful festivals, characterised by their illustriously decorated floats and intriguing puppets, will indicate why they're so awed, and they must be seen if you happen to be there when they occur. Unfortunately, the majority of travellers will miss the festival periods. However, do not despair. A great taste of the craftsmanship and performance involved in the festivals can still be had by stopping by the Karakuri Museum.

Perhaps the best part of the Karakuri Museum is the puppet performance, staged in the center of the museum at regular intervals. This demonstration is particularly unique when compared to others offered around the country in that it displays the five kinds of puppets used in these festivals, involving both human controlled marionette puppets and the famous machine operated karakuri dolls. Each is a wonder to behold, whether this be due to the excellence of the puppeteer’s manipulation of the doll, the intrigue of seeing the karakuri’s machinery, or the simple enjoyment of the cultural backdrop of the display. The demonstration is also nicely interactive, participants being called forward to be served tea by a tea-serving karakuri or receive a lovely souvenir in the form of calligraphy written by one of the marionettes during the performance.

A good amount of time can also be spent looking at the lion mask exhibition. The quantity of masks housed here is impressive, the museum boasting to present over 300 on display. Such other items as traditional garments from the Takayama festivals will also be found dotted throughout the exhibition.

The Karakuri Museum is a brilliant site to stop by if you want to appreciate the design of the lion masks, marvel at the craftsmanship of the the karakuri dolls, or simply experience a little of Takayama’s famed festivals in the off-season. 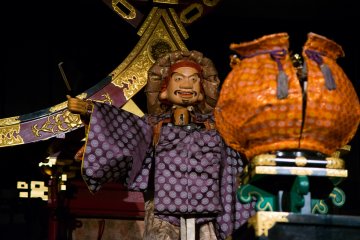 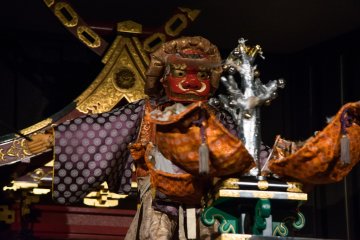 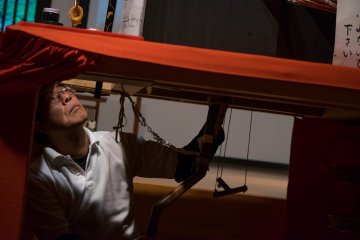 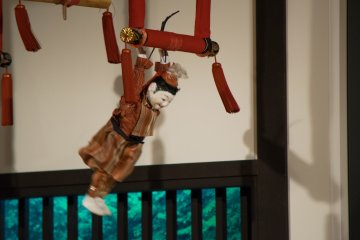 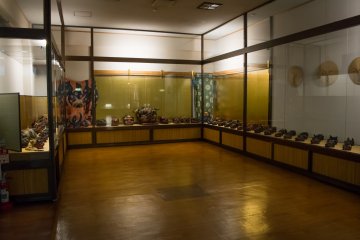 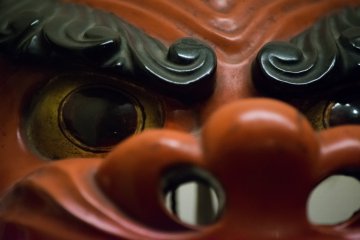 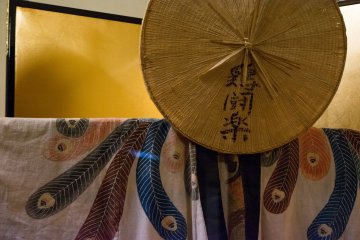