Cosmos flowers are one of the highlights of Japan's autumn months, and they often get the name of "autumn's cherry blossoms" owing to their color and beauty. There are numerous places to appreciate these colorful blooms across the country, but if you're wondering where to start here are five of the best!

Awaji Hanasajiki is a botanical garden located in Hyogo Prefecture, and you'll find a wide range of blooms here to enjoy year-round including the likes of poppies and snapdragons in spring, sunflowers and blue salvia in summer, and stock flowers in winter. The highlight of autumn is the massive cosmos field which blooms from early October to early November.

One of Tokyo's outdoorsy delights is Showa Kinen Park, and a popular time to visit is during the autumn months. The park is known for its ginkgo tree-lined avenue which turns a stunning yellow hue, and the cosmos flowers are another delight of the season. The number of cosmos flowers planted here exceeds five million, which creates an incredibly picturesque scene.

Regarded as something of a well-kept secret - perhaps not for long - the Iwappara Cosmos Park in Niigata Prefecture showcases these pretty blooms against a lush green mountain backdrop. The park is set up on a hill in the Uonuma countryside, a region of Japan often referred to as snow country. The park is closed during the winter months because of the heavy snowfalls the region gets, so enjoying the cosmos flowers is the perfect way to farewell the autumn season before the area is blanketed in white.

Way up north in Hokkaido's Monbetsu region, the Taiyo-no-Oka Engaru Park shines before winter with their incredible cosmos display. There are a host of different cosmos varieties planted here, including the likes of the early-blooming Versailles Radiance Special, to the Double Click cosmos which features unique double-petals in a conical shape. There's no admission fee to visit the park, so if you're in the area be sure to stop by.

One of the most unique cosmos fields in Japan is in Fukuoka, and it sits right by the Kirin beer factory. The factory offers tours which educate attendees about the beer making process (in Japanese only), and tastings are offered as well. Start with the flowers, end with the beer (or vice versa), and you've got yourself a ready-made fun day out. 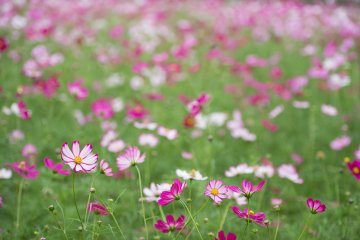 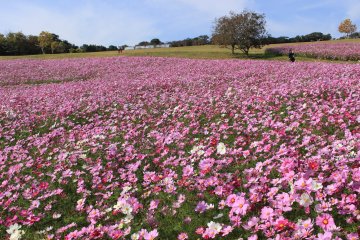 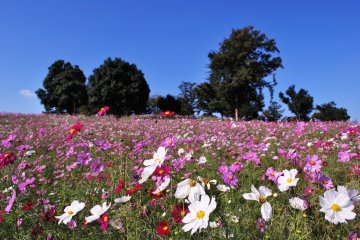 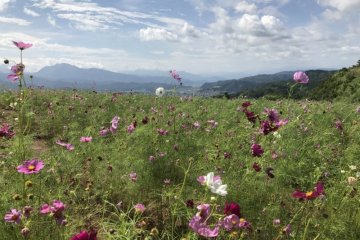 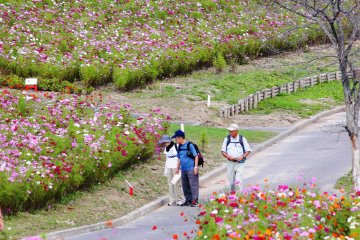 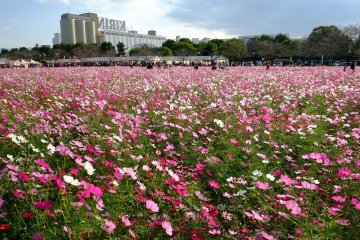